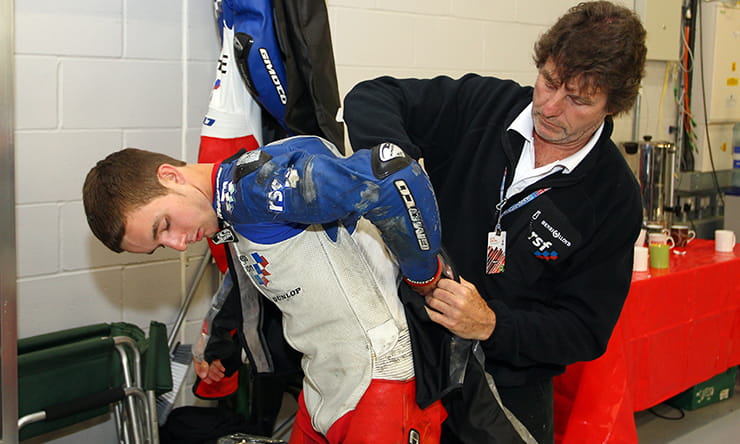 When John McPhee took victory at the Czech Grand Prix, it marked not only a great personal achievement for the 22-year-old Scot but a major success for Racing Steps Foundation (RSF), the backers that have taken him from British 125 rookie to Grand Prix winner.

Founded and funded by successful businessman Graham Sharp, RSF was originally set up to take promising kart drivers through the single seater car classes with the aim of landing in Formula One. The foundation currently backs six promising car racers, alongside McPhee and 14-year-old bike talent Rory Skinner, who races in the Moto 3 Junior World Championship with RSF backing. It remains the only organisation bankrolling our young talent into the world stage.

Over the years, Racing Steps has backed a number of promising British talents, including Wayne Ryan, Kyle Ryde and Fraser Rogers, but McPhee is the first to emerge as a genuine world championship level contender. Bike Social spoke to RSF’s motorcycle racing manager, Peter Ball, to understand the role they’ve played in bringing talent through in a notoriously expensive sport.

He said: “When we started out, we had identified that you could not jump from 125s in the UK, to the Grand Prix.

“In the UK we only have two circuits you would consider to be Grand Prix circuits – Silverstone and Donington – and the others bear no resemblance to tracks you’d ride in the world championship. Secondly the UK circuits are generally dangerous, with little run off, where in other countries have more modern circuits, and the key example of that is Spain - so you could argue that Britain is not the best place to train young riders if you want them to compete in the world championships.

“Also in the UK, 125s, as they were then, ran within BSB. They were limited for track time because of number of races at BSB. BSB is a commercial series and does a great job developing riders through 600s into superbikes but that’s their natural route to go, because they want to hang on to the UK guys in the UK paddock.

“The amount of track time they got was limited. It was 20 minute sessions, although that has changed slightly now. The other issue in the UK is that if you try to take a kid along to a local circuit to get some track time on a track day, in most cases you can’t do it for insurance purposes, so everything is fighting against you. That’s why our programme is based in Spain." 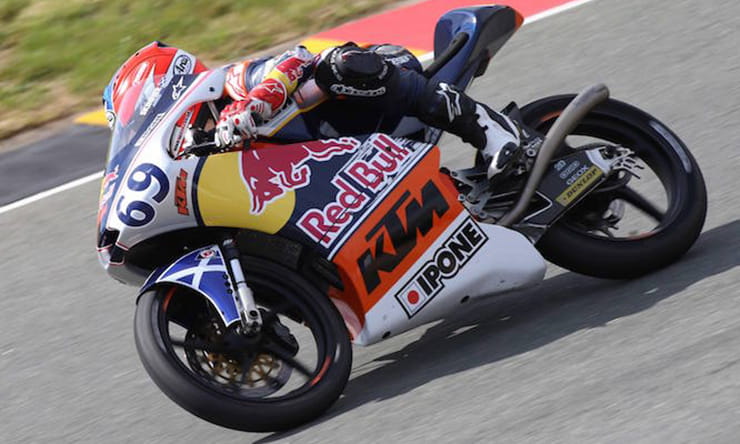 While talent, dedication and having the right people around you are a minimum for any racer looking to make it to the top, the fact is that cold hard cash is king for riders in their formative years. Estimates suggest a rider needs to pay a team around £200,000 to bag a half-decent ride in the Junior World Championship, with at least 50% more required to make it into the full world championships. With that in mind, it’s easy to see how so many youngsters end up in the cul-de-sac of the national championships. Elite Spanish, Italian and Asian talent have feeder teams that pick the best of the best and run them in the Junior World Championships, before taking them through to Moto 3. RSF currently remains the only real hope for a British youngster to make it into the MotoGP paddock, running a bike for Skinner in the junior series and funding, until this season, McPhee’s ride with the German Saxoprint team.

“John demonstrates that great attitude. He is extremely focused on becoming a world champion and works incredibly hard. It’s not just about riding. At that age, it can be difficult for riders to adapt to the different cultures of riding abroad and they can get distracted by outside factors, such as girls. We’re looking for the right attitude and work with our riders on everything from diet and fitness to media training, we also employ a mind coach and we’ve seen the benefit of that with Rory this year, to help him build his confidence back up after injuring himself.”

Ball says that aspiring bike racers could do a lot worse than looking at the recent results of TeamGB in Rio, adding: “Riders from Spain and Italy have role models that they can look up to but we don’t really have that here. The sort of dedication shown by the athletes at the Olympics shows just how much hard work needs to put in, but it also shows the benefits of funding.

“A few years ago, British Cycling was nowhere but now we are the best in the world. We would love to work with external partners but in truth it is very hard to get funding for motorsport, perhaps because we are seen as dangerous and not green. It’s a shame that there is no government funding because we have a great tradition for engineering, and engineering and racing go hand in hand.”

Britain has some fantastic young riders, with schoolboy talents like Max Cook, Charlie Nesbitt and Storm Stacey showing the raw ability to deserve an opportunity beyond the British Motostar championship. There are lots of people working behind the scenes to try and put a programme together that will give such talents a springboard onto the world stage, but for now a ride with RSF remains the only realistic route for a Brit to go through the recognised route into GPs.

With McPhee graduating from the RSF programme at the end of this year, the good news is that there may be an opportunity for another youngster to go through their system. Ball says that they are always scouting new talent, so perhaps we will see another rider gain that golden chance to make it on the world stage.
Recommended Articles