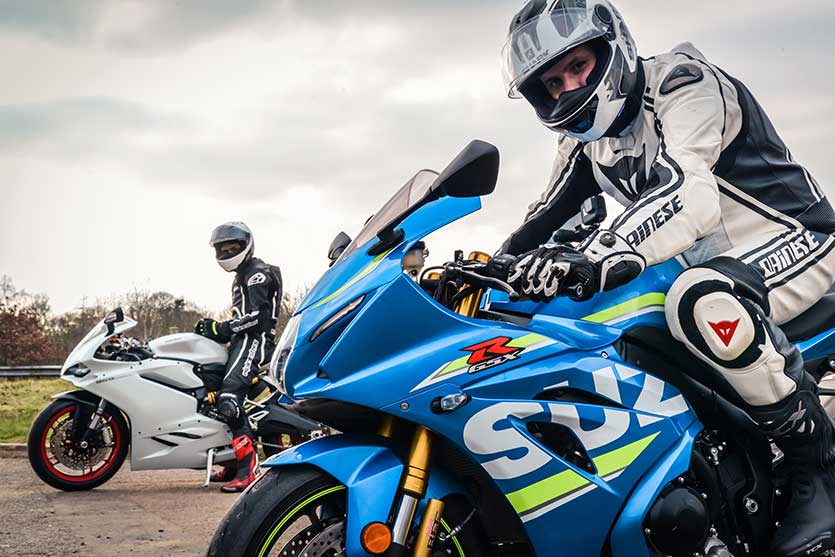 Third Party Only motorcycle insurance is the most basic (and usually the cheapest) form of motorcycle (or scooter) cover you can have to comply with the law. If you have Third Party Only cover and are involved in an accident your insurance will only cover losses and damage to anyone else involved. If the accident wasn’t your fault you will have to recover any of your losses from the other party and that will mean proving beyond all doubt that the accident was their fault.

The other two common forms are…

If you are involved in an accident and another person (the third party) is injured or their vehicle or property is damaged, then you will be liable for the costs incurred to compensate for their losses. This could mean fixing their vehicle or repairing their property or it could mean compensation for income lost through their inability to work or fulfil other obligations.

The costs incurred can be many and expensive (we know of someone who claimed the cost of a gardener that they had to employ because they were unable to look after their garden) and so, the law requires all motorists and motorcyclists to have insurance that will pay for such damages.

If you take Third Party Only motorcycle insurance from a top insurance broker such as Bennetts you still do get;

If you have an accident where there isn’t another party who is clearly responsible (such as a tumble on spilt diesel or ice or wet leaves or mis-reading a corner and running out of road), Third Party Only insurance doesn’t cover the cost of your injuries and any loss of earnings or hospital care or physiotherapy you might need.

It doesn’t cover repairing your bike or moped or replacing your damaged helmet or leathers or compensation for time off work. And, of course it doesn’t replace your bike or scooter if it gets stolen or damaged in an attempted theft.

In the above circumstances a Comprehensive policy would pay out, but not third Party Only.

How much money will I save buying Third Party Only motorcycle insurance?

Often the savings are not as great as you might expect. Insurance premiums are built from your individual ‘risk profile’ and, in some cases, a person asking for TPO insurance might be considered to be more of a risk because under some measures they might be seen as someone who cares less about their bike (and also maybe it’s upkeep and security) than others.

Insurance underwriters have huge amounts of historical data that help when profiling risk and, for some if the typical TPO customer is seen as a greater risk than a customer wanting Comprehensive or Third Party Fire and Theft, then the quote will be higher.