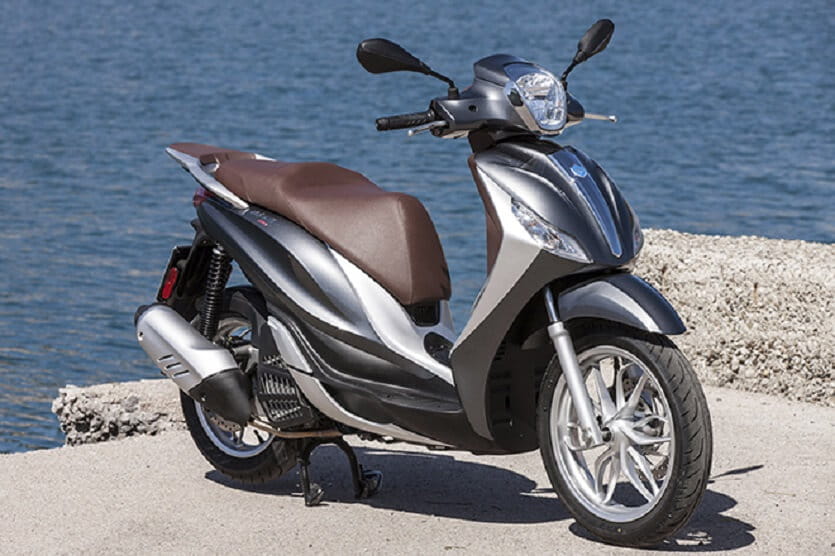 A brief history of Piaggio scooters.

Like many other motorcycle manufacturers, Piaggio’s biking heritage came from a man with a post-war vision to create inexpensive vehicles for the masses. Although founded in 1884 by Rinaldo Piaggio, the company initially produced trains and, during World War I, bomber aircrafts.

However, with the factory completely demolished by bombing, the state of the country’s roads and the poor economy, Rinaldo’s son, Enrico Piaggio, was the man with the vision to drive the business forward by creating a modern and affordable form of transport.

Enrico approached aeronautical engineer Corradino D’Ascanio to create a vehicle that would be simple, robust and affordable. It had to be easy to operate for both men and women and have capacity for a passenger. The result was the iconic, original Vespa scooter, launched in 1946, complete with shields to ensure that riders’ clothes did not get dirty! Within ten years, more than 1 million Vespa scooters were sold.

In 1959, the Agnelli family – owners of car maker Fiat SpA – acquired Piaggio. Under this ownership, Vespa continued to thrive until 1992. Seven years later, in 1999, Piaggio was taken over again, this time by a private equity firm, but hopes for a sale were dashed and by the end of 2002, company debts totalled 577 million euros. However, Roberto Colaninno believed that despite the financial turmoil, the Piaggio brand was still strong. In 2003, he invested 100 million euros for one third of Piaggio and the opportunity to run it.

The factory was redesigned using Japanese principles to install assembly line production, staff morale was given a boost and productivity increased. The changes made way for new innovations and in 2004, Piaggio scooters introduced two world firsts: a hybrid scooter and a three-wheeled tilting scooter – helping to re-establish Piaggio as a European market leader. Piaggio is now the fourth largest producer of scooters and motorcycles in the world.

Why choose a Piaggio scooter/moped?

Rising fuel costs and the ailing economy are all reasons for us to review our everyday costs for areas to cut back. Piaggio scooters and mopeds provide an affordable solution to daily commuting and everyday transport needs.

The added benefit is that the introduction of the innovative three-wheeled MP3 range, means that you can use and obtain scooter insurance for a Piaggio MP3 on a standard car driving licence, making it easier than ever to cut daily costs quickly.

Piaggio mopeds also provide a viable form of transport for those not yet old enough to hold a car licence, but desperate for the freedom and independence that a scooter can provide. A 170-strong UK dealer network also means that servicing and assistance is easy to access for peace of mind.

We understand that as a Piaggio scooter owner, one of the key elements for your scooter insurance is affordability. As a motorcycle insurance specialist, we have access to a panel of eight insurance underwriters to provide our best value Piaggio moped insurance possible – helping to ensure that the daily commute remains affordable.

How to get a quote for your Piaggio scooter/moped

Getting an insurance quote from Bennetts is even easier than learning to ride your Piaggio scooter or moped. We search our panel of insurers to find you our best price for the cover you need.

More Information on Riding a Moped & Scooter from Bennetts