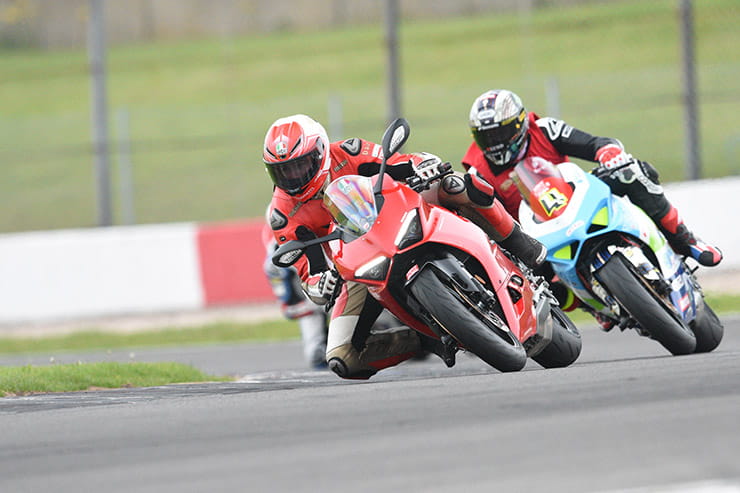 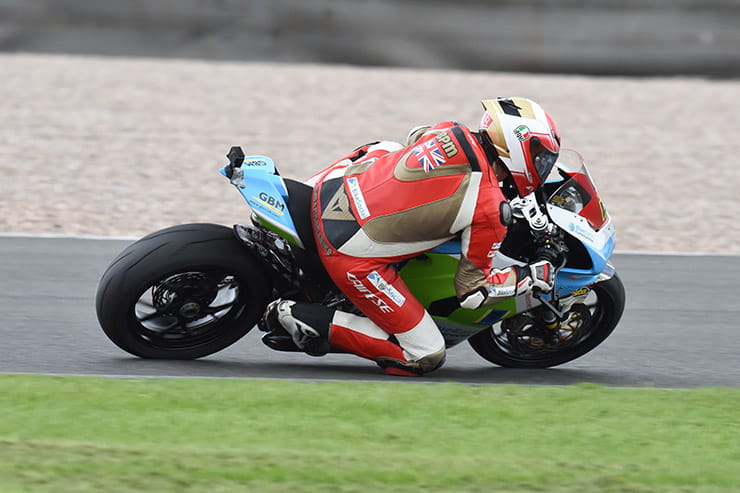 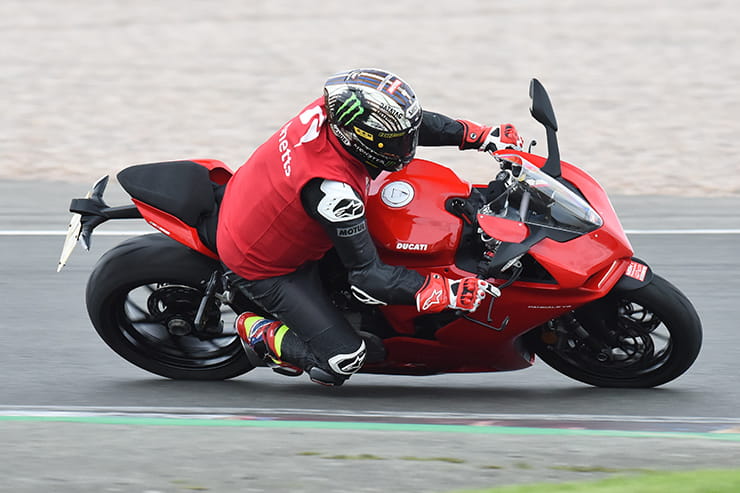 One of the world’s most fiercely competitive motorcycle race series is the Ducati Performance TriOptions Cup, featuring young mavericks swapping paint with more experienced stalwarts on near identical machinery with the 959 Panigale and Panigale V2 being the only two eligible models. Supporting the Bennetts British Superbike Championship once again in 2021, competitors can pick up a completely standard and homologated production bike from their local Ducati dealership (at a discounted rate for those registered for the championship), have the standard race map uploaded, a few bits of weight saving, add a set of championship-spec tyres and they’re good to go. There are a few additional, non-compulsory amends they can look at, all of which is detailed further, but how much quicker can one go on a ‘race’ bike than the standard machine, complete with its lights, mirrors, and numberplate?

It’s good job Bennetts-supported, 23-times a TT winner, John McGuinness MBE, races in the series and was at the Ducati Owners Track Day at Donington Park recently so we could find out. 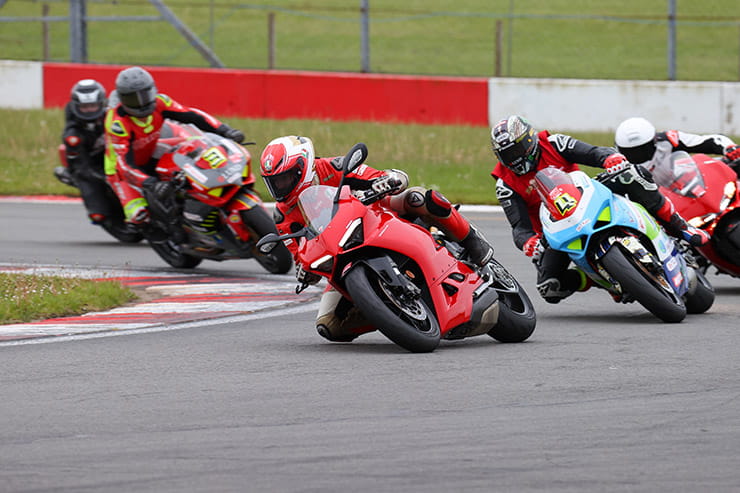 Mann leads McGuinness… it’s not often I’ll get to use that!

The 49-year old’s long and glittered career has been somewhat defined by his successes around the 37.73-mile Mountain Course at the Isle of Man but he’s had plenty of short circuit racing over the last thirty years, including competing in the condensed 2020 Ducati series last year. Finishing 7th overall and scoring points in all-but-one races, including a season best 4th place at Oulton Park, he’s primed and ready for the 2021 season with podium finishes a realistic ambition from the 16 races at eight rounds. The season kicks off as a support race to the World Superbike’s visit to the UK at Donington Park in early July, and McGuinness is keen to continue in 2021, with the reasons why he goes racing as “…for fun and enjoyment, and to give my family something to do!” 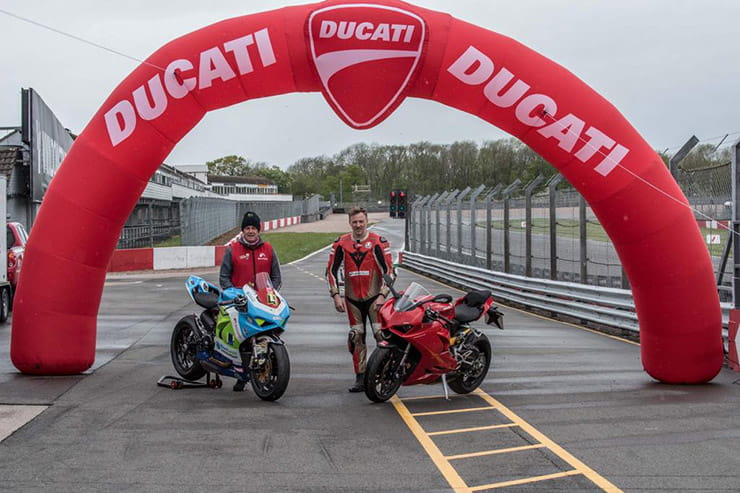 Differences between road and race

While the retail price on the production Panigale V2 is listed as £15,200, if you register for the championship that price drops to c.£11,500. The dealer will also sell and fit the approved end can and engine map in line with all other competitors with the 959 Panigale limited to 150bhp and the Panigale V2 to 155bhp. That level of power means less stress on the engine and drive train components compared a 230bhp Superbike, all of which keeps the budget to run in the championship a little more realistic.

Minimum weight at any time including fuel is 176kg which happens to be the manufacturer’s declared ‘dry’ weight for each model too, meaning there’s quite a gap already between our 200kg (wet) road bike and McG’s racer. But what can be changed? Here’s a list of the main components, most of which aren’t even mandatory but if you want to be competitive then every little helps: 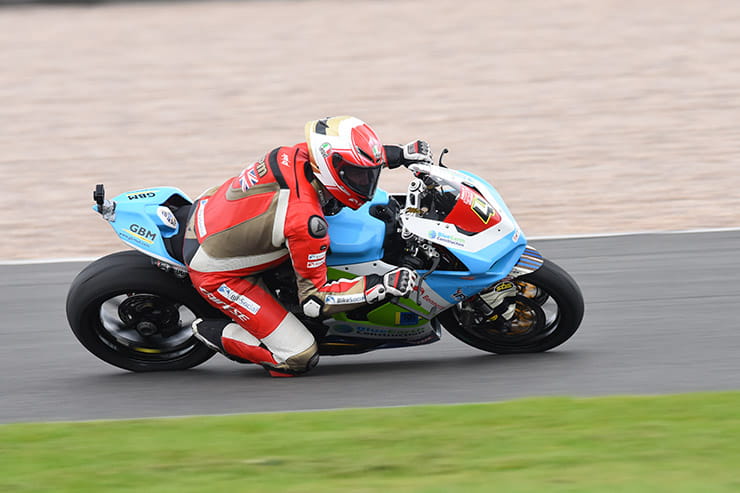 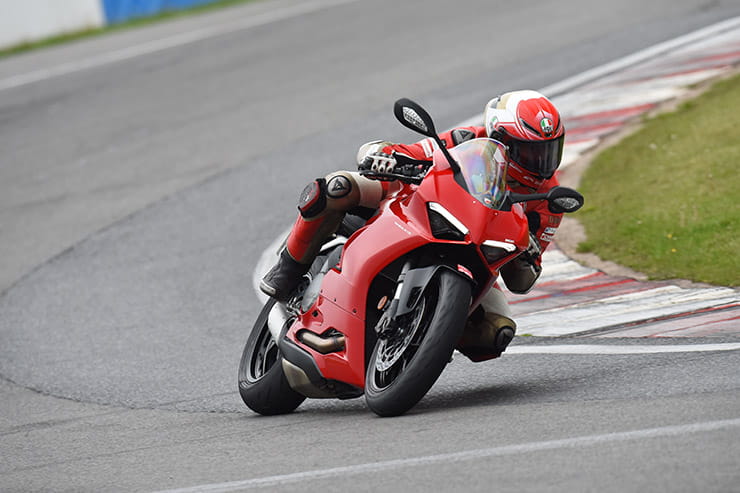 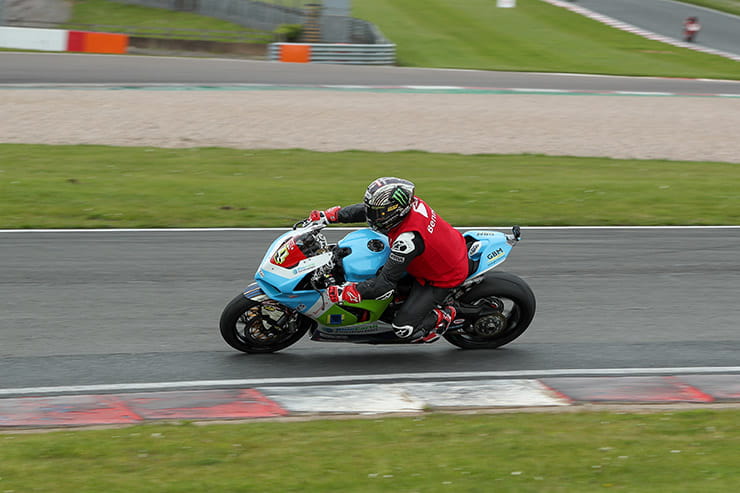 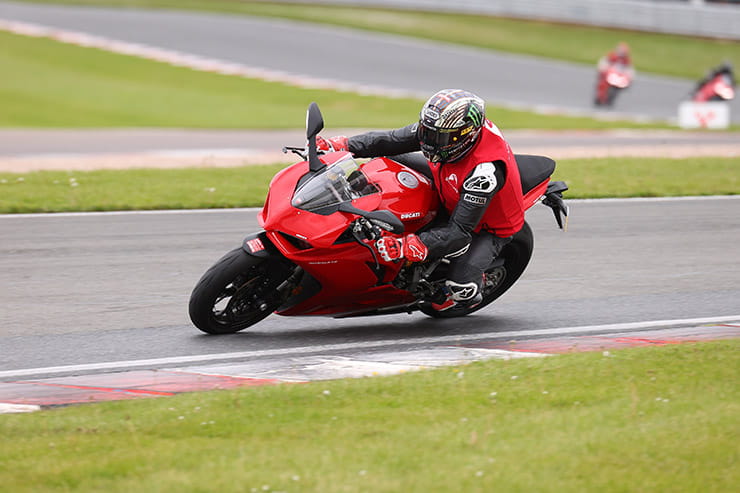 The McGuinness race bike is exactly how it finished the 2020 season and exactly how it came back from the official preseason test at Oulton Park the previous day. And being a race bike, it’s stiff. I managed five laps for the second half of one session meaning I’d be able to ride it back-to-back with the road bike. It meant the tyres and engine were up to temperature when McGuinness and I swapped machines.

“Raceshift!” he shouted at me before I hopped on, remembering to click up into first. The Renthal grips were a noticeable and more comfortable difference while we pootled down pitlane and out into the traffic. Hurtling down Craner Curves for the first time and the additional boom from the unleashed silencer free of its Euro5 catalytic convertor was a pleasurable audible reminder that this was not my bike, nor Ducati’s. If I binned it, I’d win it. Well, I hope Bennetts would help me out, but I really didn’t fancy that level of embarrassment let alone John’s wrath. I’d short-shifted into 4th to carry the speed down towards the Old Hairpin and shifted back to 3rd before turning into the right hander at the bottom of the hill mainly to get a feel for the gearbox. The pop and bang on the downshift surprised me but was rewardingly welcome, I loved it and felt all childish and giddy at the same time. Leaning the bike gave me my first taste of the Panigale’s racing rubber and how the steering was affected by the additional damper.

I wanted to feel the suspension differences particularly on when on the brakes to see how it pitched, then again at full throttle when loading the rear shock. It stood firm and predictable with only the smallest movement to keep the bike neatly settled. Donington might well play host to the World Superbike and British Superbike championships rounds but it’s got its fair share of lumps, bumps, and crests to put the suspension under pressure though thankfully John and I would be approximately the same weight which helped with the bike’s settings.

Over the hump two-thirds of the way along the back straight and the race bike wants to pick its front wheel up just as keenly as the road bike, yet my braking marking was soon after and despite me a notoriously hard braker, I chose to feel my way into these race Brembo’s. I’d followed John earlier in the day through the Foggy Esses and he takes the proper and aggressive racing line almost straight lining the second part, and with this suspension set-up I was keen to iron out of the dip and get on the gas earlier and stronger. Then it’s another hard-braking zone into the Melbourne Hairpin. Still getting used to the ridged set-up and racier tune, I was cautious enough but still got the bike stood up and took the throttle back to the stop for the climb up towards Goddards – the power difference is just about noticeable, I was expecting more considering the weight differential.

With 155bhp available, the peak power figure is the same on both bikes, but the fuel map and c.24kg weight saving allows the race bike to fractionally pull in the road V2 in a straight line. The revised brakes, suspension and tyre combination then take over to negotiate better slowing and faster, more precise turning. All of which costs but at the end of the day when quizzed about lap time differences if John were to give it his all, he said “Put a set of the race tyres on that bike and take a deep breath and there’d be a difference, but it might only be a second!”

Equally, the Morecambe man was impressed with the road bike. The Pirelli rubber gets up to temperature quickly and holds the line well, it’s a very precise bike that’s dexterous on the road and equally at home on the circuit.

Having never ridden the road bike before today, McGuinness seemingly enjoyed his time on track with one, “there was not a lot in it. I’m sort of disappointed in the race bike!” 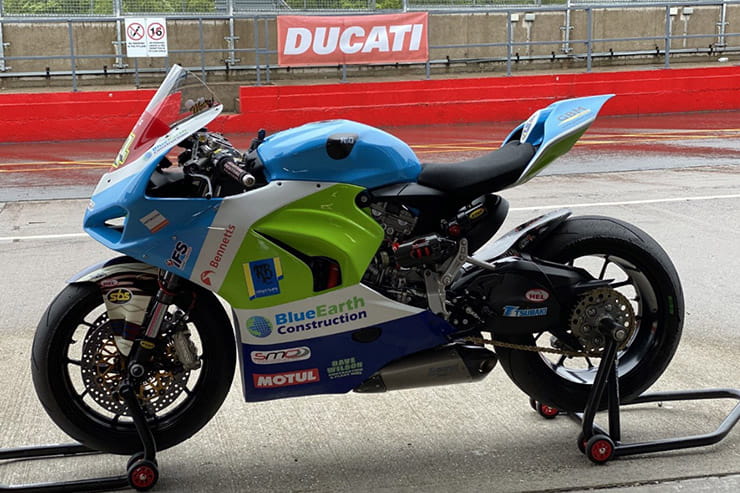 The provisional entry list for the 2021 season contains 40 names. Imagine 40 hormone-fuelled racers all on near-identical bikes piling into Paddock Hill Bend on lap one. It promises to be a tremendous season, and with the likes of McGuinness and fellow old school sparring partner, Chris ‘Stalker’ Walker as household named targets for the young guns, there’s bound to be plenty of fairing rubbing along the way. 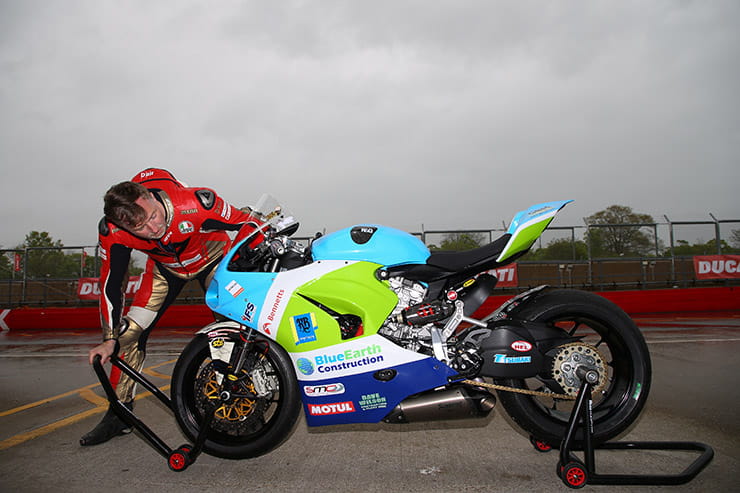 To learn more about what the spec sheet means, click here for our Glossary

Photos by Ian Hopgood and PicMan

Video by Too Fast Media Group