The 6th round of the 2016 Formula One championship takes place this weekend at the iconic billionaire playground that is Monaco, so we took a look at the top 10 drivers who also ride, in no particular order: 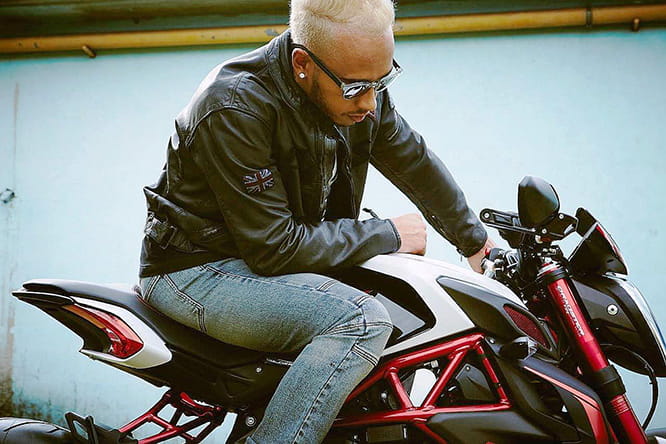 The British reigning, Mercedes-Benz-driving world F1 champion has famously recently teamed up with sister brand MV Agusta (the Italian firm is now part-owned by Mercedes’ performance arm AMG) to create a special MV model but it’s not just a publicity stunt as he’s long been into bikes, pictured riding Ducati Monsters and the like before the switch to the German team. The limited edition ‘LH44’ (Hamilton’s initials and driving number) is a specced up version of the already flamboyant Dragster RR 800.

Until recently not particularly known as a bike fan but, with hindsight, being Spanish, it was perhaps inevitable that the two-time world F1 champion was a dab hand when it came to two wheels as well. This was demonstrated most recently at Honda’s (Alonso drives for the McLaren-Honda F1 team) annual ‘thankyou’ day at Motegi when all of its two and four-wheeled GP stars experienced and demonstrated some of the firm’s historic race machinery – including Alonso doing some surprise laps aboard the latest RCV! 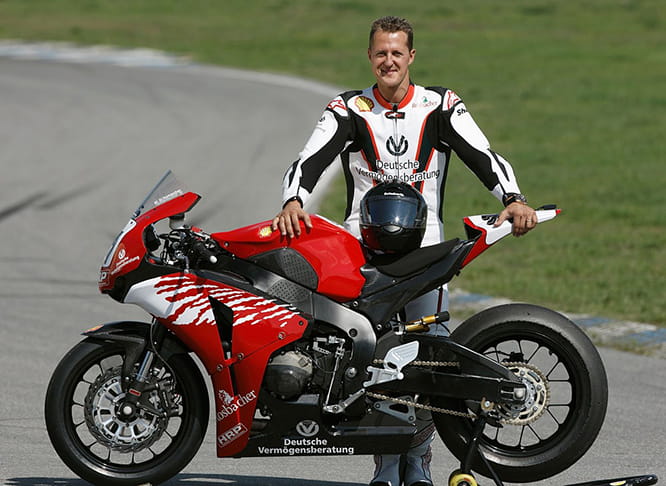 As we write the seven-time world F1 champion’s condition (he was seriously injured in a skiing accident in 2013) was worsening – we wish him well. In happier times the German remains, statistically, the most successful F1 driver of all time. Less well known is that he was also a bike nut and raced superbikes, specifically a Honda Fireblade, with some success, during his brief retirement from F1 between 2006 and 2010. 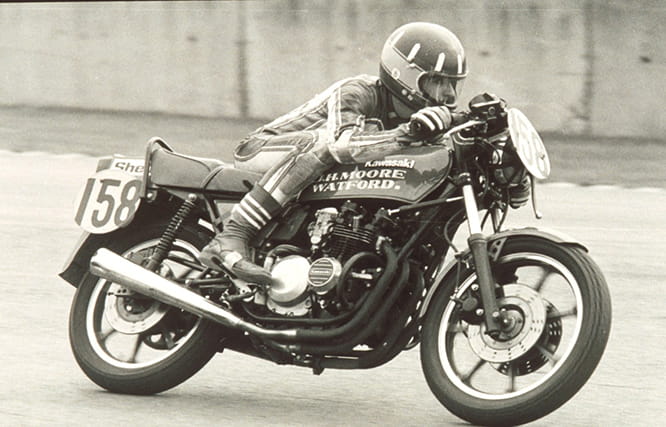 Son of two-time world F1 champion Graham and world champion himself in 1996 (so becoming so far the only son of a world champion to himself become world champion), Damon actually began racing his first love ­bikes. After time as a motorcycle courier around London, Hill began production racing in 1981, here on a Kawasaki although he also famously took part in Yamaha’s celebrated RD350LC ‘Pro-Am’ series, before switching to cars in 1983. 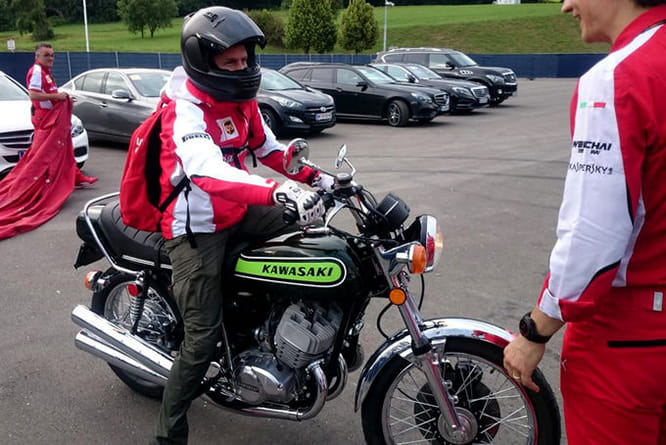 The four-time world F1 champion, like many of his forebears, is also massively into bike – but this time it’s with a difference: the German Ferrari driver particularly preference is classic bikes. While his first bike was a Cagiva Mito 125 and he’s also been spotted riding a KTM 690 Duke and a BMW S1000RR, he once turned up at a Red Bull event on a classic Kawasaki two-stroke triple, has been spotted at the Stafford Classic Show and is currently restoring a BMW R51. 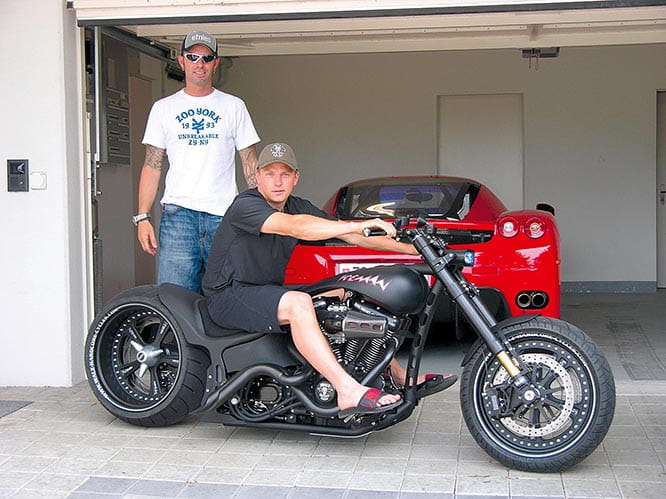 The 2007 world champion, famously known as the ‘Ice Man’ both for his Finnish background and impenetrable demeanour, is another F1 star into bikes – but this time Harley-style cruisers and choppers. In fact, his passion goes so far that he teamed up with the famous Hardcore Cycles custom house run my master customizer Marcus Walz, who have produced a series of ‘Iceman’ customs especially for him. 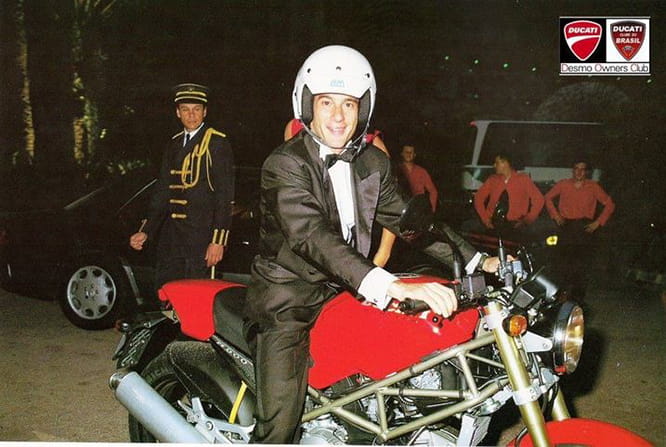 Still regarded as one of the greatest ever F1 stars, the three time champion, who was tragically killed at Imola in 1994, was also a bike fan with a passion particularly for Ducatis having owned an 851 superbike and repeatedly photographed in and around Monaco on a Monster. In fact the link with Ducati was further cemented when the Italian firm produced a series of limited edition, commemorative ‘Senna’ versions of its bikes, which continues to this day.

Australian ex-F1 star Mark Webber is less well known as a bike fan, but that was probably inevitable as his dad runs a bike dealership. In fact it counted against him at first when Webber Snr banned his son from bikes, which in turn lead to his car racing career. Even so, today the racer still rides when he can and is a regular visitor to the Isle of Man TT. 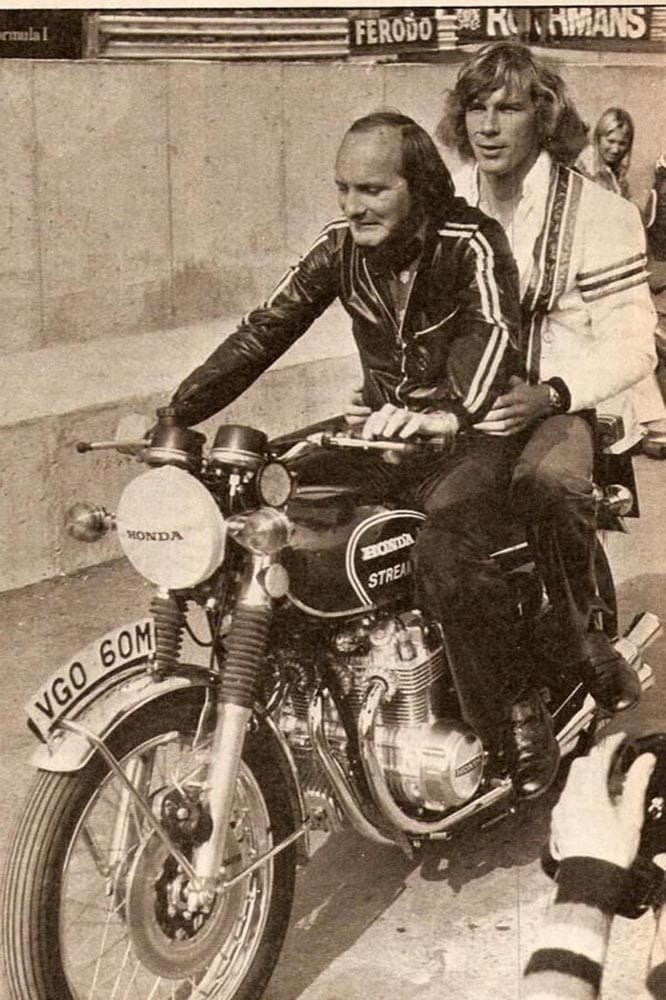 An obvious choice, perhaps, but still worth mentioning. Although first and foremost a bike racer (indeed, with nine world titles and 12 TT wins including his fairytale 1978 return, many consider ‘Mike the Bike’ the greatest motorcycle racer of all time) he was also a more than decent F1 racer, even if his best results were two third places. He was also famously award the George Medal for saving the life of Clay Regazzoni by pulling him from his burning car at the South Africa GP in 1973. 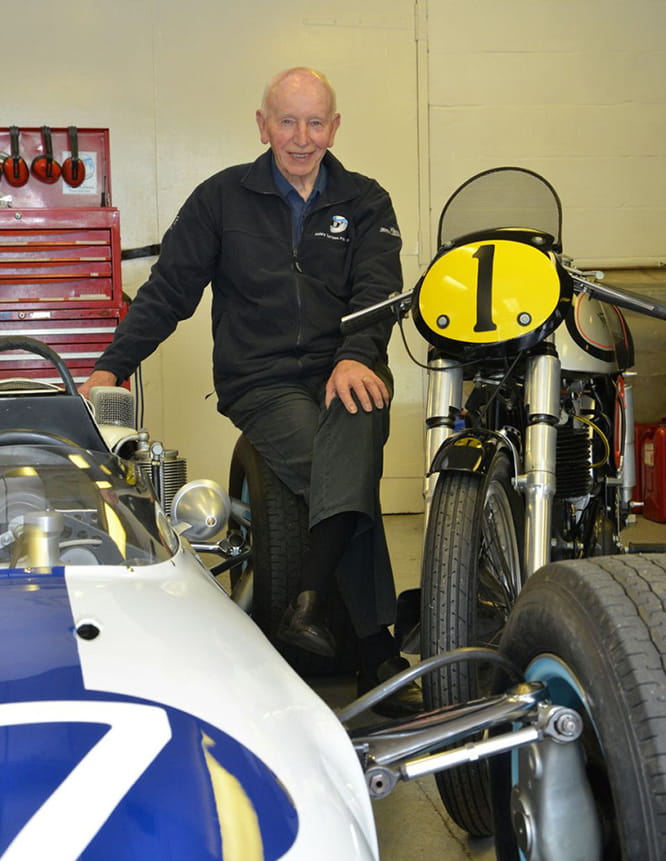 Like Hailwood, arguably a bike racer first, car racer second – but no-one’s done both with as much success as Surtees, being, still, the only man to become world champion on both two wheels and four. After four motorcycle world crowns in the late ‘50s the Brit switched to cars becoming F1 world champion in 1964 driving for Ferrari. He’s remained involved in the bike and car racing world ever since.