VIDEO: How fast is a Fireblade vs BSB bike? 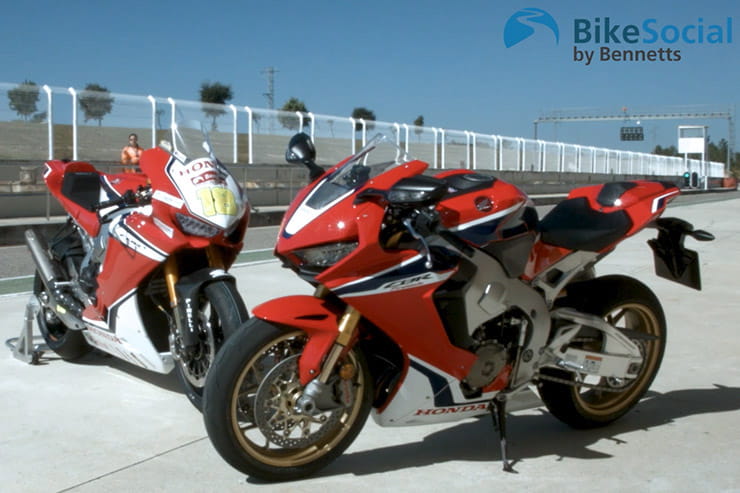 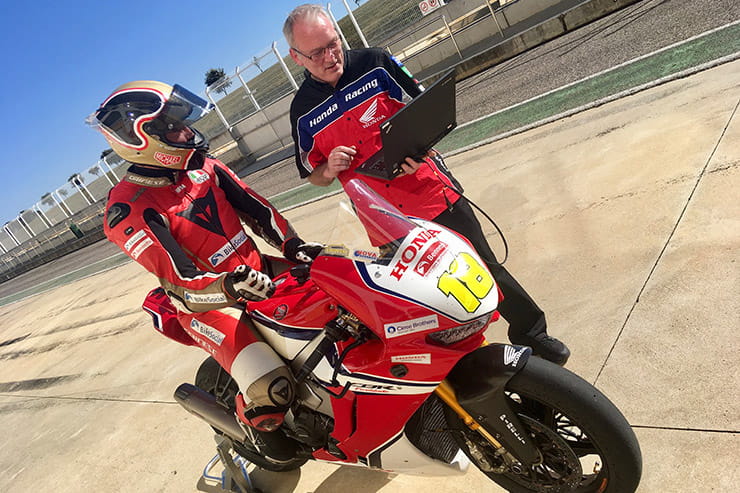 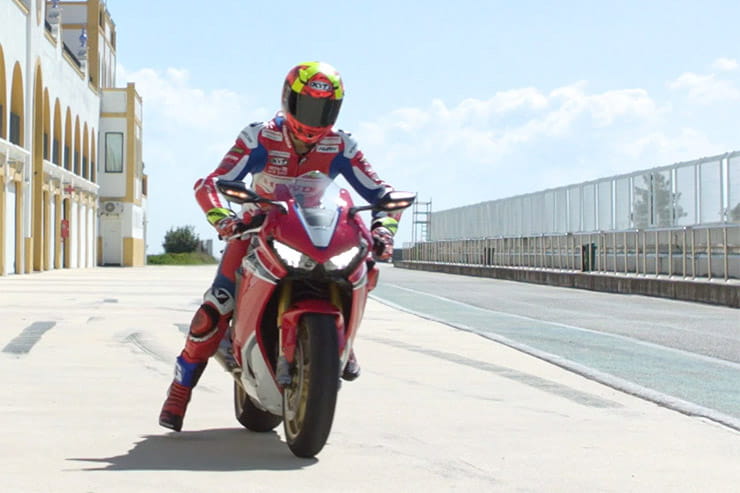 I’m stood on the pit wall at Monteblanco in Southern Spain watching Xavi Fores flash by on a completely road-legal Honda Fireblade SP. He’s the only guy on the circuit, it’s his one flying lap, and as he brakes into the first corner, a tight 1st gear right-hander, I already know I’ve lost the challenge.

Honda Racing’s newest BSB recruit has a glitzy CV, with the 33-year old Spaniard’s most recent entry being his Independent Rider of the Year in the World Superbike Championship 2018 – a series in which he finished seventh overall with 12 top-five finishes including five podiums.

I’d been invited to the scene of the first official pre-season BSB test that had taken place just one week earlier, and was among a select few who would be able to taste a couple of track sessions on three Honda Fireblade derivatives – the standard SP road bike, the growling snarling Tom Neave Superstock bike and the canon that is the British Superbike, Andrew Irwin’s bike to be precise.

Just a week before, Fores had tasted Monteblanco and the 2019 Honda BSB machine for the first time. Ok, he’d spent three consecutive days doing so, but already he was on the pace finishing 5th overall in the combined standings; his best lap was timed at 1m 37.083.

‘What was the challenge?’ I hear you shout.

Is Xavi Fores on a Honda Fireblade SP faster than me on Andrew Irwin’s BSB machine?

How fast is a Fireblade vs a Honda BSB bike?

XF: Obviously that video was taken after me testing on the Superbike for three complete days which obviously gave me a little bit of an advantage.

My first corner was a bit sh*t because I was a little bit long, because of the ABS was connected so it’s not possible to brake that hard. This circuit is not one of my favourites because I have not ridden there before and my first time was only in December with the Honda superbike. It’s quite technical, especially the first part of the track – the first four corners – you have to do the correct line to not lose too much on the back straight.

MM: We can see you’re making a higher top speed along the start/finish straight of 171.5mph vs 166mph, so I’m slower by 5mph and I’m braking earlier despite having the bike that should be able to brake later. 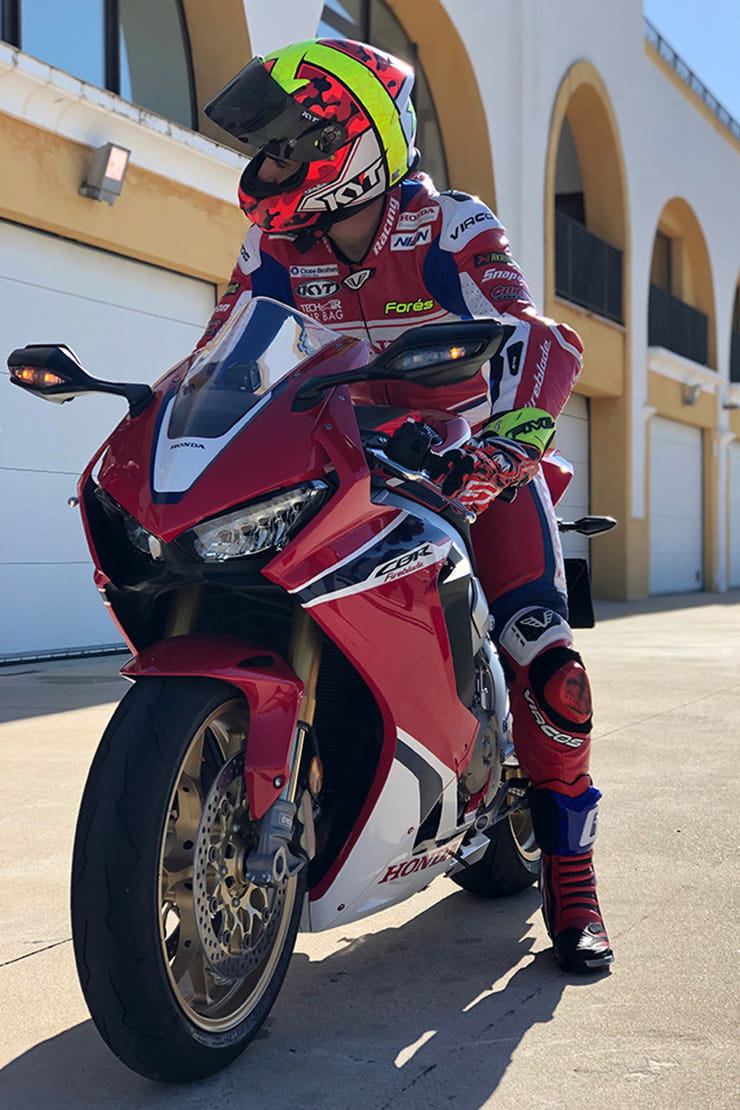 Above: Fores has his game face on, probably

XF: It’s because I was there for three days, and in just five or six laps, you are not able to learn the braking points especially because you are not a professional ride. There are so many differences between the two bikes, our superbike is much stiffer than the road bike in all areas. We don’t use the ABS for braking, we don’t use the anti-wheelie, we use race shift and a different swing arm, wheels, different brakes, different forks, shock, everything is different. Also for me, when I jumped on the road bike, the first few laps it’s incredible how different I felt on the bike - it’s a little bit scary because everything is soft and when you go out on the track while you think you can push from the beginning, but you have to keep calm. It’s easy to make mistakes on the road bike.

When we recorded the video, I’d already done some laps on the road bike so I was understanding the bike a little bit… but on my first braking point, it was amazing, I was so long because of the ABS cutting in! It was funny.

MM: Into turn 1, you can see the ‘v’ shape of your line through the corner, with braking and accelerating but mine is a swoopy curve…

XF: You ride like a Moto3 rider, taking so much corner speed. It’s the secret with this bike, you need to brake so late to make the bike work. This compromise the entry of the corner. You have so much corner speed because you cannot brake enough to then get the bike turned. 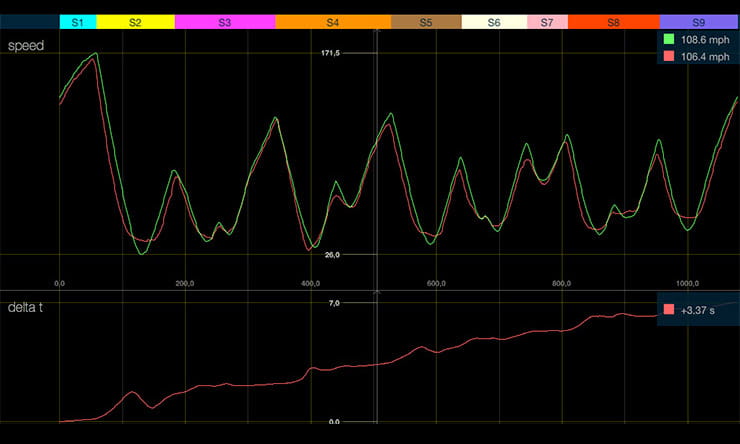 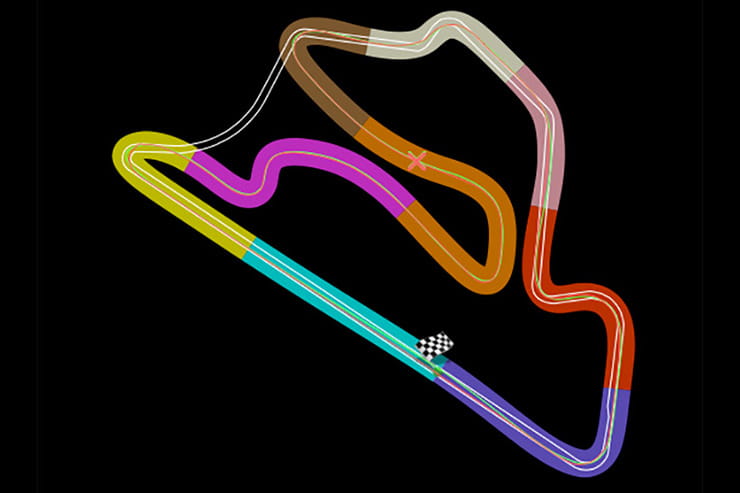 MM: If we looked at a data trace of you on your superbike, would it look similar to this?

XF: Yes, the secret to riding this bike is to spend as little time at the maximum lean angle because it is too easy to break the grip, especially without electronics. What I try to do is to pick up the bike early so I don’t break the grip and get on the accelerator with the horsepower. Also, it was not too easy to learn when I went from the Spanish championship to jump on the World Superbike, because in the Spanish championship I did so much corner speed, like Moto2. It was ok because it was a stock bike so not so much power but when I jump on the Superbike I had to learn these kind of things: brake late and not to take so much corner speed and try to turn quickly, pick up the bike and go. Like Bautisa is doing on the Ducati now (in World Superbike championship).

MM: Do you think you have an advantage bringing that riding style from World Superbike to British Supebike?

XF: It’s a different riding style. What I saw from the other riders testing in Portimao, Monteblanco and Silverstone, is they have quite a different riding style from us. Especially from me and the videos I saw of Leon Haslam last year, the others don’t brake so late and they have a lot of cornering speed, sometimes this is good but what I felt at the Silverstone test is that I’m so strong braking but sometimes I need some turning so I have to find the compromise to not lose so much between braking ad turning. At the end, it’s not an advantage, it’s different because the bikes and the electronics give you the possibility to do that, so maybe I have to adapt my riding style to his riding style. Not the opposite.

MM: Of course it depends on the circuit you’re at, in the British championship there is Silverstone which is nice and wide – a Grand Prix circuit -  Donington and Assen…

XF: …those kind of tracks can be good for me because sometimes I like to enjoy the speed in the corners but Cadwell, Knockhill, maybe Oulton the main improvement I gave to do is to pick up the bike early and don’t stress the tyres. I’m looking forward to visiting these circuits to understand what I need to do on the bike to be fast. 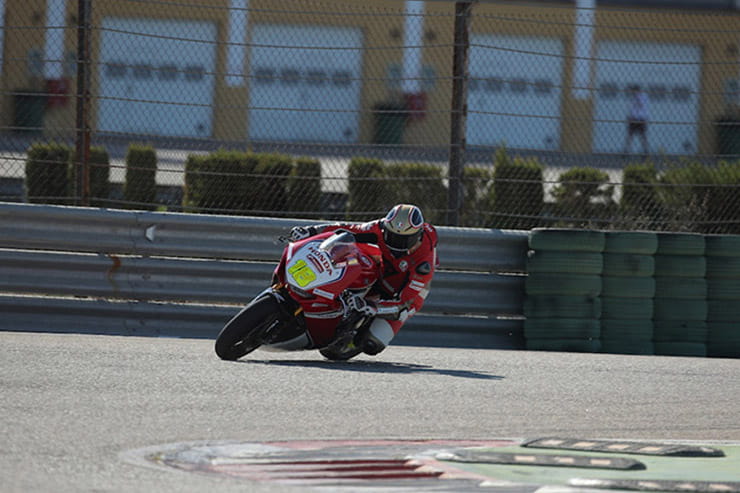 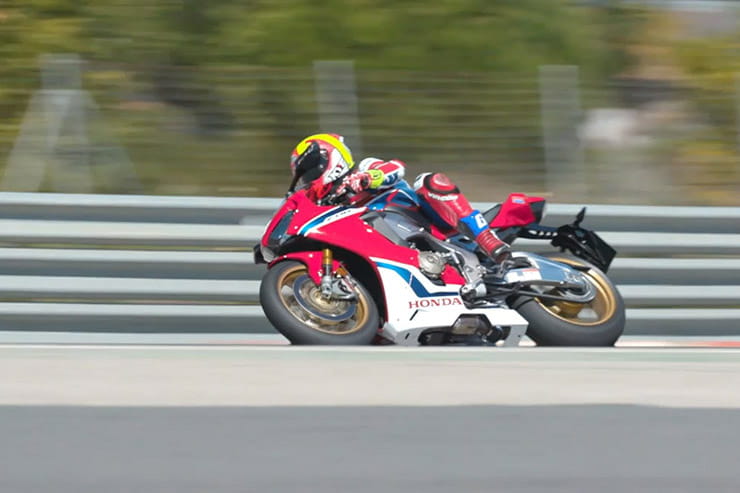 MM: We could analyse every corner but I fear it’s going to tell the same story…

XF: You can see it’s always the same. Braking hard and not so much speed in the corner but trying to touch the gas early. Don’t do so much shifting of weight balance on the bike. If you are able to release the brake not so fast while touching the gas you are keeping the bike more balanced. This is what I had to learn a lot in the past.

MM: How do you that – are you braking so hard and then getting off the brake before you turn or are you trail braking?

XF: On the superbike sometimes I try to keep the brake on until the end of the corner so once you release the brake you are able to touch the gas straight away – so the time in between is short.  Sometimes if you don’t have a good feeling, it can be that when you are braking and the time between releasing and you touching the gas again can be so long and the weight transfer of the bike can make it difficult to turn the bike.

MM: When you’ve got 230/40/50bhp on a superbike screaming through that rear wheel, how do you control the front from lifting and the rear from spinning? Some people use a thumb brake, do you?

XF: I removed the thumb brake. In December, I started with the thumb brake but I felt as though there is not enough power to keep the bike down, there is so much power. So, we decided to try the finger brake, like a scooter, and we kept that one because it’s easier when you are turning to keep the throttle open and to keep the rear brake on – it’s my anti-wheelie system! In order to keep the front wheel on the floor and make it easier to turn because it’s so easy to do a wheelie. 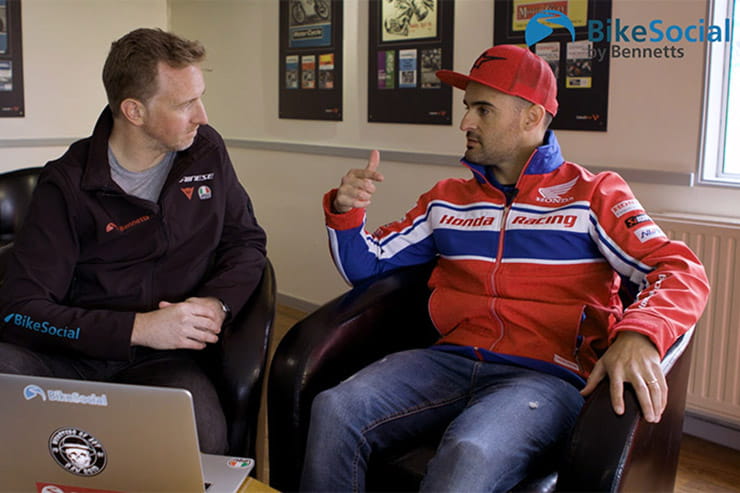 Above: Pupil listens to the master, especially the bit about doing it again!

MM: Moving back to the data, and let’s take a look a look at the overall times, and the difference is 7.01 seconds after just one lap…

XF: What is true also is that it’s not so easy to jump on a superbike and feel comfortable on the first lap. The bike is so stiff, it’s so different in respect to the road bike. For sure, when you are riding and you get the confidence it’s easier to go fast. You can’t get a feeling in five laps, you need maybe half a day to understand how to work on that bike. For that reason, I invite you to do some more laps on the bike, full throttle, and you will feel a big, big improvement on the bike!

MM: It was an interesting day because it gave me a new level of respect for every single rider on the grid in a Superbike race because to be able to handle that amount of power of those brutes against 29 other racers on a circuit like Cadwell Park – it’s an incredible series and testament to the quality of the British series.