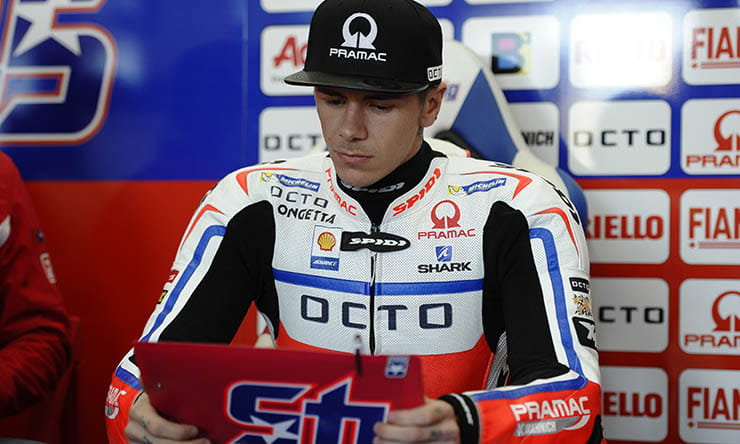 Scott Redding’s busy testing regime got underway at the traditional post-season test in Valencia. He then moved onto Jerez with his Pramac Ducati team to use up a further two days of his testing allocation.

The Gloucestershire man achieved seven top 10 finishes in 2016 and his initial feeling with his new machine could see him build on this next season: “The first impressions with the new bike is that it's better! It turns better and gives a bit more grip, which is something I've been needing this season. I think we can improve on where I finished in the championship this year.”

Jorge Lorenzo’s much anticipated Ducati debut was one of the main talking points from the first test in Valencia and Redding was impressed with how well the Spaniard took to the Desmosedici. He said: “I think he'll do well. It will be tough for him to win the championship in the first year, but he'll certainly win some races that's for definite. He gelled with the bike better than I expected him to.”

Redding and Lorenzo will jump back on their Italian machines towards the end of January at the two day test in Sepang, Malaysia. In the meantime, Redding plans on making the most of the down time to rest and recuperate: “I’m planning on spending some time in the UK over the Christmas period. Then in the New Year I will fly out to Italy to start my training camp for next season and ensure I’m prepared like we do every year.”

Scott is continuing to build-up his new clothing brand, Monkey Fresh while he’s in the UK. The fashion company, which was launched at the final round of the MotoGP season, is the brain child of Scott and two friends, and acts as a refreshing way to escape some of the stresses of racing. He added: “I am really into fashion and I love designing. When I see a certain design, I always think of ways I would change it and what I would do to improve it. My life’s always been racing training, racing training, so its refreshing and nice to do something a bit different.”

The 2017 MotoGP season gets underway on 25th March in Qatar and the 23-year-old Brit is optimistic of some good results with his GP16 machine: “I think with the ability of the bike we can do some top 10 results, but I think the Aprilias will be strong from the beginning next season. However, my target as always will be top satellite bike and just ensure I am strong straight out of the box, like last year.”

Anyone else missing the racing season as much as we are? Let us know your thoughts in the comments section below…