Honda Fireblade: how to transform a standard SP into a BSB winner

How do you turn a standard Honda CBR1000RR SP ‘Fireblade’ into a BSB race winning machine? In such a competitive championship, often regarded as the best domestic series in the world, where this season we’ve already seen ten different winners, how do you take a brand-new motorcycle and make it good enough to be battling at the sharp end?

Off we trotted to Honda Racing’s headquarters in North Lincolnshire - home of the BSB, World Endurance and Isle of Man TT teams – to find out. 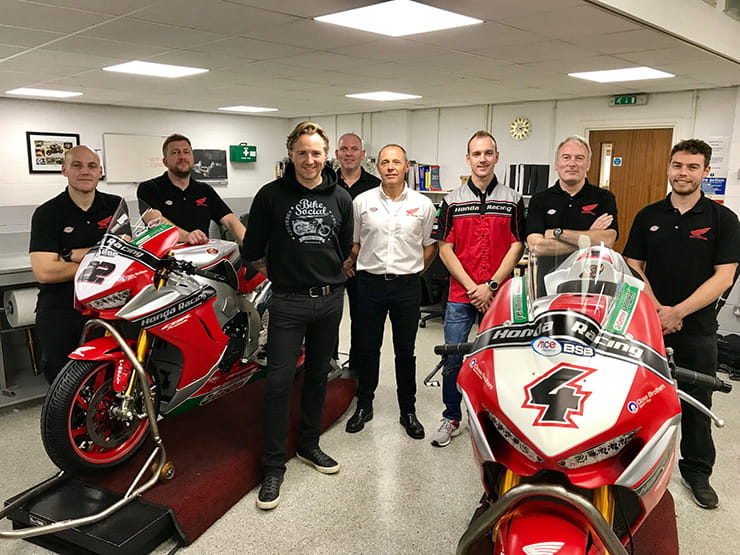 In the foyer among a handful of Isle of Man TT race-winning bikes, Kiyonari’s 2006/7 BSB championship Honda, a couple of RC213V-S’s and a Dream 50 with only 2.2km on the clock, stands newly appointed Honda Race Team Manager, Havier Beltran and two-time BSB race winner, Dan Linfoot.

We're whisked into a pristine workshop as the team prepare for the trip to The Netherlands for the penultimate round of the 2017 BSB championship at Assen. Linfoot has just come off a hot streak of two race wins that could have easily been three had the engine not expired while holding a commanding (by BSB standards) lead and I ask the question; so, in a production bike-based series with regulations including the use of a standard MoTeC ecu, how much effort does it take go from crate to race track?

Havier Beltran: Well we start off with an SP, delivered to us. The guys here will strip the machine and we are left with engine, frame, throttle bodies and air box. They then have that as the base to build the race machine. We’ve got Paul Williamson (Jason O’Halloran’s Crew Chief) and Darren ‘Spider’ Maisey (Dan Linfoot’s Crew Chief) to talk us through the actual work that’s involved.

Paul Williamson: You take the basic engine, we work within the BSB regulations so you have to use standard crank cases, standard crank, rods and pistons but we can change the gearbox so we work with Nova Racing to make a gearbox. We then have an upgraded sipper clutch, we use Suter for that and then most of the work is done within the cylinder head and the camshafts. A lot of the work goes into the head to try and find a good and useable power increase. 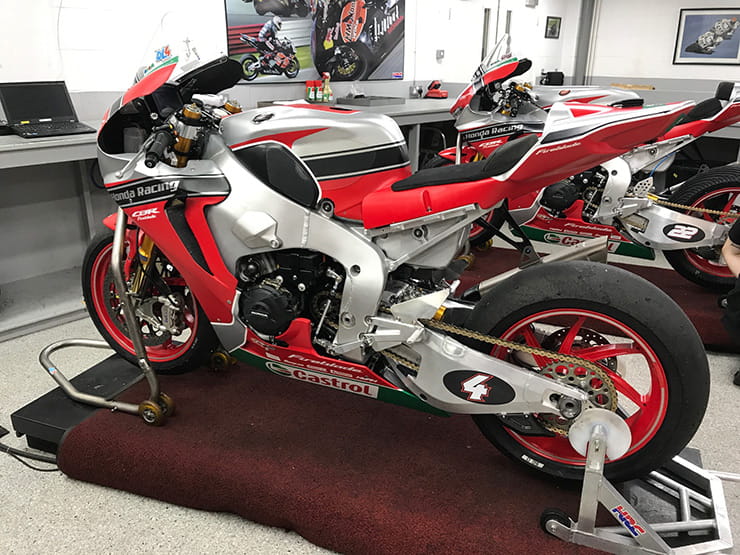 HB: Spider’s now going to talk about the changes to the actual machine.

Spider: We start off with the standard 2017 chassis which we have braced and strengthened around the area between the frame and the sub-frame to help with handling. The swing arm goes and we have our own GPMS-fabricated swing arm so we can have our own shock mounts made for different link ratios that we use for different tracks.

We have our own in-house sub-frame that is manufactured in our own machine shop – we have a guy, Matt, who makes all our rear-sets, levers, handlebars, yokes. We keep him busy, he’s flat out all year!

We have a bespoke fuel tank that is made for us for mass centralisation so it keeps all the weight of the fuel low and towards the back to help with grip. We have Ohlins shock and forks, we run Marchesini lightweight wheels. We have Nissin calipers, thumb brake and master cylinder. The bodywork is carbon fire Kevlar, so from the standard Fireblade at the start of the year it’s been developed and made more aerodynamic to get rid of some of the lift. This is first generation aero fairing with another version coming out soon which we’ll then test and develop over the winter.

BikeSocial: So, now we know a little more about how it transforms from road bike to race bike, two-time race winner Dan Linfoot tells us about riding it…

Dan Linfoot: Yeah, this is the actual bike (I won on) and as you can see it’s ready to go at the next race and the guys have been stripping it down after a couple of wins we’ve had and this is where the magic happens.

The mechanics are been flat out all week taking every last nut and bolt out and rebuilding it to the specification for what the next track requires.

The first time you got on the Fireblade?

We first rode the 2017 BSB bike in Moteblanco for our first test in March. To be honest it was a really difficult phase because the guys had built the bike for 6-8 weeks after getting them shipped quite late and when we first rode the buke we had a really difficult feeling with the throttle and the engine braking system. We had three weeks between the first test and the first race and my main priority was to sort out the throttle feeling. Until that stage was sorted we couldn’t progress any further. We had to tick that box to get the throttle to a point where you’re comfortable and confident to pick the throttle up mid-corner, especially because this championship operates with the controlled MoTeC software, where you have no electronic aid to help you in that situation. So, it’s been small figures on the laptop of removing power or putting power in to make that feeling of the throttle in your hand nice and smooth. Also, with the engine braking side we’ve had to make some changes with that so that the bike enters the corner in a smooth and controlled manner. Lastly, some aerodynamic changes with the bodywork; we actually got this aero bodywork delivered for Silverstone and it was immediately a step forward.

Development for the remainder of the season?

We’ll just keep going in the trend that we are. I think that to keep continually working with the drive-by-wire side and for me to keep becoming familiar with the feeling of the bike especially now that I am hopefully, regularly at the front and looking to win races. If I can get my mind into that sort of mind-set, to win races each time I start them, then hopefully we can keep progressing well. 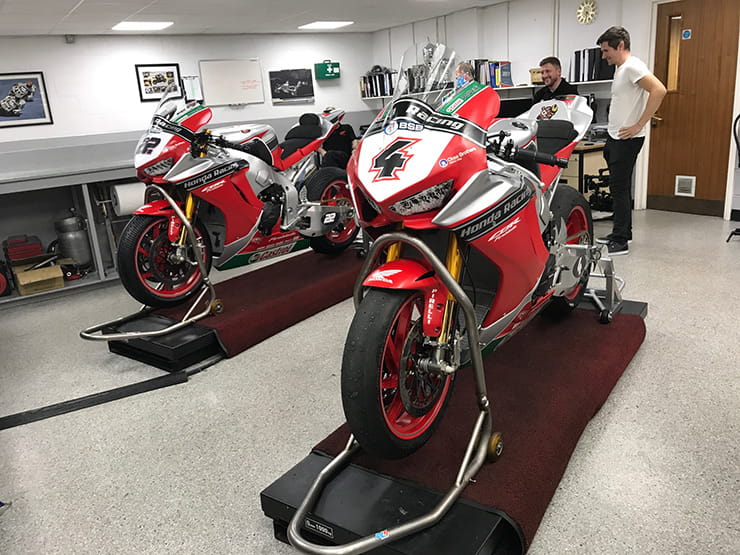 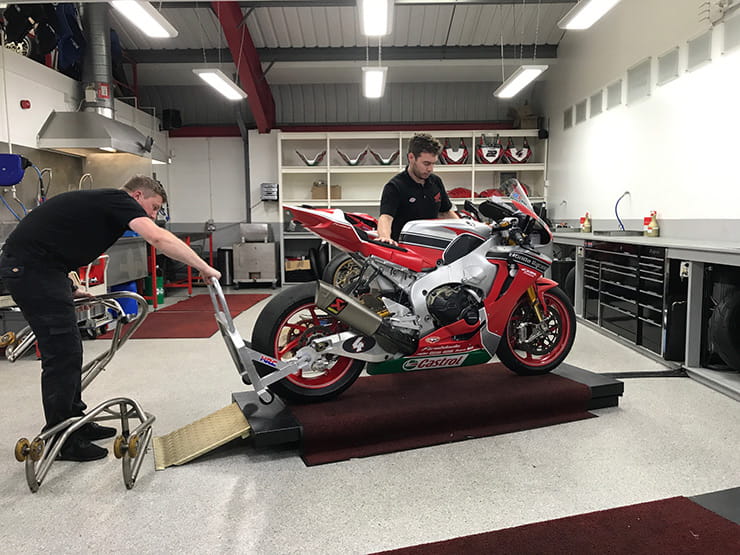 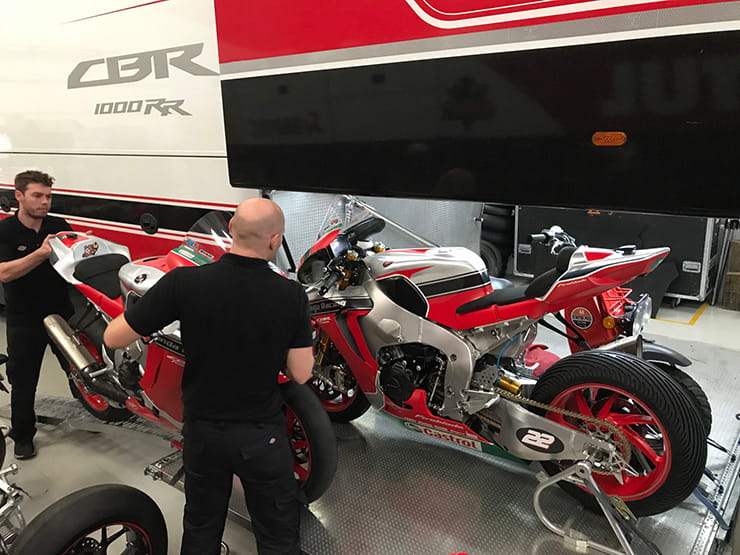 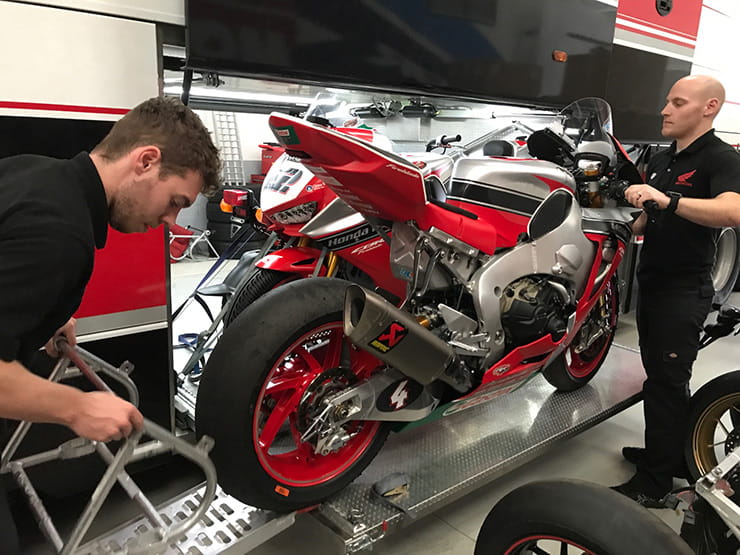 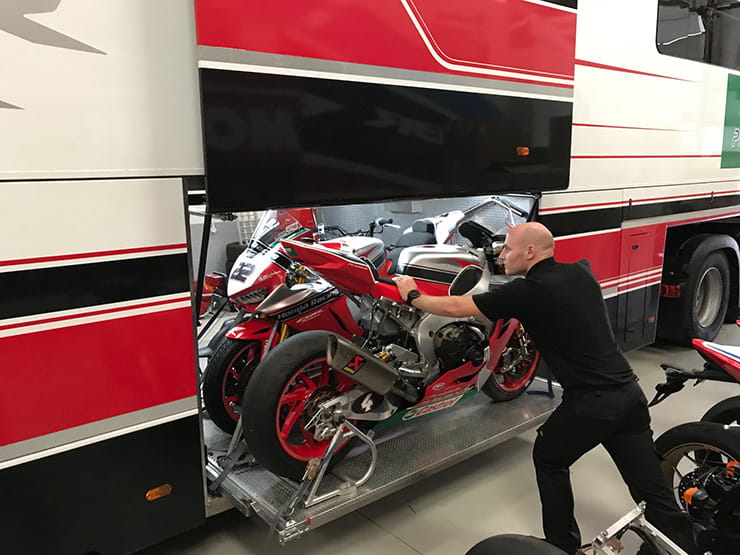