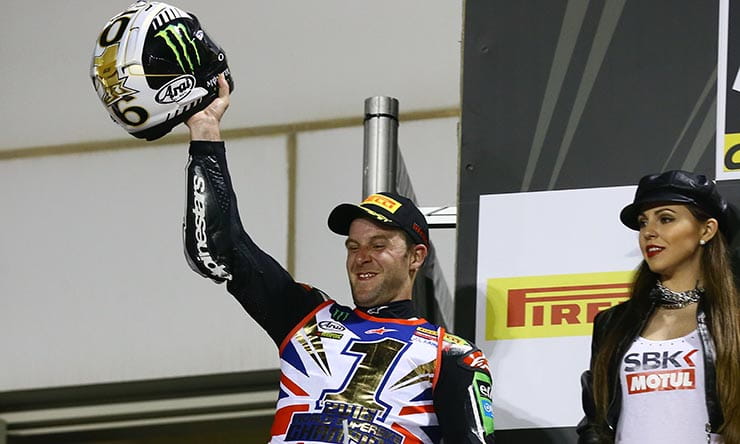 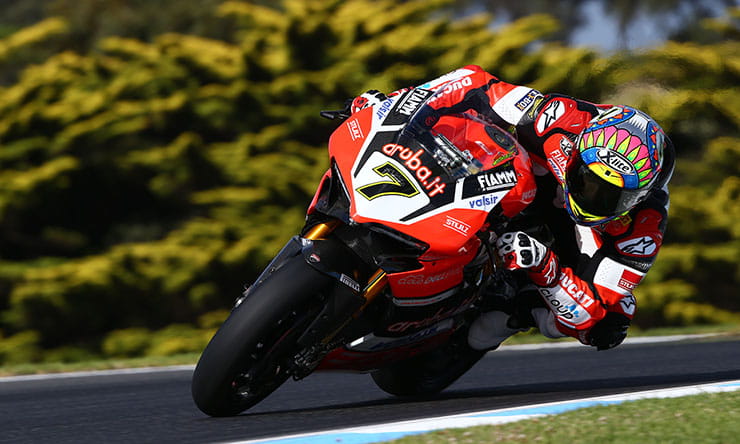 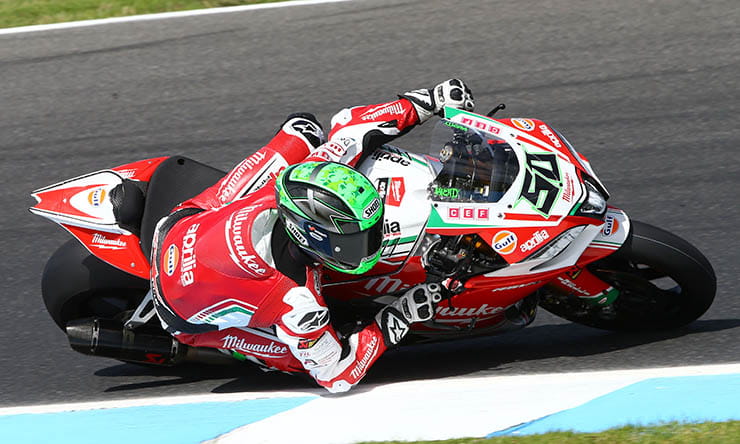 As the racing season draws closer BikeSocial is bringing you an in-depth guide of all the best two wheeled action from tracks across the globe. Following on from our MotoGP guide featured a couple of weeks ago, today we look at the Superbike World Championship.

What is a World Superbike bike?

To look at, a World Superbike seems almost identical to the bikes for sale in your local motorcycle showroom. To think that they are identical to their road going cousins under the skin though, would be wildly inaccurate! A World Superbike must have the same engine configuration as its road going version. There are modifications which can be carried out to the engine internals to boost performance and engine life. The pistons and cylinder head must be standard, the cylinder head can be machined or gas flowed. This improves the flow of gases both in and out of the engine, increasing BHP. The crank cannot be lightened or modified other than balancing and the compression ratio is free and can be increased. Valve timing and lift is open to tuning as long as the valve drive is the same as on the road bike.

A World Superbike must finish the season on the same gear ratios it started with, meaning the gears for the twisty Phillip Island will be the same ones used for the open straights of Misano. The teams can change the final drive, this is done by changing the front or rear sprockets and gives the bike either higher top speed or faster acceleration right the way through the gears.

A superbike must have a capacity of between 750 and 1000cc if a three or four cylinder engine is used, or be between 850cc and 1200cc if it's a twin. The reason for the larger capacity for twin machines is down to manufacturers like Ducati historically building V-Twin engines and the desire to make the bikes in the championship reflect those that can be bought in a dealership. A twin cylinder of any configuration will sit at a disadvantage next a high revving four-cylinder engine of the same capacity, hence the dispensation.

World superbikes currently has entries from Kawasaki, MV Agusta, Honda, Ducati, BMW, Yamaha and Aprilia, making it the most diverse bike racing series in the world. The bikes produce upwards of 200bhp and can reach speeds of over 200mph at circuits like Lausitzring and Aragon. Unlike MotoGP, a world superbike uses steel brake discs, rather than carbon, but runs on the same kind of slick tyres. In the case of superbikes, all bikes are required to use tyres made by Pirelli. This control tyre system is aimed at reducing costs and levelling the playing field, as a small privateer team has access to exactly the same tyres as the wealthier factory squads.

Despite being production based machines that can be built for a fraction of the cost of a prototype MotoGP machine, the top world superbikes are capable of lapping remarkably close to the times of factory Grand Prix machines. Although superbikes run their own calendar that's completely separate to MotoGP, around half of the production-based championship's rounds take place at Grand Prix venues. As a comparison, Tom Sykes recorded the fastest lap in the 2016 Australian world superbike round, stopping the clock at 1:30.020 on his Kawasaki ZX-10R, while Cal Crutchlow was the fastest man around the same Phillip Island circuit in MotoGP, going just over half a second faster with his time of 1:29.494. Production based machines they may be, but slow they are not! World superbikes are at the cutting edge of racing technology and have a higher specification of electronics than the superbikes that compete in domestic championships, such as the British Superbike Championship. 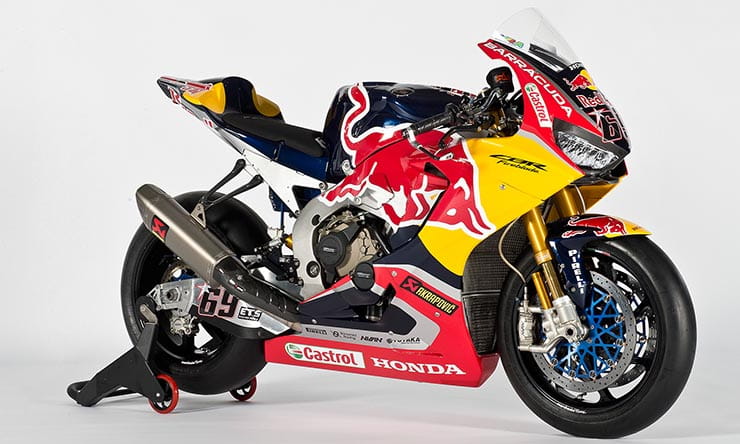 The Superbike World Championship is a 13-round series that takes place at purpose built facilities across the globe. Grid slots are decided in the qualifying sessions and Superpole, then the racing takes place on a Saturday and Sunday. Points are scored for finishing from first to 15th – first place gets 25 points, then 20, 16, 13, 11, 10 and so on down to 15th, which earns one point. The races on Saturday and Sunday are completely separate events, meaning that a rider who fails to score in the opening race can go out again to fight for points the following day.

Unlike the British Superbike Championship, which decides it's champion over a three weekend 'showdown' at the end of the season, all points count in world superbikes. The rider with the greatest number of points at the end of the year becoming world champion. In each race, the top rider on each make of bike scores points to go towards the constructor's championship, which is fought out between the manufacturers.

Below is an outline of a typical race weekend, all times are local and approximate.


Qualifying begins on Friday morning with all the riders heading onto the track for timed sessions. Although these are named as practice sessions, the times are recorded and will go towards the grid positions for race one as follows. Based on combined practice times the 10 fastest riders from FP1 and FP2 go through to SP2. Riders who placed 11th and above in the FP1 and FP2 combined will take part in SP1 with the fastest two riders from this group progressing to SP2. The twelve riders in SP2 will take the first 12 grid positions according to their fastest lap times. This is how the grid is formulated for Race one which takes place on Saturday afternoon.

For 2017 there is a revision to how the riders line up for race two. For this season the top three riders from race one will start in reverse order on row three (for example - the winner starts in ninth, second starts eighth and third starts seventh) with finishers fourth through to ninth being promoted to the front two rows. The rest of the grid will be dictated by the SP1 qualifying results. The idea is to give riders who would not normally experience a front row start the opportunity to do so - the added value of the fastest riders forcing through the pack is more of a fan benefit!

With World Superbike coming to the UK once in May, it can be difficult and expensive to get to see more than one round. Thankfully the television coverage is excellent with a full programme covering all the practice, qualifying and race action is shown live on British Eurosport. Should you not have this you can watch an edited highlight show on ITV4, ITVPlayer and ITV.com. The World Superbike also has a video pass for the whole season, it’s around €70 and includes all the live and recorded race action, details of the video pass can be found here.

There's plenty of excitement and intrigue going into the 2017 season and helping us cast an expert eye on the year ahead is the 2014 World Superbike Champion, Sylvain Guintoli. Sylvain is one of the most experienced riders in the paddock and has formerly raced in MotoGP. for 2017 Sylvain is currently preparing for an assault on the British Superbike championship with Bennetts Suzuki. During his preparations for that we caught up with him to get his thoughts on the coming Superbike World Championship season.

For me the guys to watch in World Superbike in 2017 are going to be the guys at the top of the time sheets last season. I think Johnny (Rea) will be quick again, no change there he is the guy to beat. The Ducati Panigale was quick last season I think that Chaz (Davies) will be there or there abouts, with Tom Sykes chasing them both. The rule change regarding the reverse grid slots is going to change the dynamic a bit, they must work a bit harder in race two maybe.

Also, the new rule on the smaller battery* may affect the Kawasaki a bit especially Tom. He’s not so happy with this feeling of inertia on the engine. Johnny was running this way last season anyway so is more used to it and it just won’t affect the Ducati as much (as the extra torque of the V-Twin will mean the effect is less noticeable). 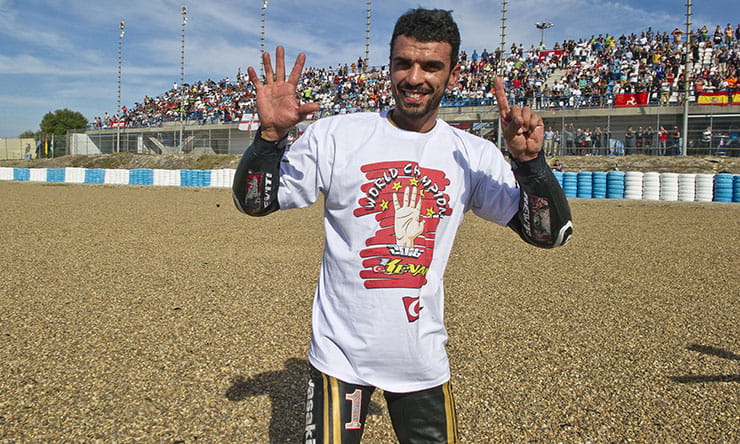 The Superbike World Championship has a full programme of racing in the lower classes that accompanies the main event. Each of the support series will get similar track time to the World Superbike teams, meaning practice, qualifying and races for you to enjoy. The support series are: 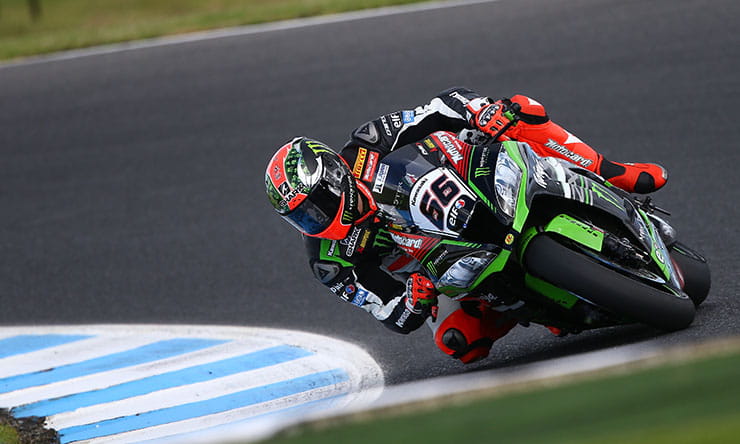