Today's ‘Two Grand Tuesday’, our weekly pick of the classified ads, takes a look at three bikes in need of some care and attention.

“The Yamaha FZR range of sports bikes had something to fit everyone,” said Scott, “So today we’re taking our virtual £2,000 to the internet to see what we can treat ourselves to.” 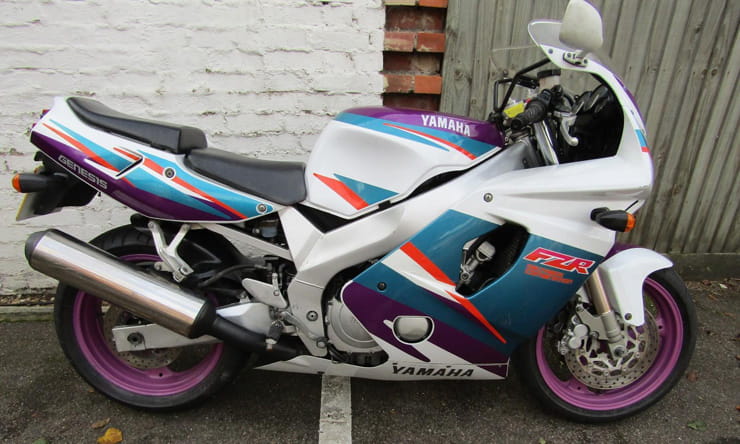 If it’s a good looking 600cc sportsbike with decent manners that you’re after, the FZR600R is well worth a ponder. The original 3HE models were a balls out race rep, by the mid 90s Yamaha had honed the FZR600 and it was now a much more rounded machine, but not in a Honda CBR600 way.

The styling was borrowed from the YZF750, most of the bodywork and fuel tank were actually identical. The biggest difference, other than a lack of 150cc, was that the FZR600R had an old fashion steel frame while the YZF750 was blessed with an alloy one.

Like many models it was built down to a price, this meant quality of some parts and finishes weren’t its strongest point.

Wheels would need repainting within a few years from new, and rust was never far away if any chips appeared on that silver painted frame. The FZR600R was ultimately replaced by the YZF600 Thundercat, despite the funky styling it wasn’t much more than a tarted up FZR600R under the plastic. The R6 arrived to take care of the pure sports 600cc side of things and the rest is history.

The good looking FZR600R is still a very capable budget bike, it also stands out from the crowd thanks to those cocktail colour schemes. This one is finished in the white cocktail version, the other option was a black based one.

You wouldn’t think it was a 23-year-old design, it’s matured nicely. Asking price for this one that’s in trade is only £1,895. Out in the world of the private sale you can find them for around the £1,000 mark, but they change hands very fast at that money. For a genuine looking standard bike that’s only done 21,279 miles it’s a lot of bike for your buck.

Anorak Fact: The blue spot front brake calipers used on the R1/R6, and other Yamaha models, are a straight swap for the FZR600R calipers. 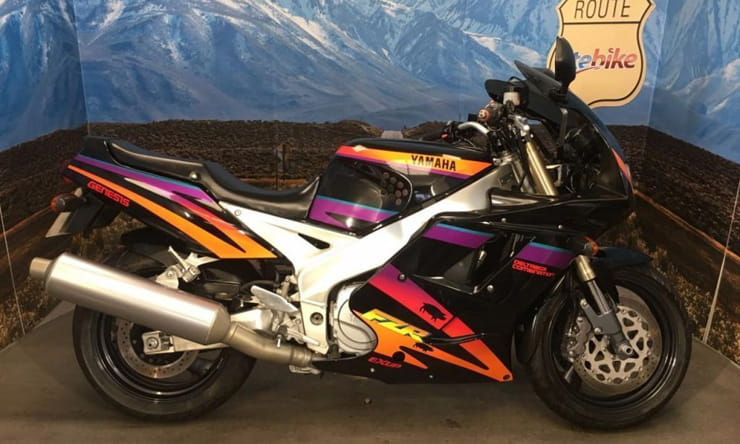 The original FZR1000 Genesis was a massive step forward, not just for Yamaha, but for motorcycle design. The engine was a stretched FZ750 motor, bigger pistons, beefier internals and five valve cylinders. Those original Genesis models also came with an alloy Deltabox frame, finished off with endurance racer looks. It was a great bike, but its replacement was much better!

The FZR1000 EXUP only had one real opponent, that was the GSX-R1100. Here’s the twist, prices for those oil cooled GSX-R1100s have gone silly, you won’t find too many for £2,000 or less. Meanwhile, the FZR1000 EXUP languishes in the bargain basement. Here’s a great example of what I’m on about. It’s 1995 model, the last incarnation of the FZR1000. These later models had a good spec, upside down forks, six pot calipers and eye catching colours.

They are not the most comfortable of bikes, a combination of high pegs and a long reach to the clip on bars. The previous owner of this FZR must have found that too much as it’s now fitted with an aftermarket top yoke conversion kit, it doesn’t do much for the race replica looks, but it’ll do wonders for your back!

This 23-year-old one-litre beast is HPI clear and is wearing 33,000 miles under its belt.

It’s great value for money, especially when you remind yourself it’ll pull 160mph or more and probably not depreciate any further; maybe in time it’s value will actually increase…

Anorak Fact: The FZR1000 uses a five speed gearbox, a popular conversion is to fit the six speed gearbox from the YZF750. 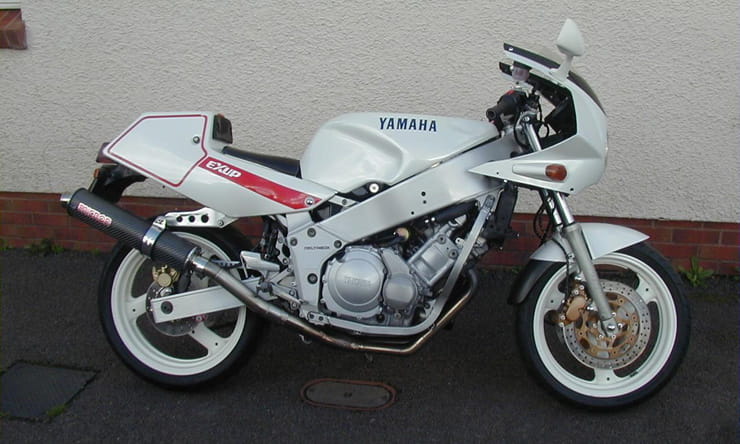 It wasn’t too long ago that you could pick up most old 400cc sports bikes for less than a £1,000. For years there was an abundance of unloved and unwanted grey imports. The FZR400 was one the biggest bargains, which made them perfect fodder for a cheap project.

The FZR600 engine will also slot straight into the FZR400 frame; for less than the price of a pair of new tyres you could find a decent FZR600 motor, spend a weekend in the shed and game on!

The benefits are mostly down to power to weight ratios being greatly improved. The 600 engine adds power, the icing on the cake is the fact that the FZR400 comes with an all alloy frame, unlike the heavy steel item on the FZR600.

This hybrid tells a very familiar story, a project bike that’s been created and then forgotten about. It appears to be a fully functioning motorcycle, other than it needs a tyre. Having sat for a year or so it’ll probably need a basic service too.

Priced at £1,595 it isn’t overly cheap for a non standard motorcycle with no MOT.

There is plenty of potential though if you fancy something different for the summer.

Anorak Fact: The FZR400 uses the EXUP system in its downpipes, it’s a well known weak spot, especially on bikes that have been unused. Always check that it isn’t seized.