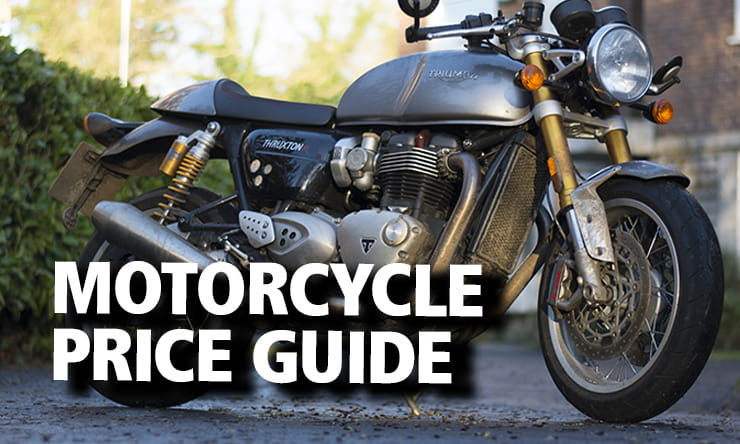 If it’s been a few years since you bought your bike, the chances are you won’t know exactly what it’s now worth. You can get an idea of the figure by looking at similar models for sale on eBay, Bike Trader and MCN, but obviously they are not identical to your bike, so it’s worth knowing what influences prices. Below are 14 factors that will influence the price you get, split into two sections – the ones you can’t change, and the crucial ones you can…

Think of this as the average of all the sale prices of similar bikes to yours (same make, model, age). For dealers, it’s called the Book figure (taken from either the Cap Green Book or Glass’s Guide), and has adjustments for mileage and condition. How the market arrives at a value is a wonder of economics, depending on initial price, demand and supply. Your mission, should you choose to accept it, is to shift the price of your bike above the market value using cunning and hard work (see Factors you can influence, below).

In the first three years of a bike’s life, age is critical because that’s when the price falls fastest. So, for example, the average price of all the 2019 GSX-R1000s currently on BikeTrader is £11,490. For 2018 bikes, that figure is £10,334, a drop of £1156. Do the same calculations for 2016 and 2015 bikes and the difference is £411. And by the time you get to six year old bikes the difference in price is even smaller – the depreciation curve is almost flat. By then condition will be far more important than age (see #9). Eventually some prices start to go back up again – usually around 25 years after the bikes came out, when middle aged fellas start looking for the machines they lusted after as teenagers. Hence the daft prices of early Fireblades, RGV250s, original Africa Twins etc. 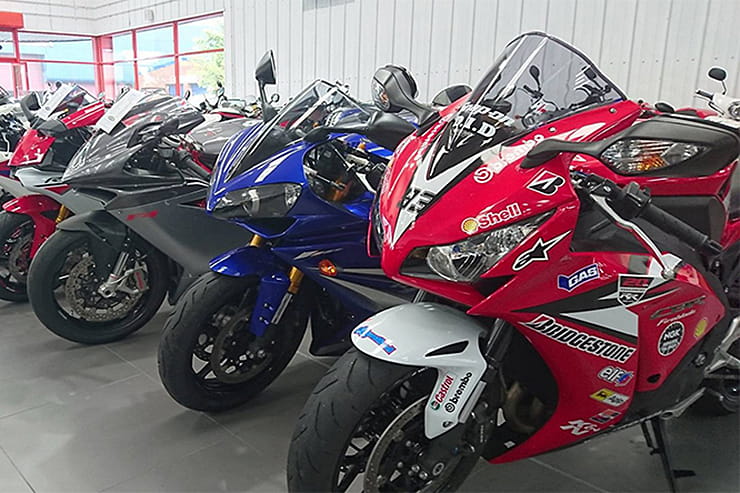 This is often used as a crude indication of condition and likelihood of impending doom. So, for example, a 2016 Speed Triple 1050 with 15,000 miles will cost you around £5600, where one with 5000 miles will be around £7000. In cases like this it makes little logical sense because they should both be equally reliable and the 5000 miler could have lived outside by the sea for four years. But hey ho, that’s economics for you.

Well chosen manufacturer accessories can add a few quid – for example Arrow exhausts on Triumphs, Termignoni end cans on Ducatis and any BMW gear on GSs. Quality bolt-ons from the likes of Touratech can be a positive too. But generally, accessories don’t usually add much because the buyer can argue they don’t want them. Keeping the original stuff and putting it back to standard when you come to sell is often a good idea, or at least offer it along with the bike if you can’t be arsed re-fitting it.

These are generally bad for sale prices, no matter how much you claim they improve the bike. If you’ve cut off the rear subframe to improve the lines and painted a huge-breasted dragon on the tank, the market value may elude you.

If you live miles from anywhere, you may struggle to get the market value because most buyers will baulk at slogging out there to view the bike. Consequently, you might have to lower the price to tempt buyers, which is why you often see bargain private sales in Cornwall, south west Wales and the Highlands of Scotland.

This becomes increasingly valuable with older bikes – a fully stamped service book with a 10 year old bike suggests a very different proposition to one with no service history. It won’t guarantee you a huge hike over the market value, but it will almost certainly speed up the sale, as buyers prioritise your bike over others’.

Possibly the most infuriating thing in motorcycling: you buy a new bike and three months later rumours of a replacement model appear and dealers start discounting the bike you’ve just paid full price for to make room for the replacement. Used prices plunge accordingly. Suzuki were famous for doing this, though have wised up lately. But the arrival of new models can still depress prices of nearly-new bikes.

Factors you can change

Particularly for bikes older than three years, this is a key factor. And it’s one you can influence massively. At the very least give the bike a deep clean, removing fairing panels if necessary to give access to filth traps around the drive sprocket and rear shock. Then it’s a case of assessing what you can competently do. Scratches can be polished out or touched up (small match pots are available for most bikes on eBay), bent levers and scuffed bar-ends replaced. If it’s easy and cheap, do it. But don’t get obsessed. Spending a day is worthwhile, but any more is usually a case of diminishing returns. It’s easy to turn it into a full blown (and financially pointless) restoration if you’re that way inclined. 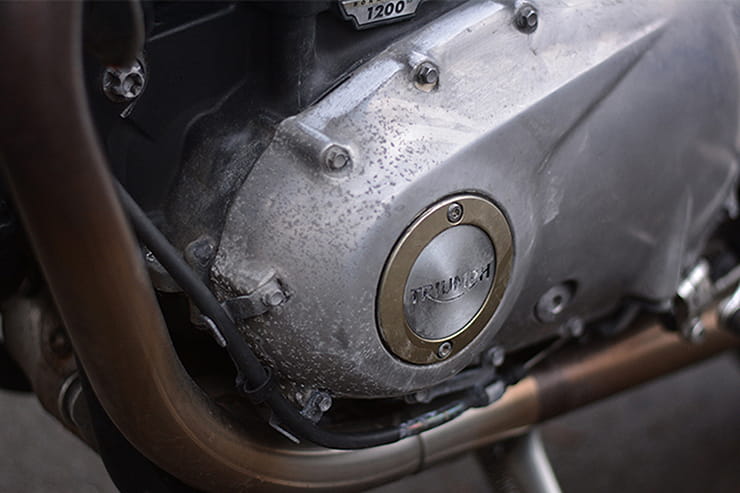 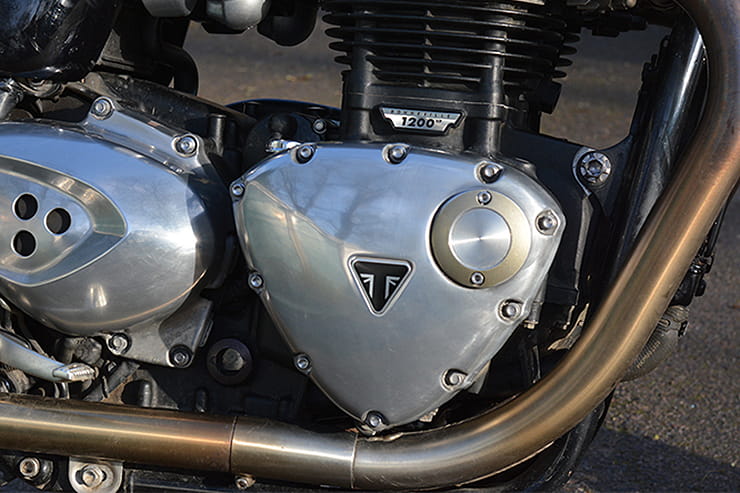 Most buyers are savvy enough to spot if the tyres, chain and brake pads are shagged and will haggle hard. You might as well put on fresh ones and use them as a selling point.

Sale method. Selling privately online (eBay, MCN and BikeTrader are the big portals) will usually get you the most money, but it’s the most hassle. Selling to a dealer through a part exchange, or to a bike buying service (eg webuyanybike.com) is far easier, but will net you considerably less cash.

If you’re selling online, take some decent photos: get the sun behind you, find a clear background and take all the angles. When writing the ad, go through all the good points before admitting any serious bad points. Be honest – buyers will be justifiably hacked off if they come to view the bike and notice the fairing is cracked or there’s an oil leak.

For the sake of £30 it’s worth getting a fresh 12 month MoT – it’s another reason for buyers to view your bike before a rival and some buyers naively believe an MoT is a guarantee of mechanical solidity, the poor misguided lambs.

Motorcycling is seasonal, so it makes sense to tap into that. If you want a quick sale at the market price, sell from March to May (viruses permitting). Things slow down from there until September when they all but grind to a halt. By all means advertise your bike in December, but you’ll have to be patient to get the market price. 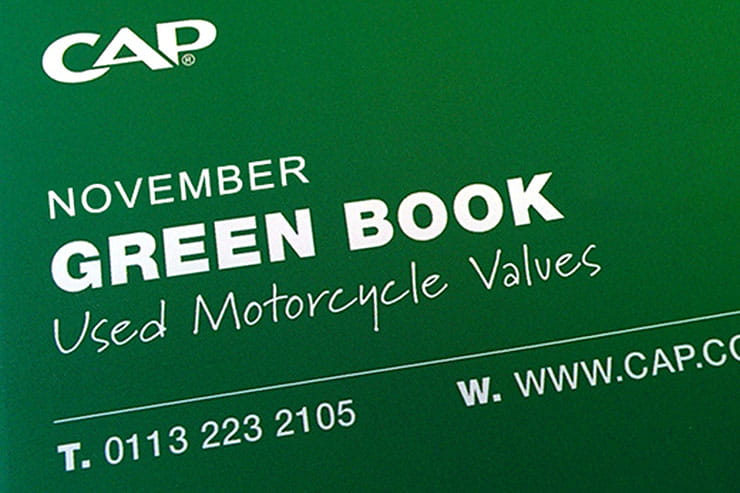 Most of us have a rough idea of what our bike is worth. Think back to what we paid for it and knock off a few hundred quid for each year we’ve owned it. Simple, huh? So, most of us are shocked when we’re looking for a part-exchange price and the dealer offers considerably less. Or worse, if you’ve ever called one of those ‘we want to buy any of your motorbikes’ type places where their valuations appear to have the decimal point in the wrong place.
Pricing a second-hand motorcycle is trickier than pricing a car. For one thing bikes hold a larger percentage of their value for longer than most four-wheelers, but there are fewer bikes around and condition can vary significantly, as can mileage and service history.

In the car world dealers use two different price guides; Glass’s and CAP. Both guides compile their prices by collecting the data on the tens of thousands of used cars (often ex-company cars and rental or fleet vehicles) that pass through the auctions houses each month. They apply an algorithm that adjusts for private sale, forecourt pricing and part-exchange values and, because the whole trade works from those values, they become the industry standard.

The more specialist vehicles that don’t go through the auctions in any volume are assessed by expert valuers talking to dealers, which allows them to cover the whole market accurately.

There are trade motorcycle price guides too, but the data is gathered differently – much more manual and closer to the specialist section of the car market. The numbers of bikes going through the auctions are much smaller and many are older, cheaper machines taken in part-exchange by main dealers. So the price guides’ experts use the bike dealers to gather data and keep an eye on the older bikes that are turning the corner into classics to maintain accuracy.
The problem is that unless you’re in the trade you don’t get access to those prices making it harder to know if the price you are paying is reasonable and the part-ex value offered is fair. 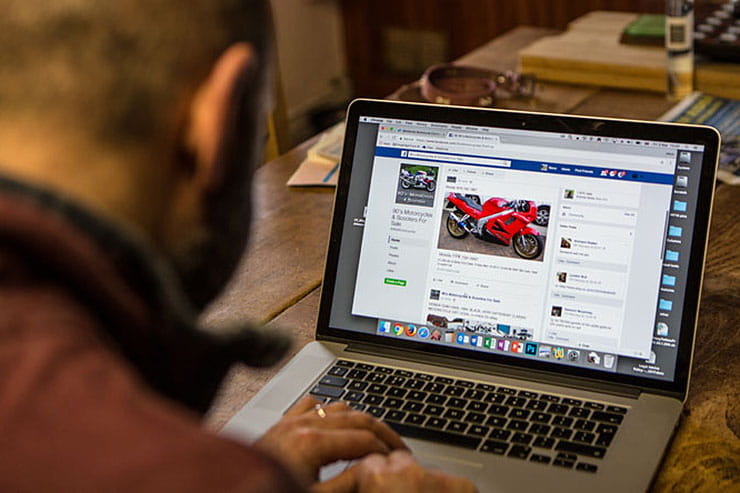 Thankfully, a couple of clever boffins launched The Bike Market (TBM) a few years back, which is a website that offers motorcycle pricing info via some very smart thinking and a powerful algorithm.

BikeSocial spoke to TBM founder Ian Sidney to learn more. “We aim to be a fast and simple way to find your next bike at the right price. To that end our system collects data from current bikes for sale from various places like eBay and incorporates them into our unique price guide.

“Imagine our system like a certain kind of bike enthusiast (we all know them), who likes to constantly browse bike classifieds. Over time they get a strong sense of what things are worth and which models are depreciating, turning the corner into classics or which have already and are appreciating."

The Bike Market’s pricing algorithm itself is a closely guarded secret, however BikeSocial suspects it works something along these lines. Let’s say there are 50 Honda Fireblades added for sale to eBay every week. Over the course of just one year that’s 2,500 Fireblades that the database is seeing, which (if the law of averages really gave us averages) works out to 86 of each of the 29 Fireblade model years. In ten years, assuming the algorithm allows for ageing, there would be a database of almost 1,000 Fireblade prices for each model year. And by the time you are averaging the prices of 1,000 bikes any anomalies soon get eliminated, meaning the pricing is very, very accurate.

The TBM algorithm would need some kind of feature to automatically allow for bikes getting older and also the ability to adjust prices to represent the full range of private sale, dealer sale and part-exchange values. This might sound a bit ‘finger-in-the-air’, but clearly, the developers at TBM have very pointy fingers because the values generated are highly accurate right across the spectrum although Ian is quick to remind us that, “You should remember that it's a Price Guide, with the emphasis on ‘Guide’ and not a bespoke valuation service for one particular example of a bike.

"All this data should allow you to see if a bike you’re looking at is a good deal, around the right price or on the high side. In which case you should probably question why; it could be in superb condition, have a load of extras or simply be too expensive.” 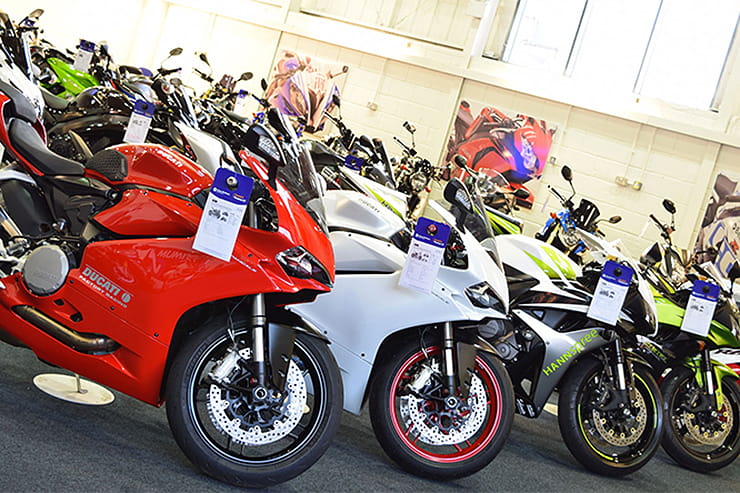