How to buy a new motorcycle from a dealership 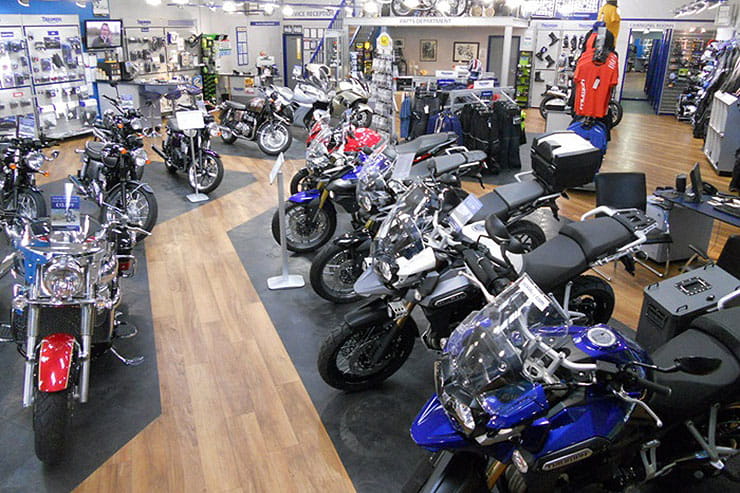 So you’ve decided to buy a brand new bike from a dealership. Congratulations – there are some incredible machines and deals out there. Here’s how to make it a smooth and joyous process.

1. Do some proper research

Many new bike buyers splash out on a gorgeous new machine only to realise it’s too heavy, too uncomfortable, too unwieldy in town, too difficult to get down the side of the house, too unpleasant for pillions, too complicated, too basic… the list is endless. Take as many road tests as you can. You need to be honest with yourself about what you’ll really use the bike for and how experienced and skilled you are. The natural tendency is to get the biggest, flashest widget-laden device you can afford, but you might be much happier on a smaller, simpler bike (and you can spend your savings on riding holidays, kit, insurance etc).

that has a good local reputation. Ask biking mates, ask at a local bike meet, ask customers at the dealer itself. Trust your instincts – if previous customers are ambiguous, or the salesperson doesn’t seem genuine, or you suspect their advice isn’t sensible, or you feel rushed into buying, go elsewhere. There are plenty of excellent dealers around who want to turn you into a long-term customer – and that means treating you properly. In our experience it’s worth spending a few more quid at a good dealer than saving money and getting poor service. The same thinking applies to internet bargains – you’ll save money, but you’ll potentially miss out on good local support. We’d try asking the local dealer to match the internet price.

3. Make sure you understand depreciation

This is how much the bike’s value drops each year, and for new bikes it is huge – on average you’ll lose 20% of the bike’s value in the first two years. The depreciation curve only starts to flatten out after six years, so until then you’ll be losing a considerable amount each year just from owning a new bike. If you’re prepared to suck this up, fine, go for it. If not, you need to look at used bikes, where the depreciation has been absorbed by a previous owner. Looking at used prices for models you're interested in can reveal big differences in depreciation – Harleys, for example, don’t depreciate as much as Japanese sportsbikes. 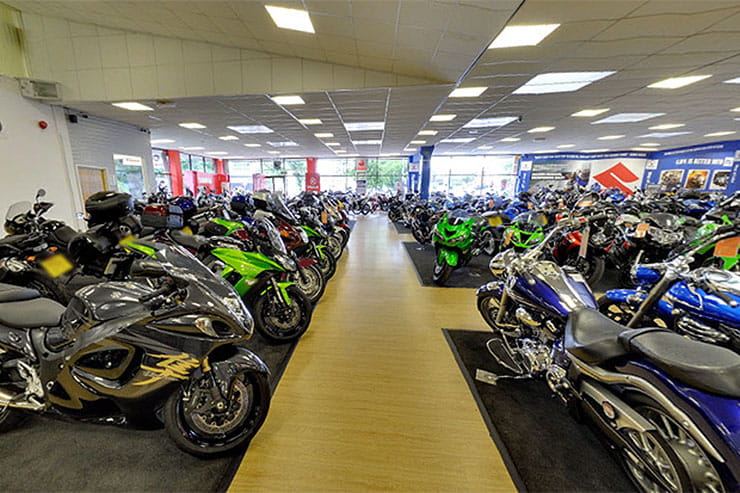 4. Consider your finance. Broadly, there are three options:

- Buy the bike outright. This could be with a loan you take out yourself, or with the pile of cash under the mattress (incidentally, that’s not as attractive to dealers as it used to be because banks charge 1% to count it – a bank transfer is best). With money up front you are often in a strong position to haggle, but not always. Some bikes are in short supply, so dealers won’t negotiate (e.g. Kawasaki Z900RS, BMW S1000RR, Royal Enfield Interceptor), and these days dealers are usually keener to get you onto a PCP (see iii) to increase the chances of you coming back year after year. But haggling is worth trying (see 9)

- Buy on HP (hire purchase). You pay a deposit, then monthly repayments for, say, three years. After that, the bike is yours. It’s simple and easy to understand. Don’t forget you can haggle on the ticket price and the interest rate.

- Buy on PCP. Personal Contract Purchase gets you a new bike for the lowest monthly outlay and is great if you want a new bike every three years. But it’s complicated. You pay a small deposit, then the monthly payments cover the interest and the bike’s depreciation for – usually – three years. The key is that you’re only paying for the amount the bike is predicted to drop in value, which is why it’s cheaper per month than HP. At the end of the term, you have three choices. You can pay off the rest of the amount and own the bike, you can give it back and walk away, or you can give it back and take out a new PCP on a new bike (for hopefully about the same monthly repayments). As with HP, you can negotiate on ticket price and interest rate.

If you can be flexible when you buy, you could save money. Dealers are usually quieter mid-winter, so they’re keener to do deals, and they all have targets to meet which are usually based on quarterly sales. This makes the end of March, June, September and December a good time to negotiate.

These are the ones that are about to be replaced. For example, it’s understood the new Africa Twin is about to be launched, so dealers may want to clear out any old stock. No harm in making a cheeky offer. 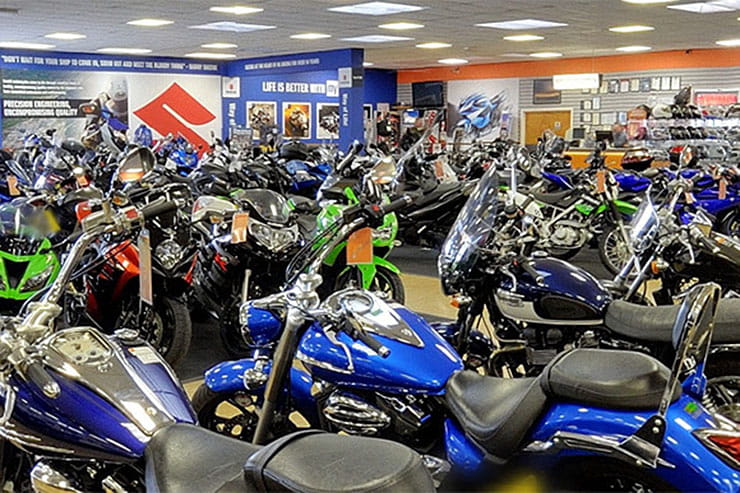 If a dealer needs to meet a sales target they will sometimes 'buy' the bike and register it to the dealership. So, the bike is still brand new, but it has one previous owner, and the warranty clock is ticking – it’s worth checking how much is left. Deals can be tempting – expect to save at least 10%, and usually a lot more if it’s on an old plate and the new ones are coming in. Haggle hard (see 9)Consider ex-demo. As per pre-reg, except it’ll have a few miles on and probably less of the warranty left. The spec may be higher too. Don’t worry too much about the miles (usually a few hundred at most) – demo bikes are maintained to the highest possible standards.

Lots of us find this the tricky bit, because we’re up against a professional haggler and we’re not used to it. But there are some simple rules for success. Most importantly, shop around so you know what a good deal on your target bike looks like. Stay confident – remember that you are in a position of power because you can walk away – and be calm and polite. Don’t forget that the ticket price is the dealer’s top price, so make your first offer daringly (but not absurdly) low and then wait – don’t fill the dead space. Look serious and let the salesperson work. Once the negotiation is rolling it should become easier as you trade counterbids, heading for a fair deal somewhere between your original offer and the ticket price. Obviously don’t accept kit, accessories etc as part of the deal unless you really do want them. All the above applies to haggling on interest rates and part exchange prices. Finally, be realistic – dealers don’t make fortunes on new bikes (hence the number of used bikes in most showrooms) – but also be prepared to walk away. You might just get a phone call later suggesting they can in fact lower the price...

If you’d rather get used to the bike on your local roads without being watched by a showroom full of people, ask for it to be delivered. Good dealers will happily oblige without making you feel like a numpty.