Choosing a bike is like choosing a puppy. They’re all great, but some are more suited to your lifestyle than others. Here's a few tips that may come in handy when it comes to buying your first motorbike.

What kind of riding will I be doing; city commuting or country lanes? How tall am I, what do I know about maintenance, how long am I going to keep it and what is more important, mpg or mph?

The best new 125cc bikes cost more than £4000. That’s expensive for something you may only keep for a year. Thankfully, there’s a strong demand for well-maintained, used machines so you won’t lose too much money, and when you consider how many learner bikes get crashed neglected or thrashed, the peace of mind of buying new is worth paying for if you can afford it. 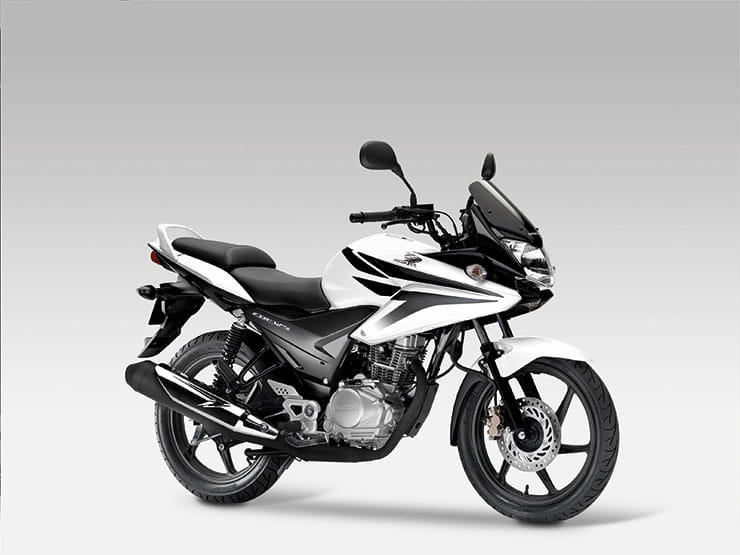 Choosing the right 125 for you - Commuting

The perfect commuter bike is small and nimble with an upright riding position (to spot the gaps) and get through traffic quickest. You need enough acceleration to get away from the lights first and a top speed of at least 60mph to survive a dual carriageway. Decent mirrors are essential too so you know what’s coming up behind and soft-enough suspension to deal with the potholes.

Less bodywork equals less damage in a fall, meaning cheaper crash costs and lower insurance premiums. Somewhere to bolt a rack on the back is handy to carry your sandwiches, laptop, lock and waterproofs.

A naked street bike has all the above; simple, frugal engines, adequate performance and nimble in town. Their low seats give extra confidence to shorter riders although anyone over 6ft may feel like a Labrador riding a rabbit. 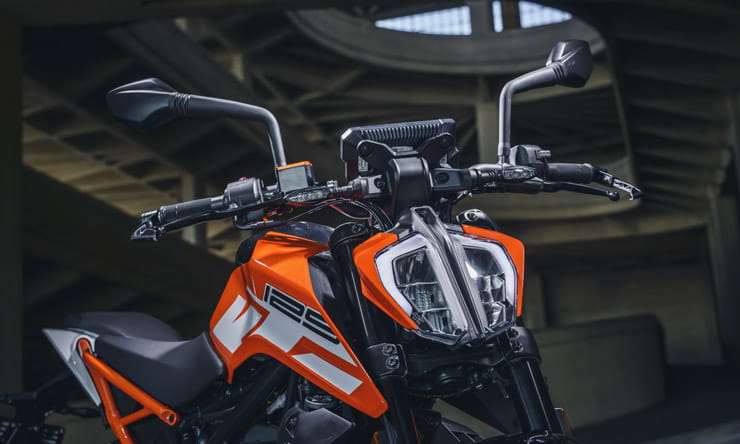 Anyone over six foot will feel clumsy on a 125cc street bike, but there are a selection of 125cc trail bikes that have bigger wheels, taller seats and off-road adventure styling. None of the mainstream manufacturers build a new 125cc adventure bike, but there are plenty around in the used market. These bikes have long travel suspension, perfect for potholes The later ones have economical four stroke engines, while many of the older ones are two strokes, which are faster-revving and better accelerating, but less reliable or economical. 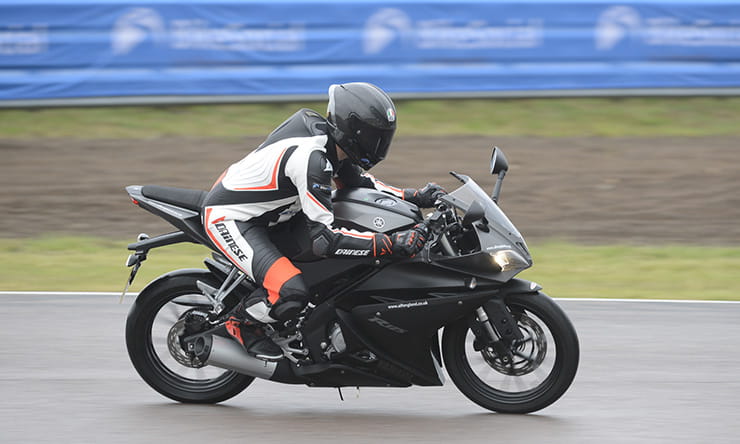 Sports bikes have big, strong frames, aerodynamic fairings and sporty suspension to help them eke out every last mph and  corner with more confidence. The downside is that the riding positions are cramped and less comfortable, especially in town. Owners will tell you that they do at least a million mph (apart from Brian whose tuned one does ‘a-million-and-five’. The reality is more like 73mph, which is still enough to keep ahead of most of the traffic.

A sports 125 might not be much faster than the commuters because they are legally restricted to the same power and aren’t fast enough for the fairing to add serious aerodynamic advantage. But they look faster and Brian believes that his Yamaha YZF-R125 will get ten snogs to every one that his YBR125-owning mate gets. 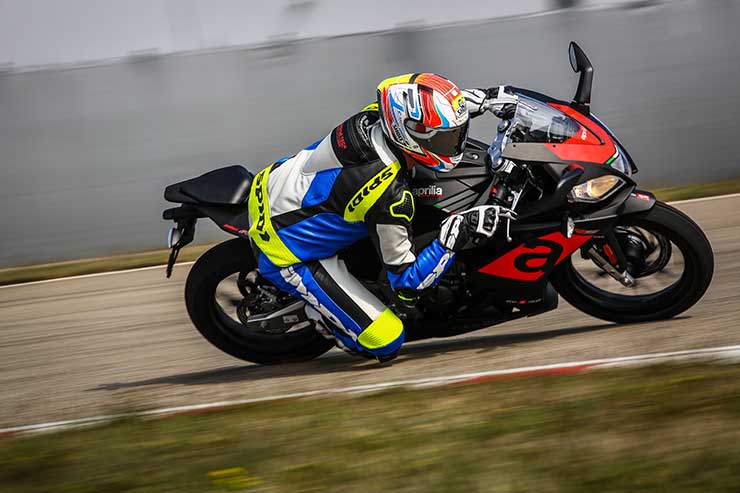 There are plenty of cheap Chinese 125s around that look similar to the untrained eye to the £3500 Honda you’d love but can’t afford. A brand new bike for less than £2000 has got to be worth a look Chinese bikes have improved in recent years. Many are still based on copies of older Japanese technology, but there are some brands who are starting to develop their own engines. Quality control is usually the biggest issue. If an engine is only making 11bhp then it only takes a few slight manufacturing issues to lose a large percentage of the available power and, in this market you need every single bhp to keep up.

Many of the bikes come from two or three big factories, but they can wear dozens of different badges. Many manufacturers don’t have an established dealer network or spares supply, so a niggle can become a problem that keeps your bike off the road. The better importers have a proper spares network and sometimes replace the weak spots (tyres, spark plugs and brake pads) with better aftermarket items.

So the simple answer is yes, a Chinese bike can be a great buy if you understand that the cheap price means you can’t expect the same quality as with a Japanese machine.

Buying a used Chinese machine is the best way to get a nearly new bike for next-to-nothing. Take a mate with you who knows bikes and can check that everything works safely though. Some older examples can get very saggy very quickly.

Buying a used 125cc motorcycle needs care. They have a hard life without being well-maintained. Stick to these simple rules and buying a used 125 is simple.

The one big thing…

The biggest problems with used 125s are crash damage and neglect. Most new riders have the occasional wobble. So scuffed bodywork, bent levers, scraped mirrors and exhaust are fine. Cracks in the plastics, bent fairing brackets, dents on fork legs and the swinging arm where the exhaust bashed it are signs of a bigger tumble.

Neglect is harder to spot. Some riders understand the value of keeping the oil topped up and the chain lubricated, others don’t. They run the same engine oil for 10,000 miles, the chain is rusty and dragging on the floor and the sprockets look like Ninja death stars while the brake pads are down to the metal backing plate.  None of this (apart from maybe the engine oil) will do permanent damage, but replacing the worn out chains, sprockets, brake pads, discs and tyres could cost as much as you paid for the bike.

Dealers put bikes through their workshop fixing the problems common on a used 125. And they supply a warranty backing up legally enforceable consumer rights.

Buying privately is fine, but take an experienced rider to check out the bike. If your mate’s insurance allows him to ride other bikes, he can test ride it too.

Smaller bikes often get advertised locally so try the local press, websites and supermarket or newsagents notice boards as well  as Gumtree, Ebay or bikes-for-sale Facebook groups. Buying on eBay is fine, but remember that the photos don’t always tell the whole truth and an owner might not know that there’s a problem with the bike.

Try to buy local because riding your new bike back from Bristol to Warrington without using a motorway will be a challenge you won’t enjoy. Dealers will usually deliver a bike for a small fee, which you might be able to haggle into the price.

Generally, ebay or Gumtree will have the biggest selection of private sale bikes advertised, where Bike Trader and Motorcyclenews.com will have more in dealers. There are plenty of other classified sites and don’t forget that car dealers occasionally take bikes in part exchange and will want to move them on as quickly (and cheaply) as possible.

Both is the simple answer. Ebay is the opposite of haggling - good for sellers, not so good for buyers. But for those with more money than time it gives access to a huge selection of private and trade sellers nationwide.

Those on a limited budget have to be patient. Decide on your limit and accept that there will be another one for sale shortly.

Look at the options for bad listings. If someone has put ‘Blue Yamaha’ when they should have written, ‘Immaculate Yamaha YBR125’, you might be the only bidder.

If you don’t win, contact the seller in case the winner doesn’t show up. You’ll be surprised how often it happens.

Always view the bike before you bid. Chances are if you make a reasonable offer while you’re there, they’ll accept it anyway.