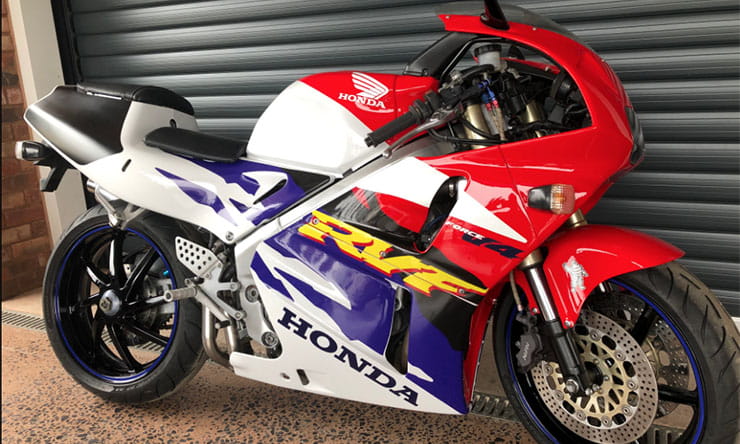 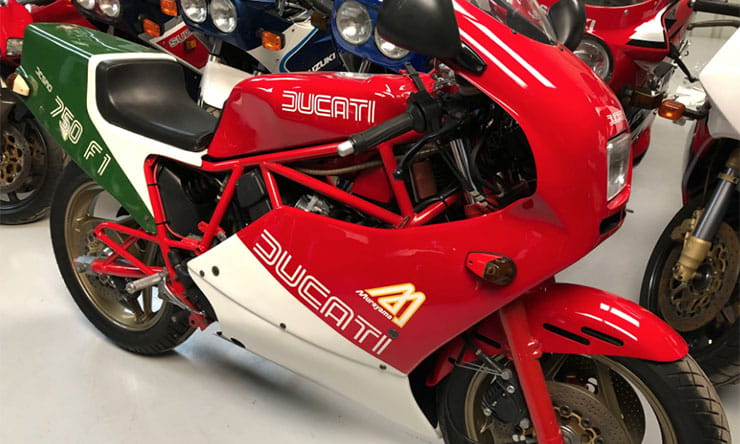 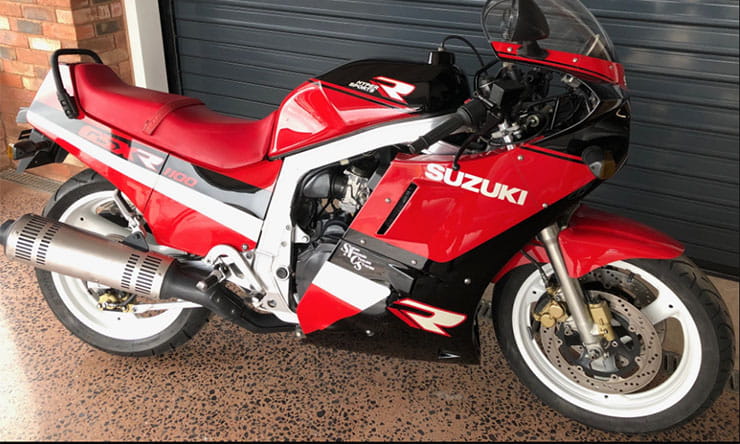 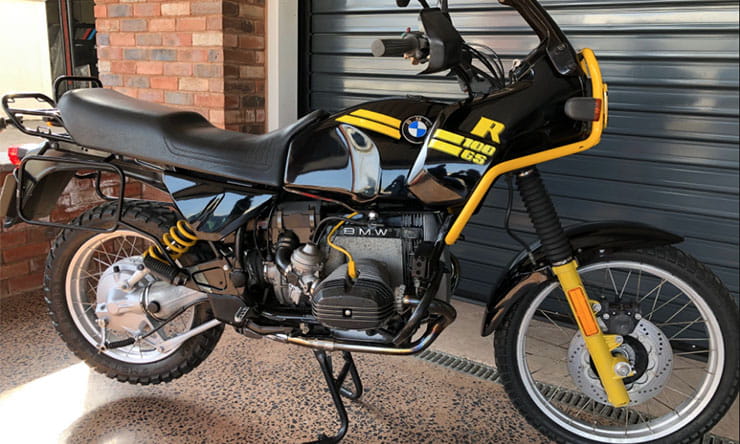 There are three main reasons to import a bike. Firstly, you might want a model that’s not on sale here – the new Kawasaki KLR650, for example, will go on sale in America in 2022, but not in the UK.

Secondly, you might want a classic that’s spent its life somewhere dry and sunny rather than in a damp British shed. Or you might be moving back to the UK and want to bring your bike with you. In all these cases, the process is largely the same, though with some crucial cost differences.

How much does it cost to import a motorcycle?

So, is it worth it? This is the biggie. Before we get to shipping costs and bureaucratic hassle, consider this:

This alone usually renders it financially barmy to import a bike under 30 years old unless the exchange rate is particularly favourable or the bike is absurdly cheap in the other country (which might just apply to the KLR, as the base model is going to be £5000). 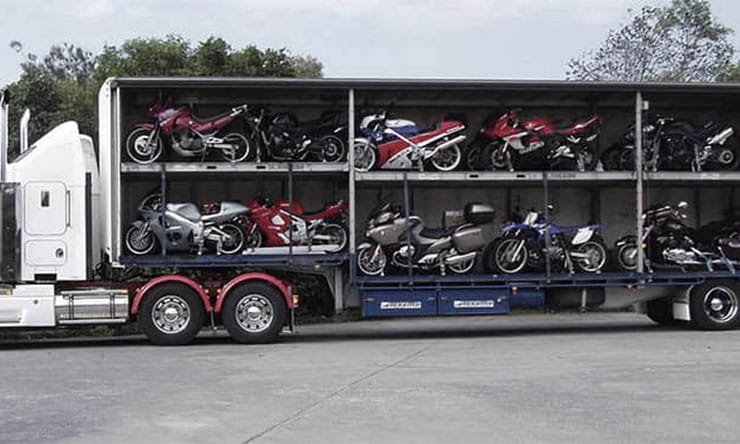 How to import and register a motorcycle

See details on how to ship a motorcycle form the USA to the UK. 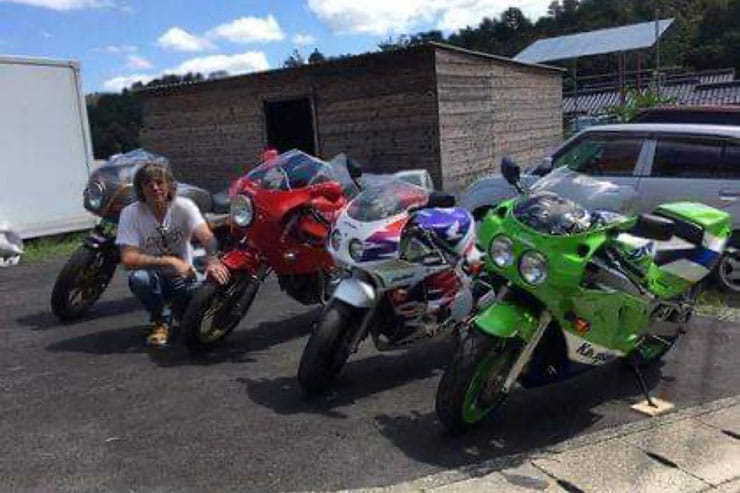 "I export bikes from Japan"

25 years ago, Graham Crump was working in a bike shop near Bath. The shop sold bikes that were grey-imported from Japan via an agent who was a good businessman, but not a motorcyclist. The quality of bikes arriving varied and when Graham mentioned it to the agent, he was invited to go out to Japan to help choose better stock. 25 years later he’s still there, only now he runs his own business GJC Trading. Graham will source, buy, transport, crate and arrange shipping on bikes from Japan all around the world, BikeSocial caught up with him for a chat.

“The Japanese market is mostly about new bikes, the used market is very limited apart from some nostalgia buying of classics. When riders change their bikes, they are as likely to sell to a ‘we buy your bike’ type specialist as they are to part-exchange, which isn’t anything like as popular here as in other countries.

“The used bikes are bought cheap and tend to go through enormous auctions, but many are also offered with a ‘buy-it-now’ price. Prices vary – some machines are considerably cheaper than in the UK, others are more expensive. For example, used Ducatis are very good value in Japan and tend to be in better, more standard trim than UK bikes. I buy a lot of 996/998 Ducatis and there are plenty of older air-cooled F750F1s and MHRs too. Bimotas are surprisingly common and good value. The 250cc and 400cc sports bikes that were the backbone of the UK grey bike boom in the 90s are getting harder to find in good nick at the right price and something like a Honda RC30 is probably cheaper to buy in Britain than Japan right now. 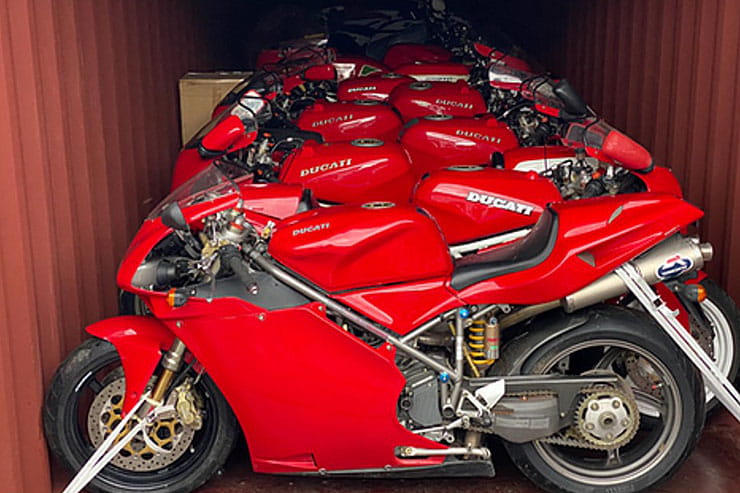 “I post links to interesting bikes I’ve seen and upcoming auction stock in my Facebook group; classic and modern motorcycle exporter. If you see something you like, I’ll buy it for you or bid at the auction. Once bought I then arrange domestic transport from the seller to my place, where I build a crate, pack the bike up and transport it to the docks. I charge a fixed fee of 40,000 Yen ((£285) commission to buy the bike and another 80,000 Yen (£570) for crating it up and delivering to the docks. Costs for domestic transport from the seller to my place varies but is typically around 18k-35k Yen £150-£200 and then shipping costs from Japan to the UK are around £500 plus port handling fees. 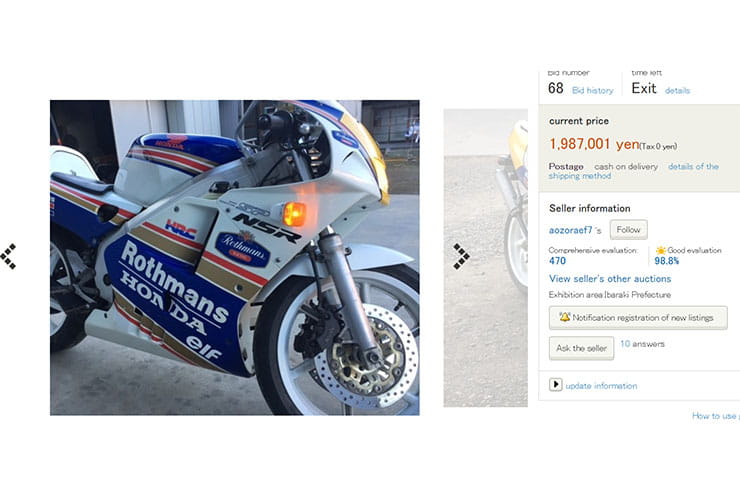 Exotic 1990s two stroke 250s are still out there, but they aren’t cheap and there’s full VAT and import duty on top as well

“The biggest advantage of buying from Japan is that the bikes tend to be in better condition, lower mileage and often (but not always) closer to standard. Some of the bikes in the 1980s and early 90s were restricted. Many have been derestricted, but its hard to know because even though owners look after their machines, it’s very rare to find any kind of a paper trail for service history. On the bigger bikes (750CC+) which had power restrictions as well as speed I tend to look if it still has the original restricted 180km/h speedo. That’s a good indication that the bike is still restricted.

“Most of my customers are knowledgeable and clued-up but the two most common mistakes are not knowing how to use a currency convertor and getting the prices wrong, assuming that when they’ve asked Google to translate the Japanese advert that the price will be displaying in their currency and no understanding the import restrictions for their country. That last one is important; in Australia and the USA for example, you can’t import and use a vehicle that wasn’t sold there officially for 30 years. Which means the American buyer who rang me this afternoon asking about a 2002 Honda VTR100 SP-2 I’d posted will be staring at a £6000 Castrol-coloured ornament for 12 months until he can ride it.”

If you want to know more about Graham’s business, check out gjctrading.com or look up his Facebook group; classic and modern motorcycle exporter.

(Below) Shipping many bikes at once in a container is much more cost efficient. How many mates do you have? 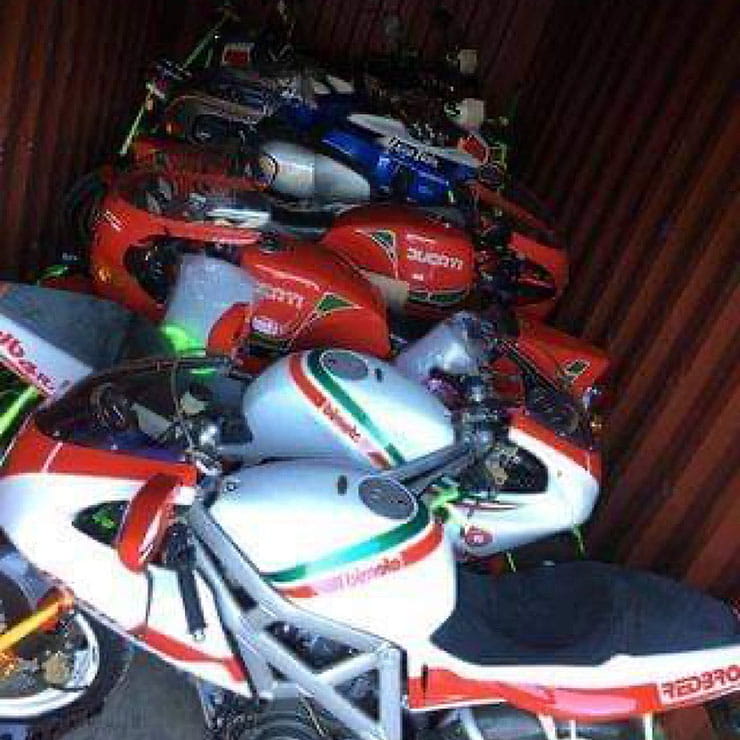