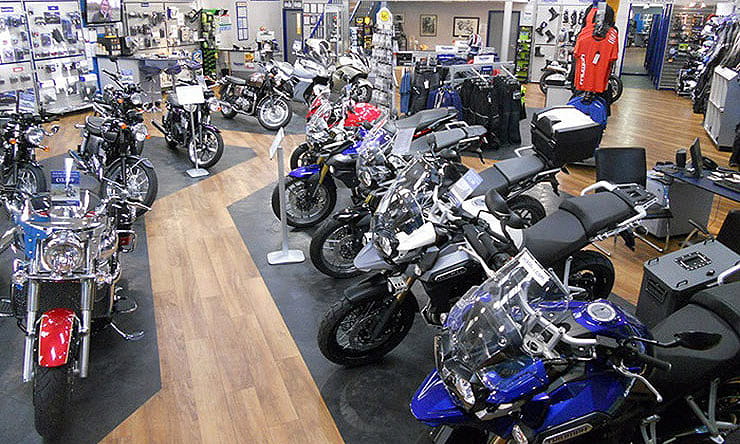 The era of PCP (Personal Contract Purchase) has revolutionised buying options for motorcyclists over the last decade, and, like a revolving door, once a 36 or 48-month contract is up, generally speaking the buyer will wander back into the dealership hand the keys over and take out another PCP deal with a shiny, sparkly new motorbike. At least that’s what those running the dealership will hope.

That leaves the dealership with the option of selling the original bike as a ‘pre-loved’ machine, or trading it on. Either way, it’ll mean there are plenty of high quality three or four-year-old bikes that have been dealer-serviced up for grabs for the conscientious buyer.

So, we take exhibit A, a 2017 Ducati Monster 797. The entry level Monster with an L-twin, air-cooled, 803cc engine (from the Scrambler range) with 75hp that would have had you forking out £7895 if you bought it outright three-and-a-bit years ago when launched. Equally, with just a £1500 deposit and a promise not to exceed 5,000 miles per year then the mini-Monster could have been yours for 3 years at less than £100 per month. A balloon payment at the end would have seen you own the bike outright, or a quick call to the dealer and an 821 or even a 1200 version could have been nestled in your garage that night.

A quick scout around Biketrader this morning and Superbike Factory have a 2017 Monster 797 with less than 5,000 miles on the clock for a shade over £5,000. Equally, a Folkestone-based Yamaha dealer has one with a Scorpion silencer with a similar amount of miles for £5399. And that’s pre-negotiation price too.

So, the crafty buyer could well pick up a steal on the bikes that were new in 2017 and that are now sat in dealerships having been traded in. Take a look at our guide to what impacts motorcycle prices for some negotiation pointers and how you can perfect your strategy and nose for a bargain.

Otherwise, here are our top picks for a handy deal right now based on popularity of the corresponding article on BikeSocial, though it’s hard to believe some of these machines are already four years old, but don’t forget that everything is negotiable: 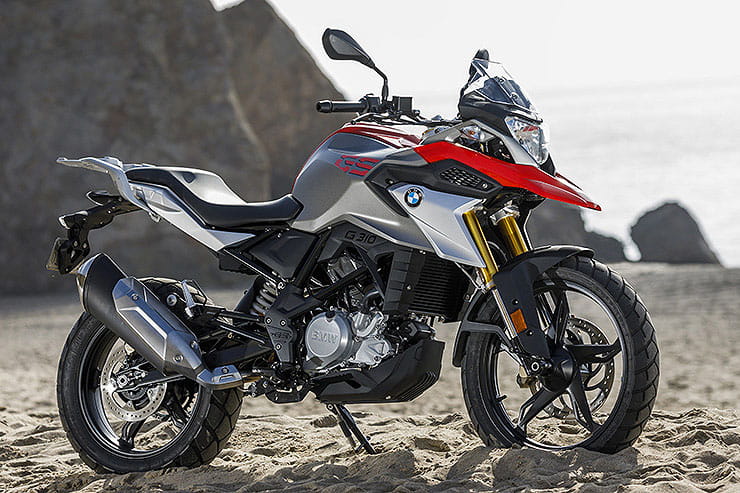 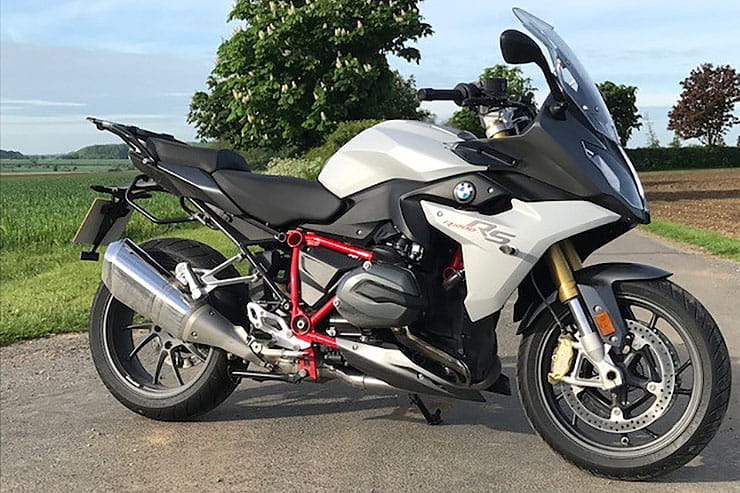 BMW R1200RS – a GS for those who don’t want a GS, it’s easier to manage and sportier too with long distance comfort, weather protection and the option to fit full luggage. The uber-smooth sports-tourer powered by the ubiquitous boxer twin has the beating of a VFR1200 or Z1000SX courtesy of its ride quality and gizmos. Find one with the electronically controlled suspension and an aftermarket screen. They hold their value well so you’ll still be parting with +£8.5k for a good ‘un. 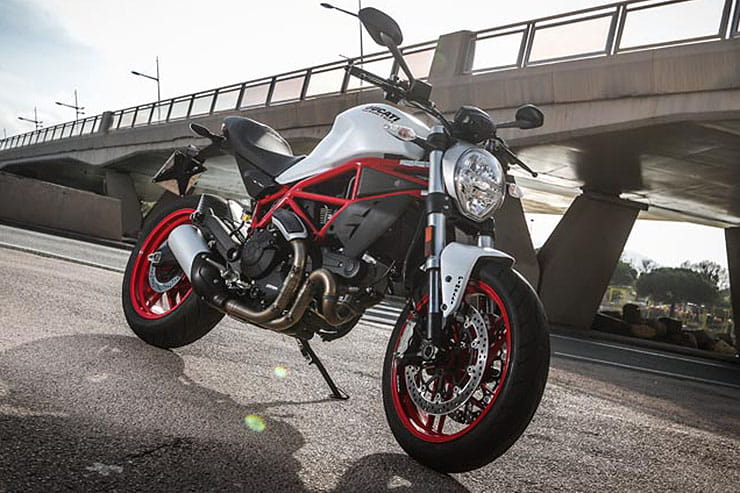 Ducati Monster 797 – from what was written above, there are some well looked after Mini Monster’s around for sub-£5.5k. They’re popular, easy to manage and it oozes style, class and cache without being a wallet-buster.

Honda CMX500 Rebel – quite possibly the most bad-ass-est A2 compliant cruiser that offers some stress-free, unimposing rides for a decent price. You can bank on Honda quality and after-sales service. A 2017 version of the 471cc, 45bhp twin with its low seat can be yours for less than £4k. 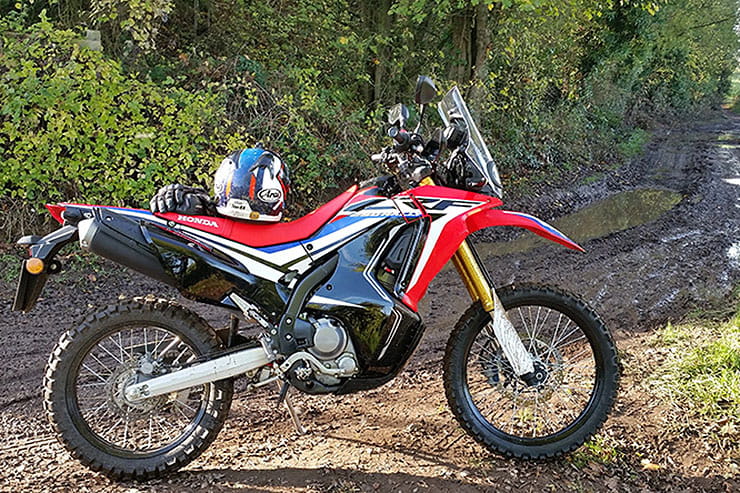 Honda CRF250 Rally – sling it around the muddy lanes and you’ll feel like a real rally hero. Low running costs, high quality and a feel-good factor to boot. £5320 when new in 2017, one of these 3-year-old 250cc singles with their 24bhp, 157kg kerb weight and rugged appearance can be picked up now for just over £3.5k. 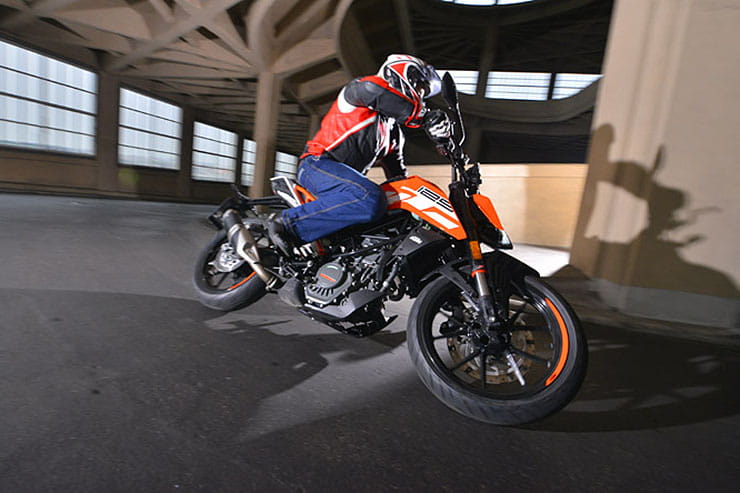 KTM 125 Duke – The most prestigious, premium offering in its segment that is popular because it doesn’t patronise its audience where ‘L’ isn’t for Learner, it’s for Luxury. Don’t underestimate the lightweight, 125cc single cylinder, it brings new levels of sophistication and class to the 125cc category. Available for £4099 when new, the price of a 3 year old example hasn’t dropped that significantly at £3190. 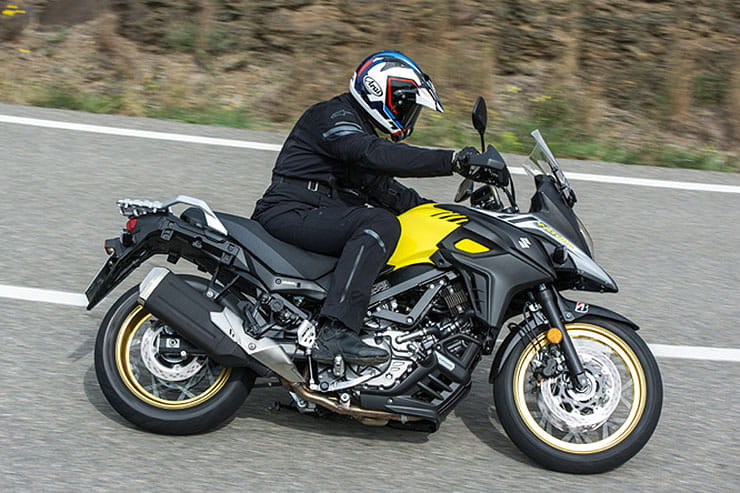 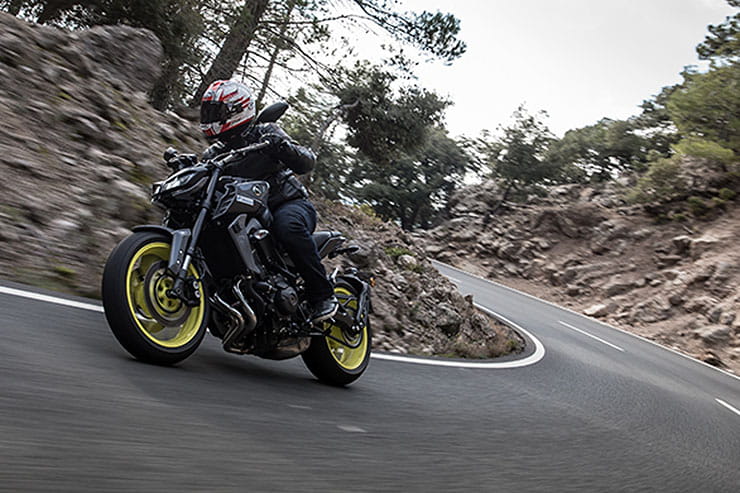 Yamaha MT-09 – if you’ve never ridden a bike with Yamaha’s 847cc triple engine then what have you been doing with your time? There’s no wonder the MT-09 has been bringing in the big dollars for Yamaha, it’s a belter. The 2017 version was given a nip and a tuck at the front and back plus a quickshifter, and became an uber-popular and extremely entertaining way of spending £7799 brand new, and I’ve seen a 2018 registered bike with 5,000 mile at less than £6k. 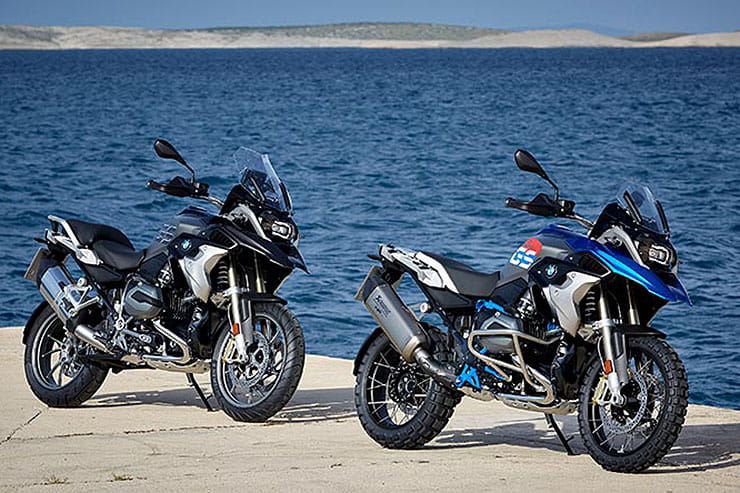 BMW R1200GS Rallye and TE Exclusive – the last of the 1200 GS models, the Rallye and TE are both comprehensively kitted out, go-anywhere versions of the big boxer adventure-tourer. The Rallye Sport had optional Dynamics ESA and crash protection that would see the brand-new price heading towards £16k, yet there’s a 2017, one-owner, 13k mile example with those extras and more up for less than £11k. That’s a lot of bike for the money. 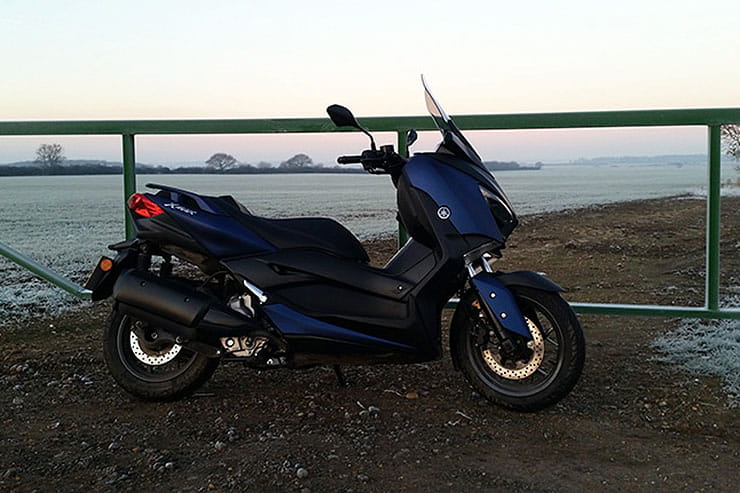 Yamaha XMAX 300 – the premium feel of a 292cc single cylinder maxi-scooter can fit the bill for any city commuter – it’s quite simply the perfect get-around machine. But for the convenience and style comes a £5498 price for a new one when it was released in 2017 replacing the XMAX250, a personal favourite of mine. A shade above £3k will get you a good one right now.