How to buy the best ex-police bike | Motorcycle buying advice 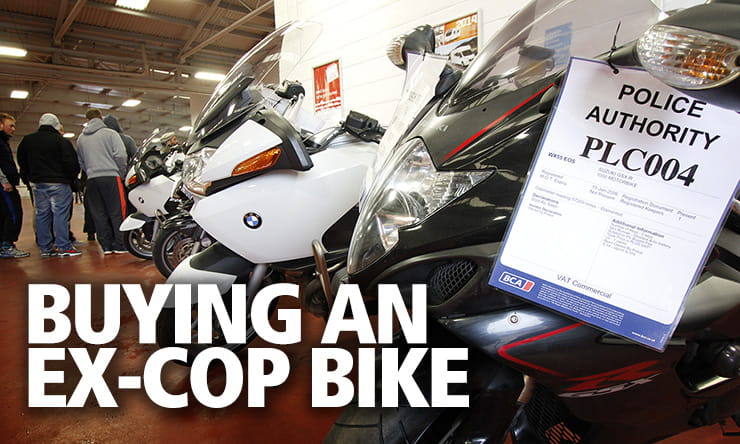 Buying a police motorcycle could be a great way of getting a high-spec bike that’s been meticulously maintained. Or could it? And if you do go to an auction to find a great one, which should you choose? We asked ex-police motorcycle sergeant Dave Yorke to review the best used police bikes he’s ridden in his years with the Merseyside force, and to tell us how they differ from the ones the public normally buy…

What is the best police motorcycle and what makes them different?

Think of a police bike and what immediately pops into your head? You might be old enough to remember the glory days of British manufacturers, or it might be that you think of something a tad more modern.

Pretty much every major manufacturer will have had a bike used by the police somewhere in the world; it’s a two-wheeler’s versatility that makes them so popular. From tackling crime to escorting the royal family, police bikes lead a varied life, but even then, there are certain motorcycles better suited to some roles than others.

While I’ve not ridden every police bike there is, I’ve been lucky enough to have the choice of a variety of motorcycles to suit any one day… 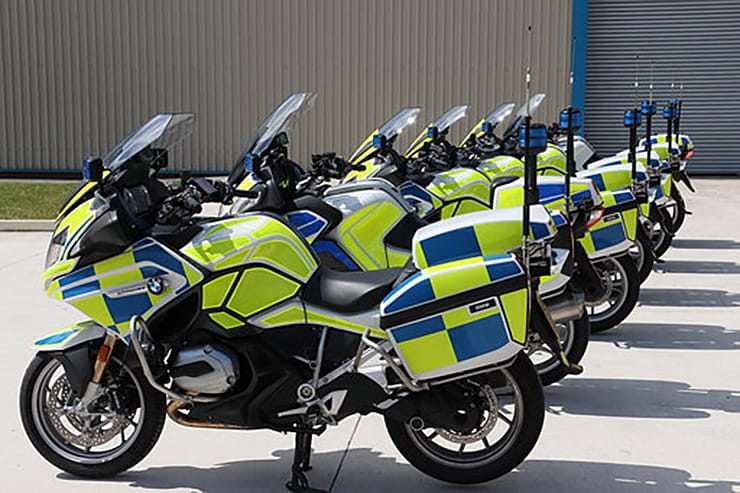 BMW actually provides a Police (or other public sector) bike straight from the factory, and even names it differently from the bikes the public buy; they come with a ‘P’ after the model name, so the BMW R1250 RT becomes the BMW R1250 RT-P. And it’s a similar story for the F850 and 750 GS.

If you’re going to spend your working day on one, you want to be comfy, and I’ve done plenty of 450-mile 14 hour days on an RT.

What makes them different, apart from the obvious single seat? Well, they get the blue lights and sirens, along with dedicated BMW switch-gear for the handlebars, saving police forces from having to cut unsightly holes in fairings (although that doesn’t mean they won’t). 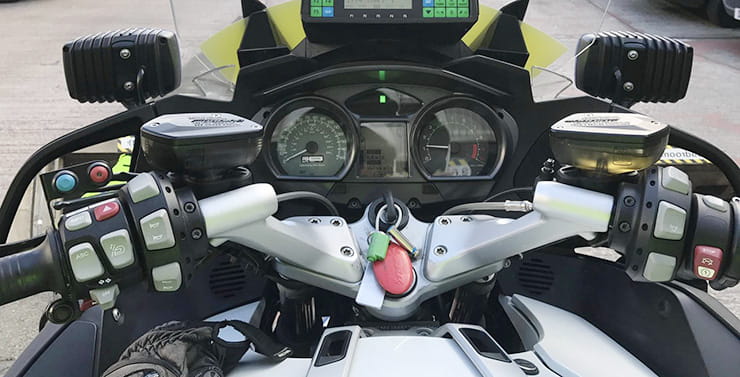 The 279kg of the R1250RT-P is all carried low down and the 136bhp moves it along nicely, making it very easy to manoeuvre around town where quick turns are a necessity.

All the bikes come in a single-seat configuration with the additional electronics fitting under the rear hump. That hump makes it a leg stretch though, and I’ve seen plenty with tell-tale boot-polish stripes. 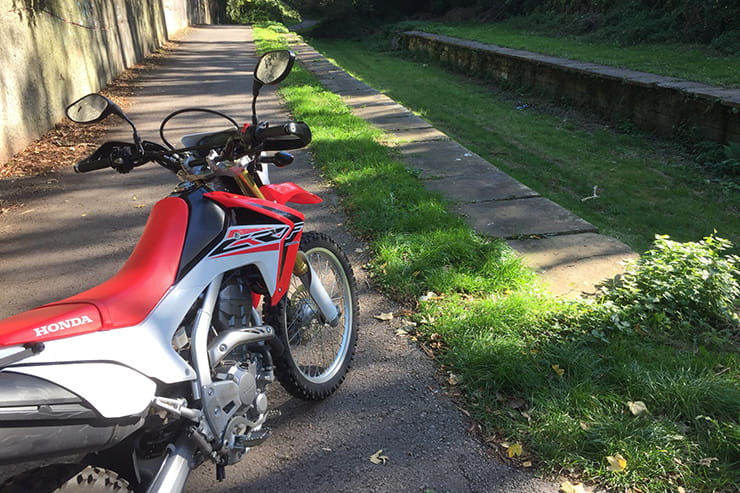 For going a little further off road than either the RT-P, GS-P or the bean counters will allow, a few forces are using the Honda CRF250 L. With its go-anywhere abilities that heavier bikes might struggle with, some forces don’t even bother fitting blue lights and sirens to them. Some don’t even fit reflective police markings, thinking of them as a presence to disrupt criminals and flush them out to where the road bikes can take over. I’ll bet that was never in the design brief when Honda launched it. 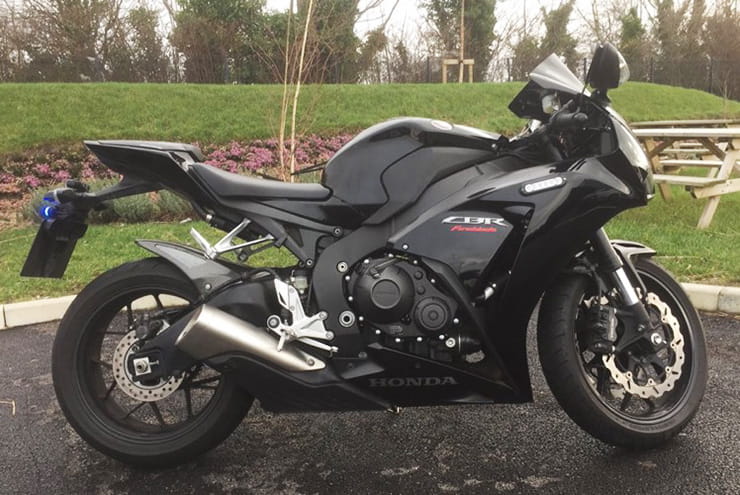 There are lots of different unmarked bikes out there and technically the CRF250L can fall into this category, although most people think of unmarked bikes as being high-powered sports machines.

Love them or loathe them, they are a great tool, and not all have blue lights and sirens hidden away. But even when they do, they’re only found on close scrutiny (or in your mirrors when we turn them on).

I used to run around on a Honda Fireblade to catch bike thieves, the one above of which isn’t in service anymore, before anyone says I’m giving criminals a helping hand. Unmarked bikes are often packed with technology to record incidents, including four-way cameras recording in Ultra High Definition, which in the case of car drivers caught doing things that injure motorcyclists – like going through red lights or pulling out in front of you – are the ultimate argument against a claim of ‘sorry mate, I didn’t see you’. 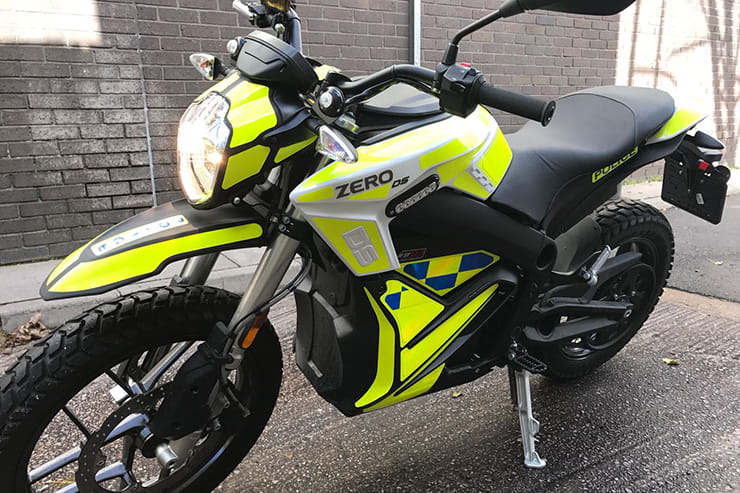 I rode a fully marked-up early Zero DS demonstrator that drew lots of attention; in the short time I used it, I liked it.

It was good to run around the city on, and when I had to go back to the office during the day, I just plugged it in and put some range back in the batteries.

As everyone says, the torque from nothing, along with the lack of a gearbox, was great around town; as a city patrol bike it made a lot of sense.

Range isn’t an issue if it’s only going to spend its life running around a city, and I can see a lot of police forces moving that way if budgets and fleet sizes allow them. 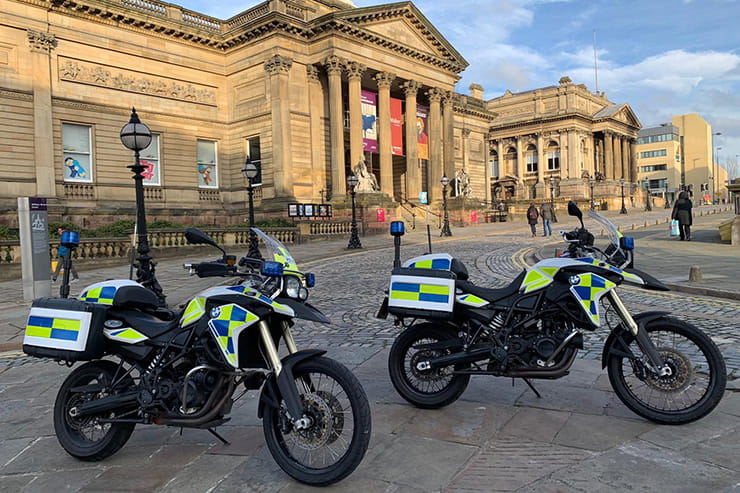 To be honest, there isn’t one perfect police motorcycle; there are lots of different machines that make great police bikes and way more than I’ve mentioned here. These are the ones I’ve had the most experience on; your idea of the perfect police bike might be different…

Are ex-police bikes a good buy?

First things first, before deciding if you want an ex-police bike, decide which motorcycle you’d like and then see if it makes sense financially to go down the ex-police route, compared to other standard-spec machines.

Generally, police forces tend to get rid of their bikes on a fleet-renewal programme, which means the machines could be between four and nine years old and have covered 40,000 miles or more.

Mileage can depend on the type of motorcycle and what it’s used for, but a police driving/riding school bike that may have lower miles than a patrol bike might simply be placed onto the patrol fleet, enabling the school to get a new bike while the patrol section loses a high miler. 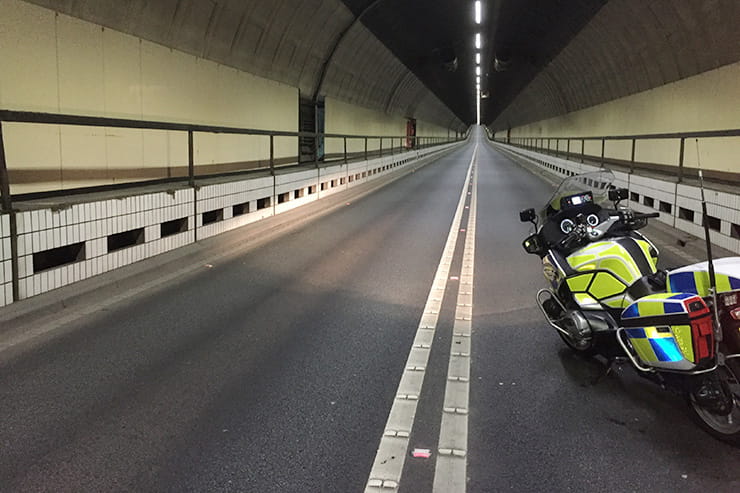 Are ex-police bikes well serviced and what about the MoT?

After the warranty runs out, police bikes generally won’t be visiting the dealer network for servicing. And they don’t need to get MoT’d as they have an exemption.

However, because the police tend to be caring employers who have values, they will have a record of every piece of work carried out on every bike. This has benefits for the police forces as they can evaluate how much each vehicle actually costs when it comes to the next round of cuts, and it helps to prove they are an employer that has looked after its staff should anything go wrong.

That list should have every service, tyre change, bulb change and even whether the bike just visited the garage for an inspection – it might be available for you to see if the seller has it.

Dependent on how a bike is allocated it may well have only had one or two police officers riding it through its life, who often will have looked after it properly as they would their own machine. Other bikes might not, but by and large, bikes are ex-traffic or driving school and the riders should have looked after them. They’ll check them using the term, P.O.W.D.E.R before they ride it, which is worth remembering for any bike… 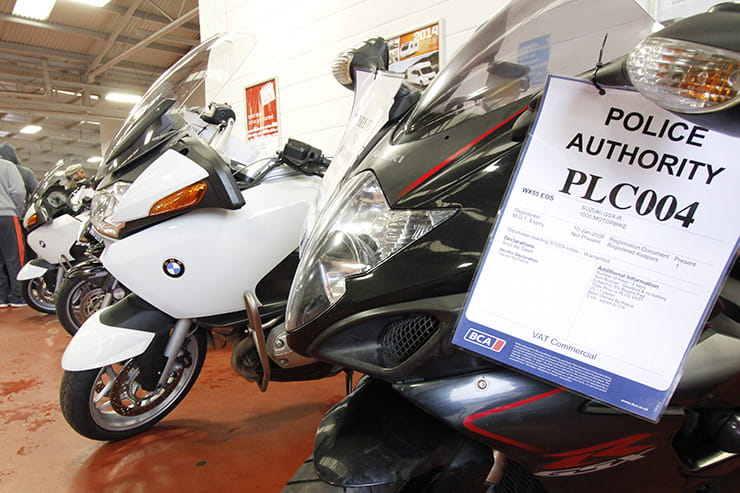 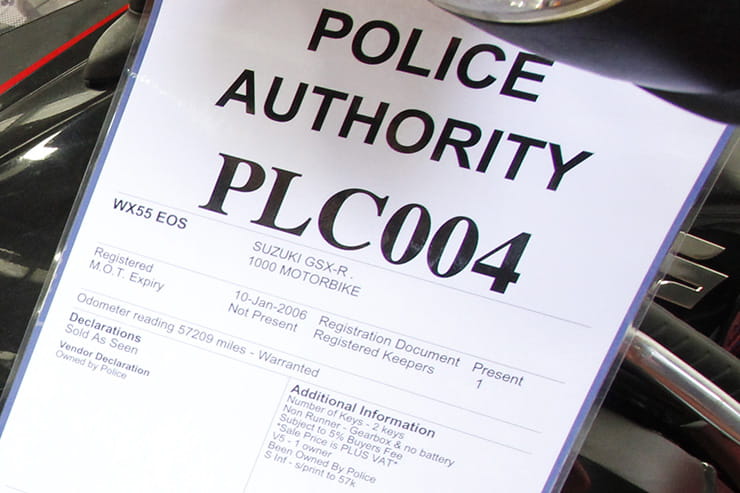 Ex-police bikes will have been used year-round on salty roads, then jet washed at the end of a shift and might not have been dried properly before putting them away. Look for corrosion on wheels and swingarms along with scratches around the headstock where keys and fobs will have been dangling. High mileage bikes might have heavily-pitted fork legs too – be wary of those fork seals.

Check to see if things like clutches have been replaced – replacing the clutch on an RT is a big job so budget accordingly. Service schedules will have been on a reduced time scale simply because the bikes can work hard for a living.

Adjustable items like seats might have a height change every time a new rider gets on and their mechanisms can break, along with small things like pannier lid straps. The cost to repair little things can start to add up if you’re not prepared to live with them.

The police always use OEM parts for replacement, if the bike has non-OEM parts like levers, ask why.

Finally, you’ll have to live with a single seat unit unless you want to convert it to a double seat configuration, so you’ll have to factor in the extra cost of conversion if that’s your plan.

I still w­­ant an ex-police bike… should I buy one?

These bikes might have been pampered during their life, but the police don’t prep things for sale. If it needed anything new just before it went up for sale – usually at an auction – it probably won’t have got it. Still, if you have access to the vehicle history and service schedule, you can see everything in minute detail and decide whether the cost savings add up for you.

Ex-police bikes are cheaper than standard machines; nine-year-old police spec RT’s seem to be hovering around the £3,000 mark and I’ve seen four-year-old ones listed at around £7,000 – that’s nearly £2,500 cheaper than the cheapest same-year standard bike, but it did have four times the mileage.

Ex-police bikes are worth a look – if you don’t want to get one through an auction, dealers will regularly have them. A standard bike owned by a member of the public could well have had a hard life, whereas the ex-police bike should have a well-documented story to tell – don’t forget to download Bennetts BikeSocial’s free bike buying checklist here.

Go into it with your eyes wide open and a realistic attitude and there’s no reason to be put off by a high-mileage, well serviced machine.