Today's Good, Bad and Ugly takes a look at the retro icon that is the Suzuki GS1000.

“Suzuki rewrote the 70s super bike rules when they launched their GS1000 in 1978,” said Scott, “we’re fans of this model and also believe life begins at 40. What better time to cast our eye over all things GS1000.” 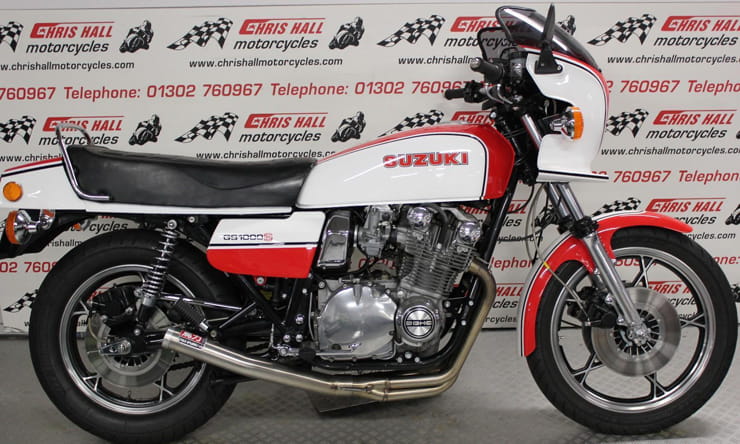 Suzuki were quick to cash in on the race success of their GS1000, so often it’s the case that a manufacturer will see what people think to their competition or race products and then incorporate those ideas into a production bike. The bikini fairing wasn’t to everyone’s taste, and it earned the ‘S’ model the nickname of the ‘Ice Cream Van’.

Of all the GS1000 models this is the most sought after, which means many lesser models have been altered to mimic the ‘S’ model over the years. With Kawasaki now cashing in on the Zed heritage to sell modern metal surely it’s only a matter of time before Suzuki do what they did in the 70s; steal their idea and do it better.

This GS1000S isn’t cheap, at £10,000 it’s well inside new bike territory. The bike looks great from the photos, and there’s been a fair few quid spent recently.

Old bikes wear out, so it’s good to see that the engine in this one recently had a top end refresh, that also included a Wiseco 1085cc big bore kit.

With less than a 100 miles on those fresh pistons the bike is now offered for sale.

Anorak Fact: The GS1000S had a different clock set to the other GS1000 models, it even had a clock. 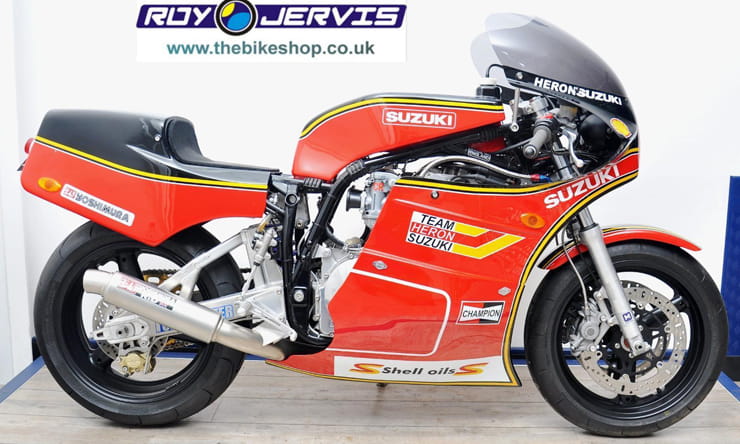 The rebirth of the XR69 is a fascinating tale, with more twist and turns than the famous XR69 frame uses.

With interest in classic racing gathering pace Trident Engineering stripped down an original XR69 racer and copied it’s dimensions to create a replica frame, this then became a full on chassis kit. The price of GS1000 engines went up over night, so far, so good.

Then the classic racing rulebook allowed the use of GSX1100 engines, which then gave way to GSX-R1100 motors. The upshot is your typical GSX-R69 will lap the TT course much faster than the Suzuki GS1000R original!

Being a victim of its own success saw demand outstrip supply of XR-69 chassis kits.

A majority of these tribute classic bikes are built to race, but a very small handful have made it to the road.

This is one of them. The spec is impressive, all of the dream gear parts are present on this immaculate example.

The engine is worthy of this bespoke chassis, it’s had a stack of money and attention invested in it. Topping it all off is a paint job that doesn’t include a single sticker!

Anorak Fact: The engine in a real XR-69 was assembled and tuned by Pops Yoshimura, founder of the Yoshimura tuning company. 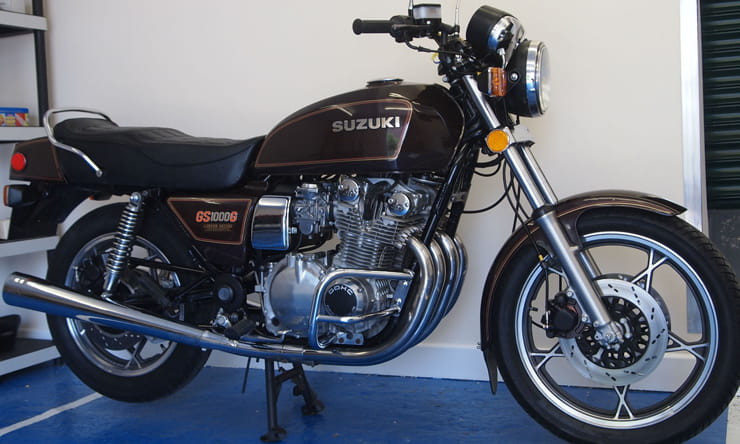 The black sheep of the GS1000 range was this, the GS1000G. Despite looking like the GS1000E model it failed to capture the imagination like the sit up and beg chain drive models. This model came with a shaft drive, this added weight and made it appear dull and boring.

The sensible GS1000 wasn’t a massive hit which is strange when you look at how well the smaller GS850G shaft drive sold.

It’s a decent bike though, more than capable of being kitted out with a Rickman touring fairing and some luggage. In other markets they were better received, this bike we’ve found started its life in the USA. After 34 years of 55mph limits and a decent climate it was imported to the UK.

Condition wise it’s good, even better it appears to be unrestored. The last owner ditched the American spec high bars for some lower items, we’ll let them off for that, it makes the bike look and ride better!

Anorak Fact: Many of these G models have ended up being used for trike builds.