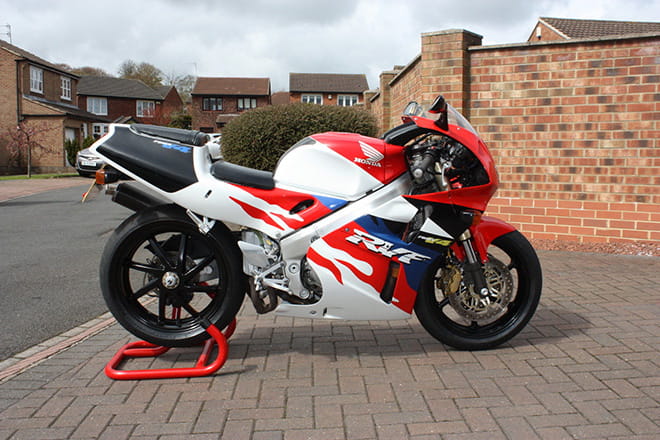 The NC-35 is the pinnacle of V4 400s that Honda churned out for well over a decade, starting with the VF400F in the early Eighties. Each model after that made steady progression, culminating in the perfection that is the NC-35.

To those who don’t understand, they’ll call it a mini RC-45. That’s not a slur.

The NC-35 is now over 20 years old and Honda never advanced from this incarnation of 400cc loveliness.

The attention to detail blinds you and the quality of the finish stands the test of time. Despite it being an emerging classic, you won’t find too many examples requiring restoration work.  This is because the build quality is so high that they’re nowhere near worn out yet.

Under the funky paintwork there’s not too many changes from the NC-30 it replaced, a bike many refer to as a mini RC-30.

The engine is a beaut, it’s compact and the V4 configuration allows for a tidy and uncluttered engine bay.

This example, despite looking stock, does actually hide a few modifications. The Akrapovic exhaust silencer is the most obvious and the Honda SP1 brake calipers look at home up front.

The bike comes with a wad of service history, and it’s had a recent service too, and not long ago it had its shims done too.

The best sports 400 will always be in demand. Prices reflect this and recently they’ve rallied upwards quite quickly. If you want the best, you’ll have to pay for it.

There’s no cam chains to worry about, Honda use gear driven cams.

The regulator is a well known weak spot. 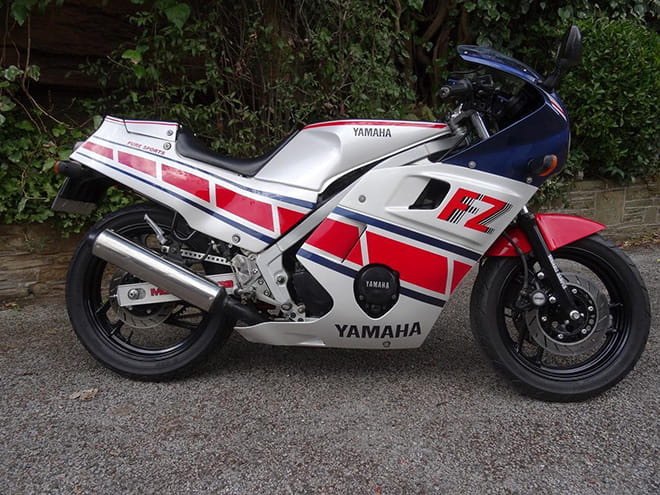 Yamaha have knocked out some brilliant 400s over the years, this though isn’t one of them.

The FZ400 is closely based on the FZ600. The FZ600 wasn’t the hottest 600 in its day, and was always out of its depths when compared to its immediate rivals of the same era.

The eye catching paint does a cracking job of hiding the angular lines of this ugly duckling. Built in 1987 this bike arrived into the UK in 1993 and no doubt imported by a bike dealer looking for a quick buck.

That would be about all that’s quick about it. On the plus side, all these years later it means it’s A2 licence friendly.

This example is in excellent condition for its age, and with mileage of less than 9,000 miles it’s pretty obvious this bike hasn’t been restored.

It’s a model that’s not going to be high on anyone's shopping list, but if you wanted a well looked after sporty 400 that stands out in a crowd, then you might have just found it.

The 3TJ FZR400 was officially imported by Yamaha, all other versions arrived via grey importers. 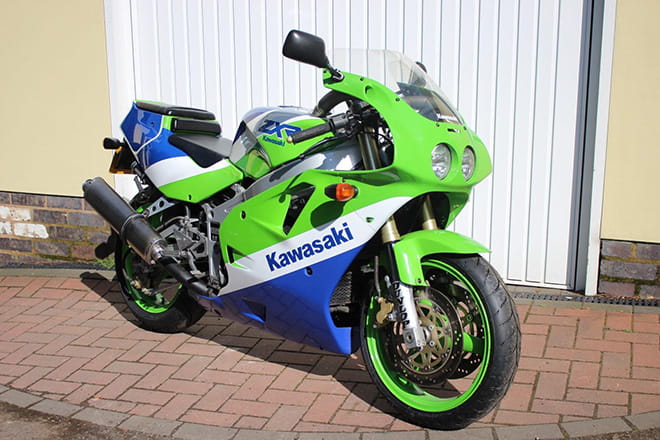 Kawasaki saw the potential of the 400 market in the UK, and their ZXR400L was officially imported and part of their range for a good few years. It sold well and was an ideal first bike.

The first ZXR400 model didn’t get the green light from Kawasaki and when compared to the sleek L model you can see why.

The styling was lifted from the original ZXR750, but despite it working well on the three quarter litre machine the looks lost some of the hardness when diluted into a 400.

It looks dated, but that’s just part of the problem.

The later ZXR400L could cut it with any other 400, and most proddie racing classes still have a gaggle of the L models taking up spaces on the grid. The H model though struggled to live up to the promise of the ZXR label.

With so many good L models still lurking out there you’d need a really good reason to overlook it in favour of the power cut H model.

On the plus side if you really did have your heart set on one of these models this is probably one of the better examples on sale right now.

The ZXR400L survived a lengthy stint in the Kawasaki range with nothing more than a fresh paint job here and there.

Gearboxes are a known weak spot, walk away if it feels iffy.