Every Friday we put the spotlight on three bikes currently up for sale on the online ads in a feature we call The Good, The Bad and The Ugly.

Casting his expert eye on the market is Scott Redmond. For over 25 years he's bought, sold and broken up motorcycles for parts. From doing deals in person under the streetlights of London to surfing the web and buying bikes on his phone he's purchased bargains, howlers and few he'd rather forget.

This week we're looking at three generations of 600cc Yamaha's YZF-R6 supersport bike. Earlier this week the company announced a new Euro4 compliant R6, but if your budget won't stretch to that, maybe one of these will whet your appetite. Despite the fall in sales of new 600s, there's still plenty of demand for used ones and the market is awash with bikes to such all budgets. 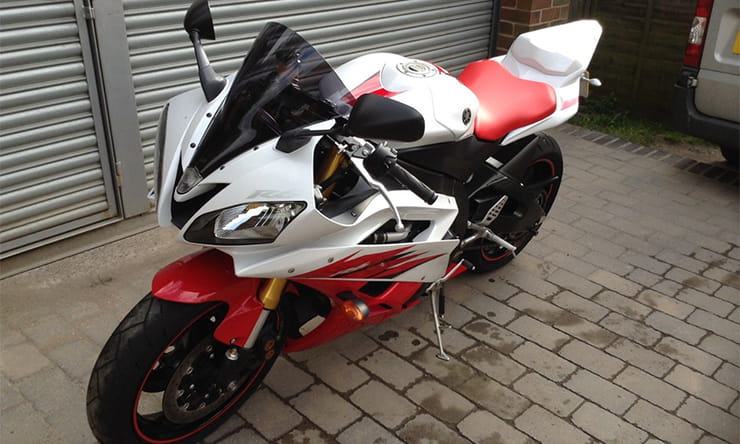 Yamaha have been making the R6 for 18 years and with a brand new model revealed for 2017 it’s a lineage that is set to continue. Early indications look like Yamaha are bang on trend with their new one and of the previous incarnations to carry the R6 badge on their fairing, this is the model that stands out for me.

Back in 2006 we saw Yamaha attack the crowded sports 600 class with some force. This was the bike that they created. There was much hype around this bike and the bike largely lived up to the frenzy that the PR had whipped up. The engine was bursting with tech and was one of the first road bikes to feature a ride-by-wire throttle system. It had lightweight titanium valves that bounced on chrome nitrided valve springs. Its redline got lots of attention both pre and post launch. The press packs spouted on about an 18,000rpm redline, the highest ever quoted for an inline four production 600, although later it emerged that the real redline was closer to 16,000 rpm. This detail aside the engine produced well over 120bhp, making it king of its class by quite a margin. Despite a few minor updates over the years, the 2006 R6 remained on sale and largely unchanged for 10 years.

The R6 loved revs. It was more at home on track than the road, low down power wasn’t its strong point. This model looks so good and even now ten years later it still looks fresh, especially in the red and white paint suit. This example we’ve found is a treat. It’s done less than 3,000 miles from new, it’s got all of its booklets and service history and other than an aftermarket screen and a tail tidy it’s stock. Priced at £4,995 it still represents excellent value for money.

This model used a slipper clutch (another pointer to it’s race track aspirations).

There were lots of parallel import models around, check you are getting a UK full power model and not a power cut version that started life overseas.

This model R6 powered Brits Cal Crutchlow and Chaz Davies to the Supersport World Championship, in 2009 and 2011 respectively. 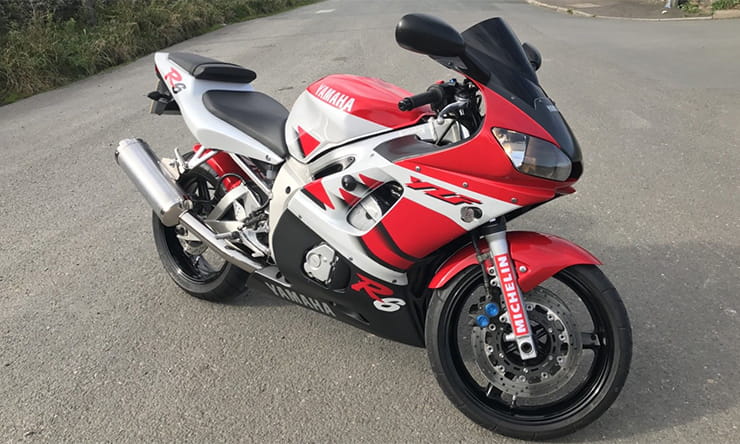 The original R6 ruled the 600 roost for a good few years. It caught the other manufacturers napping when launched as a replacement to the longstanding YZF600R Thundercat for 1999. Like its bigger brother, the R1, the R6 dominated its class both on the road and track. They sold by the boat load but trying to find an early one these days is harder than you’d think. This could be down to many being crashed, written off and stolen.

This R6 hasn’t aged too well, it looks OK but mechanically there are too many niggles lurking beneath the skin. The engine was all new when Yamaha unveiled the R6 in late 1998. Pretty early on there were rumblings from the gearbox, which was never the bike's strong point. Noisy and clunky in operation was one thing, but gearbox failures are something else.

The R6 was the first production 600 to give you a real 100bhp which in turn rewarded you with a 160mph potential but with time various issues have come to haunt first generation bikes, the worst being cracked liners that despite being fixable, often meant curtains for many R6s due to the cost of doing so. Low compression is a good indication that your liners are cracked. The fact that the barrels are cast with the top crank case means it’s a total engine strip before you can fix the problem.

These bikes are not getting any younger and it’s a real possibility that early R6s that run perfectly at the moment could come down with this flaw.

Prices for these emerging classics are still low which makes them a tempting purchase.

This bike is wearing 35,000 miles on its clocks. It also comes with a full service history and that’s almost unheard of on a 17 year old bike. At £1,750 it’s a lot of bike for not too much of an outlay.

Many owners refer to these original R6s as 5EBs as this is their chassis prefix.

Yamaha won the manufacturer's world title with this R6 for three years in a row from 1999 to 2001, the first three seasons of the Superbike World Championship.

Regardless of age, the early R6 is still a very capable track bike, perfect for track day riders. 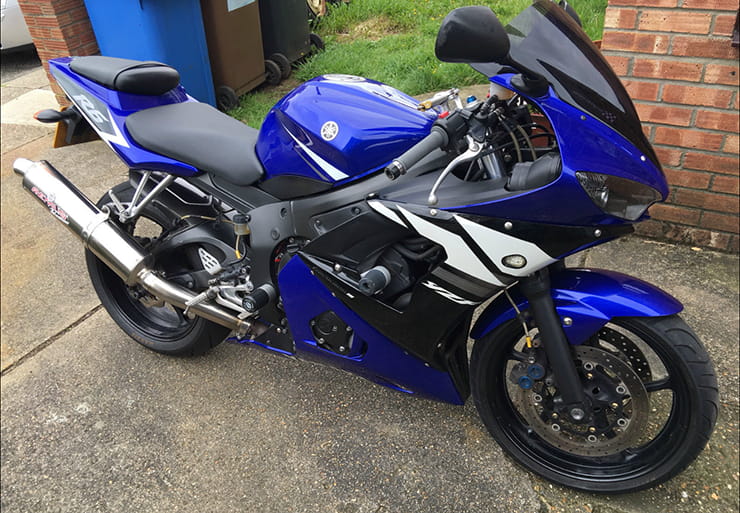 Every range has that model that’s overlooked and therefore forgotten. The R6 line up is no exception to this rule. After the smash hit of the original R6, Yamaha had a job on their hands to follow it up with the next model.

This model lacked the impact of the earlier bike. Despite a new frame, new clothes and fuel injection it failed to woo the public. It is a decent bike and those who own them love them, but it’s not the pin up of the R6 back catalogue.

This example we’ve found is pretty typical of a used 2003 model. It’s been fitted with a Remus silencer and a few cosmetic add ons, all easily removed if you prefer your bikes to look original. More importantly it’s got a full service history and all consumables are in good shape. The seller does point out that a service is due which could set any potential punter back a good few hundred quid, a nice haggling angle if ever I saw one? At £2,499 it’s an honest looking bike for not too much of an outlay.

The swing arm was 10mm longer than the previous model.

Extra power was found, but that created extra heat. This model uses a large curved rad which helps to keep things cool but is easier to damage if the bike goes over.