This weeks Two Grand Tuesday and that can only mean one thing, our man Scott Redmond has been trawling the online auctions to bring you three bikes for his twice weekly Good, The Bad and The Ugly...

This weeks Two Grand Tuesday is all about Honda's bestselling tourer the VFR. The VFR is a top-spec two up tourer that can double up as a decent weekend fun bike if needed. Scott's been trawling the online auctions for the Good, The Bad and the Very Ugly... 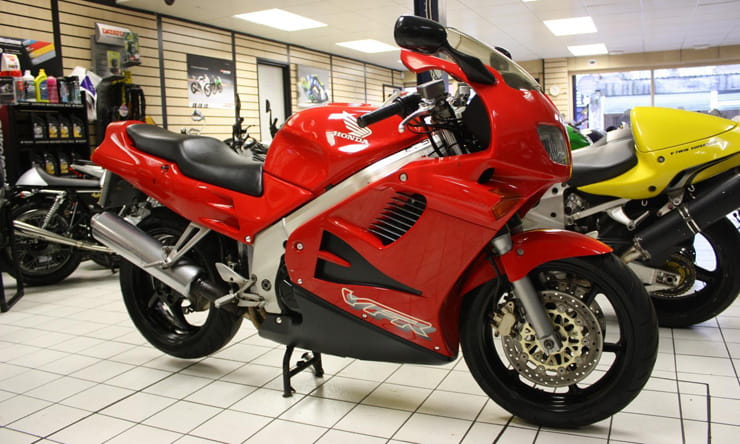 I have several mates who own a variety of motorcycles, they have an everyday bike,  then there’s something for the weekend which is usually a sporty number. If you’ve ever owned a VFR you’ll know where this introduction is going.

The VFR750 is the little black dress of the motorcycling world. Whatever the requirements it will see you through. Honda built and sold boat loads of these things, and two decades later they’re still putting smiles on the faces of people who own them. Making them even more appealing is they often fall into our two thousand pound territory.

The pick of the bunch for me must be the last 750 models, they still look pretty damn good and will happily do everything you need it to do. This example is on the upper limit of our Tuesday budget, it’s worth every penny of the £1,995 asking price. The advert reveals that there’s no service history with this bike, on plenty of other older bikes you might get twitchy and start to change your mind, but there’s nothing to worry about if it’s a VFR. It’s actually a bonus that it’s been lost, it means the seller can’t ask top money!

The only real weak spot on this model is the regulator, failures are common but thankfully it’s an easy and cheap fix. 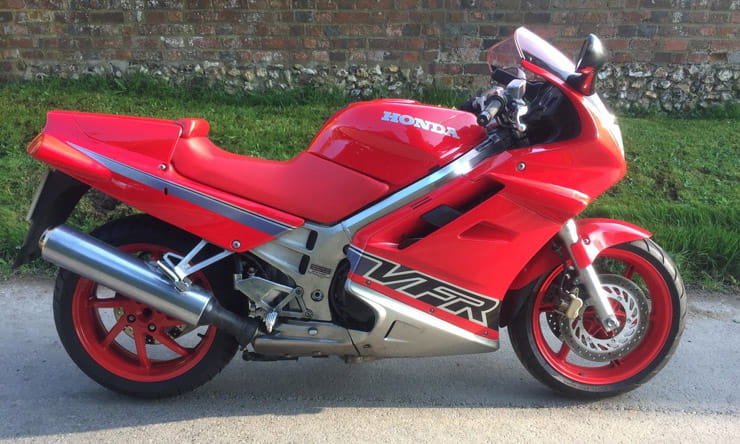 The second generation VFR750FL model was a brilliant bike, it took the essence of the first few models (FG to FK) and moved the game on. It was an all new model visually, the single sided rear end looked the part and the sleek styling made a refreshing change from the double round headlights that were adorning the bulk of machines in the early 1990s.

So why is this model my ‘Bad’ option? It’s mostly down to economics. A majority of these bikes are past their best, the engine will go on forever but it’s the consumables that I’m more interested in. Find a stunner like this one and you’ll be laughing, but buy one that’s not so nice and you could discover it’s a money pit. All old bikes will require replacement parts, it goes with the territory. The biggest weakness on an ageing VFR is the exhaust, it’s also a job that’s very fiddly to do yourself, yes I speak from experience. There’s not much space for sausage shaped fingers at the back of a VFR engine. The next area for concern will be suspension, most original shocks will be very tired by now, so again you’re looking at new parts, never a good thing when you’re riding on a budget! 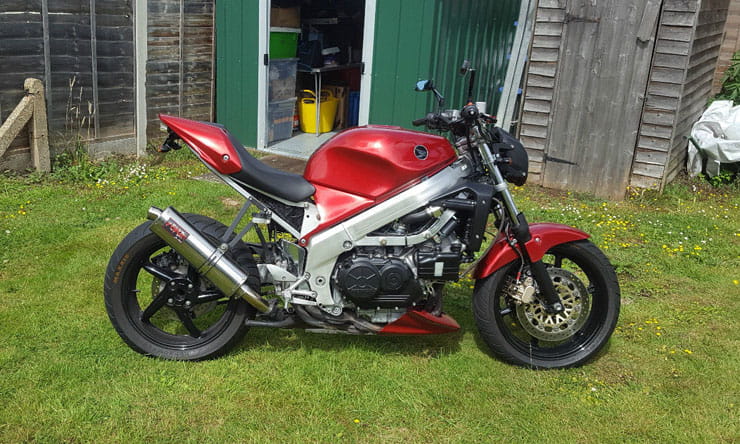 Any VFR that’s lacking its fairing isn’t going to have a broad appeal. The VFR750 isn’t an obvious choice for the basis of a street fighter project, that might explain why I’ve never seen one before! I can see the attraction in a strange way, that alloy frame is pretty pleasing on the eye and the V4 engine is compact. For me though it just doesn’t work. Creating a special from a road bike usually comes about after misfortune, that’s another reason why I’m not overly a fan of the custom bike scene. If you want something that’s a bit quirky and reliable, then this is the bike for you!

The hub on the single sided swing arm can seize if it isn’t maintained properly.