Pick of the Ads: Good, Bad & Ugly - old bikes that are new

In this week's instalment of 'The Good, The Bad and The Ugly' Scott has been searching the web to find some old bikes that are actually new (or is it the other way around?).

Every now and again bikes crop up that, for whatever reason, have never turned a wheel since leaving the factory. These bikes are known as 'new old stock' (or NOS in classified speak) and can command big prices. So, if you fancy running around on a 66 plate RC30, you'd better read on! Tell us what you got, Scotty... 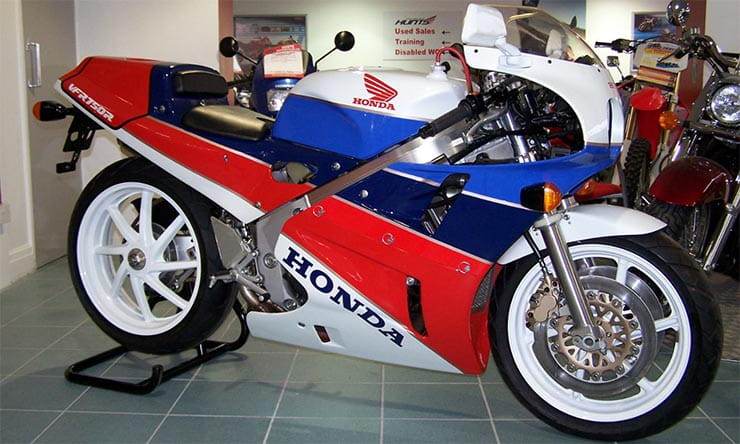 The word 'icon' is often overused but when we’re talking RC30s, it’s totally in context.

Arriving in 1987 it was built with love by Honda to do a job, to win races and sell bikes from further down the range.

We are weeks away from celebrating three decades worth everything RC30, yet the bike hasn’t ever dropped out of favour with motorcyclists who appreciate something exotic. Many bikes were raced, others crashed and many stolen. The pool of remaining bikes isn’t that large so if you want one these days you’ll have to dig deep. Prices have gone up rapidly over the last decade. If you owned one in the past and sold it you’re probably wishing you hadn’t, it’s that type of bike.

This RC30 is the holy grail, it’s never been registered or run. It’s at a Honda main dealer and also been stored in a climate controlled environment and comes with all of its handbooks. It’s motorcycle perfection.

In the last few weeks we’ve been spoilt by exotica being launched. Ducati, Norton and BMW all teasing us with saucy offerings with lumpy price tags, all of which make the £59,995 asking price for this pristine example look a bit of a steal.

The RC30 used forks with drop out cups on the lower fork leg, this was vital for quick wheel changes during endurance events.

The first gear is really tall, making it a pain on the road. 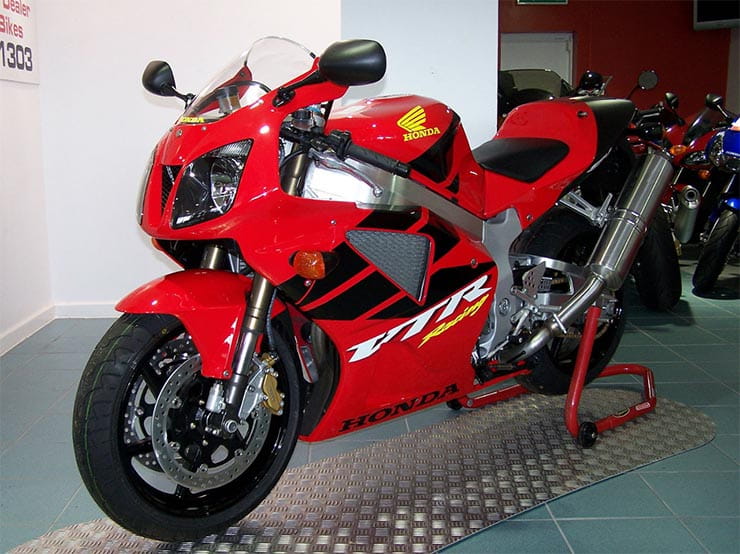 The RC51, as it was known in the States, arrived to do the same job as the RC30 and RC45 before it - to win world superbike races and grab headlines. Away from the racetrack the SP1 created lots of attention but not all of it was positive.

The fuel injection wasn’t perfect. These were the early days of injection replacing carbs on motorcycles. The big V-twin engine is an acquired taste. If you’ve been fed a diet of multi cylinder motorcycles, adapting to two pots can take a bit of getting used to. The SP1 looked fantastic, it still does. The SP2 quickly arrived and had ironed out many of the short comings of its predecessor. The SP range have a lot of love and that’s rightly so.

This example is a 2000 model, it’s never seen fuel and is in pristine condition. Unlike the RC30 and RC45 its day in the sun hasn’t really arrived, perhaps it’s still too soon to call it a bonafide classic? That’s a debate that could go either way. Price wise at £24,995 this bike is up for well over twice of its list price back at the turn of the millennium, thankfully it’s in safe hands at the same Honda dealer as the aforementioned RC30 until a buyer arrives.

There’s a stack of new and unused SP engines for sale on the internet, possibly left over from a still born tie up between Honda and Bimota. 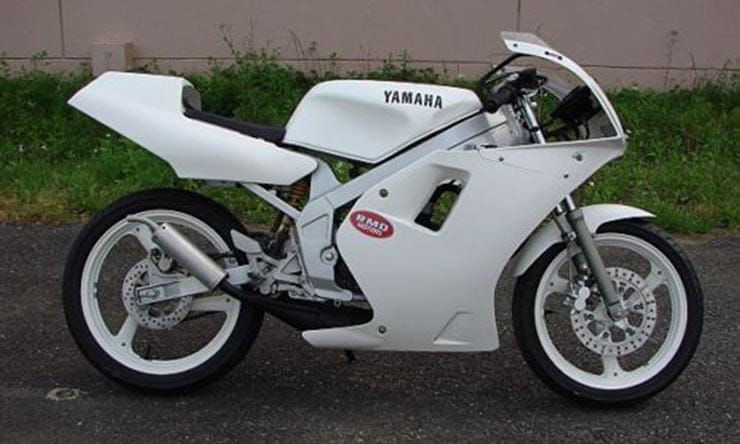 Racing motorcycles come in many shapes and sizes and this Yamaha TZ50 is perhaps one of the smaller offerings you could buy.

The Yamaha TZ racing range is bursting with many proven winners, from the mighty four cylinder TZ750 to the TZ250. The TZ50 is probably one that doesn’t spring to mind. This TZ tiddler is a 1991 model and it’s never been used, let alone raced. In its virginal white paintwork it hides its age very well. The heart of the bike is a water cooled single cylinder engine and at a guess, its power will be hiding very high up in its rev range.

Its dinky proportions look slightly at odds with each other. The bodywork fits like a poorly cut suit, which is a shame because under the plastic I should imagine the attention to detail is delicious? Asking price is £5,500. That’s not overly greedy when you remember it's a new bike, albeit one that only gives you 50cc. On the plus side, it’s probably one of the rarest TZ models ever produced.

They were built for a Japanese race series.