"Sometimes a decent motorcycle ends up living in the shadows of bikes that are just that bit better," said Scott. "The Suzuki RF900, Suzuki GSX600F and Kawasaki AR125 are a trio of bridesmaids that deserve another look." 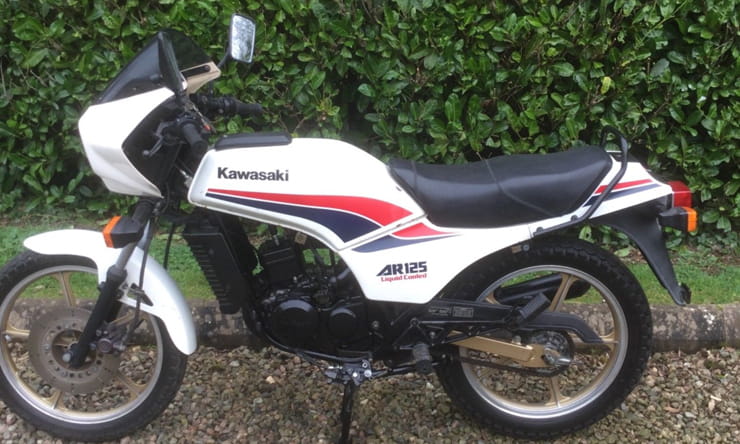 There were some great looking 125s back in the 80s, sadly the Kawasaki AR125 wasn’t one of them. To make matters worse there was no bigger AR models in the Kawasaki range for the AR125 owner to aspire to owning. Yamaha had the dominance on this, their RD125LC was the perfect stepping stone to either RD350 YPVS or 500LC ownership. The AR125 was very much the odd-ball when compared to its rivals.

Looks wise it had more in common with the GPz305, which isn’t overly a good thing. Over the years many tired AR125s have ended up being scrapped, which means they are pretty rare these days. There’s plenty of interest in these old learner two strokes now, restored RD125LCs, NS125Fs and RG125 Gammas can fetch thousands of pounds. The AR125 is still very much in the shadow of the cool kids of the class, but at least that means the asking prices are a little more realistic. At £1,995 this euro import AR125 isn’t cheap, but it does appear to be in reasonable condition and looks fairly well cared for, unlike many bikes that started their life in the UK.

Anorak Fact: Kawasaki gave the AR125 a makeover, adding a full fairing and a paint job inspired by their GPz900R. These models are even harder to find. 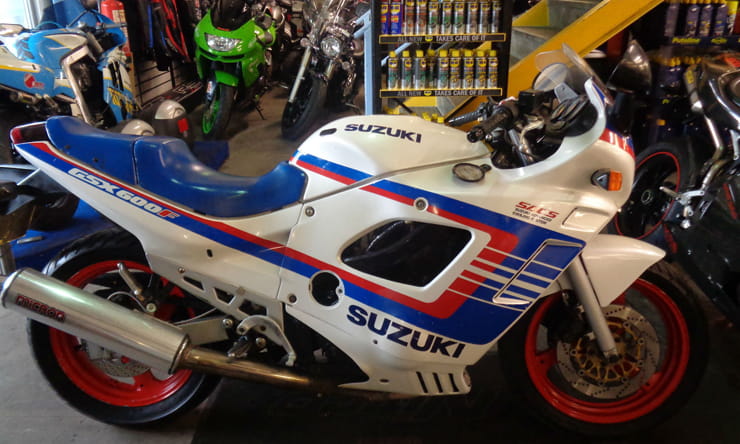 The ‘Teapot’, as it was known, is actually a pretty good budget bike. It was built down to price when new and then sent out to do battle with the hot-shots of the 600 class. It was a battle it was never going to win.

Magazines didn’t help its cause by lining it up against the Honda CBR600F, Kawasaki GPX600R and Yamaha FZR600 in group tests that often left honours even between the Honda and the Yamaha.

Sadly, the Teapot was always stirred with the wooden spoon. The thing is, judged in isolation it’s not a bad motorcycle. This machine offers decent value for money and the price tag is a reasonable £1,199. Between its five previous owners it’s racked up a measly 14,221 miles.

Anorak Fact: Suzuki used the GSX600F engine in their Bandit 600. The engine is an oil cooled four cylinder. 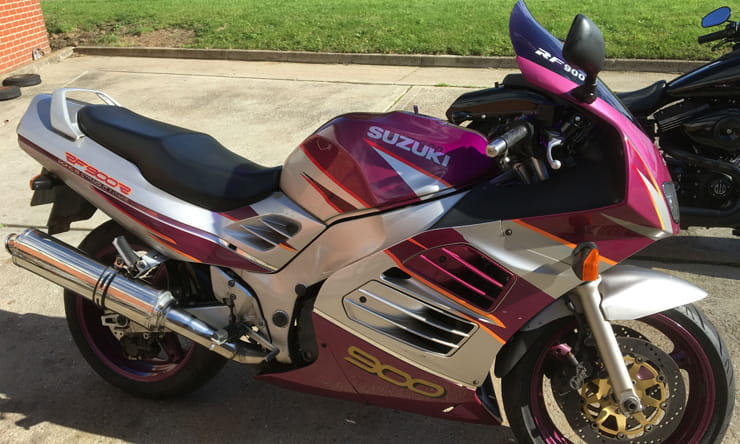 Built for comfort and speed the Suzuki RF900 delivered both with ease. Its looks weren’t to everyones taste and that’s still the case over twenty years later.

The shell suit paint jobs did little to tempt buyers, if you can see beyond the yoghurt pot designs you will discover a capable machine lurks within. The Honda CBR900 Fireblade was the darling of the big bore sports bike world, its crown was never in question when compared to the bulbous RF900. But the big Suzuki could carry you further and with a near-160mph top speed, it was no slouch!

This 1995 model looks to be in really good order, there’s an aftermarket exhaust fitted and an iffy looking coloured screen but that’s about it. The RF900 is slowly starting to gain a bit of a following, which isn’t too surprising to those who have had a chance to ride one. It offers you a cheapish way to own a bike with 150mph plus performance and looks that can still divide opinions.