From Grand Prix to TT, ex-Moto3 rider, Danny Webb, has been signed up by Ryan Farquhar to ride for his KMR Kawasaki team at the Isle of Man TT this year. 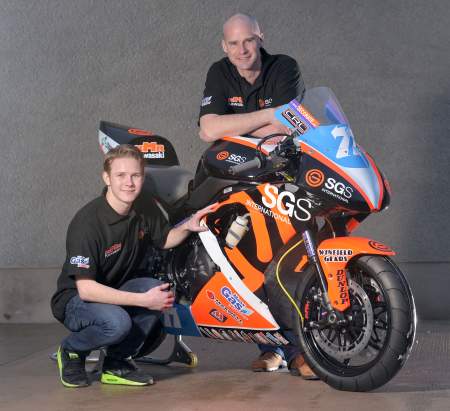 The 22-year old from Tunbridge Wells will make his TT debut competing in the Superbike, Superstock and Senior races on board a 1,000cc ‘stocker’ followed by a 650cc ER-6 in Lightweight race, all under the guidance of Farquhar who will be making his own racing return to the TT.

Northern Irishman Farquhar raced at the TT from 2002 until 2012 amassing 3 wins among his total of 13 podiums. Not only will Farquhar be Webb’s team manager but both he and team Keith Amor will be among his competition in the Lightweight race.

Webb has been an ever-present in the MotoGP paddock since 2005 when he competed in the MotoGP Academy. He went on to take his place in the 125GP World Championship which then became known as Moto3, until he lost his ride midway through the 2013 season but was soon snapped up by PTR Racing in World Supersport achieving a best position of 10th in the final round of the series.

Now Webb’s thoughts are firmly fixed on learning the famous 37¾ mile Mountain Course and he is safe in the knowledge that it make take some time.  He said, “It’s going to be a big change for me after years in the Grand Prix paddock, but it is something I am really looking forward to. I don’t see this being a one off thing either and I know it will take me many years to really learn my way around but for now I just can’t wait to get out there and make my debut.”

He continued, “I’m a big TT fan. I've already been to the event and I have always said that I wanted to do it one day. It’s something that has been going through my mind more and more of late, and the opportunity came along to work with Ryan Farquhar who puts out some of the best bikes on the grid, so I simply couldn’t say no.” 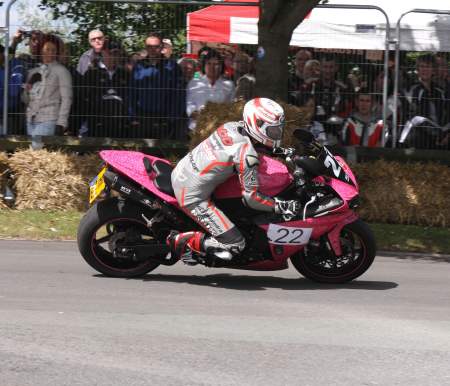 Webb has never raced a 1,000cc bike before so to compete at the Isle of Man TT will be a real baptism of fire.  That said, he did borrow actor Danny John-Jules’ R1 for The Thundersprint in 2011 yet promptly broke it whilst performing a burn-out alongside Scott Redding!

How do you think Danny Webb will get on at the TT?  or  to leave a comment.