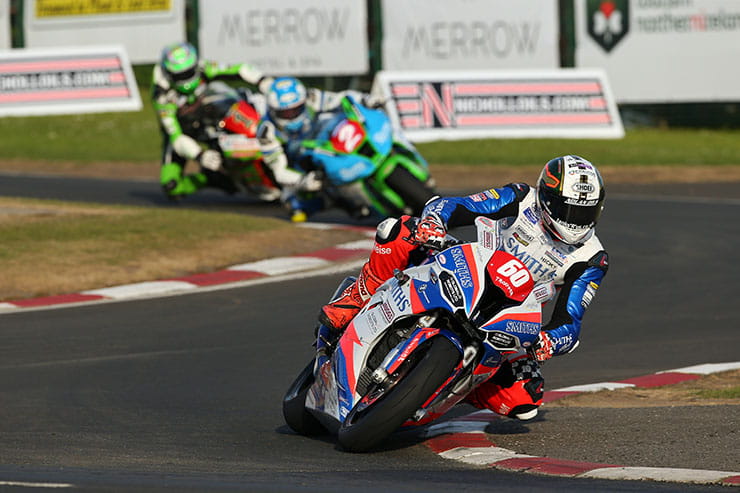 For almost three years we’ve been waiting for the World’s biggest International road races to return, and the North West 200, often seen as the warm-up act for the Isle of Man TT is set to get underway on Tuesday, 10th May.

Known as the ‘Triangle’, over 100 riders will compete in front of up to 100,000 spectators, with top speeds almost reaching 210mph around the streets of Portstewart, Colraine and Portrush, the North West is set to provide some of the best road racing action.

But as the excitement builds BikeSocial looks at the 2022 event, who’s riding what and where you can watch all the racing. 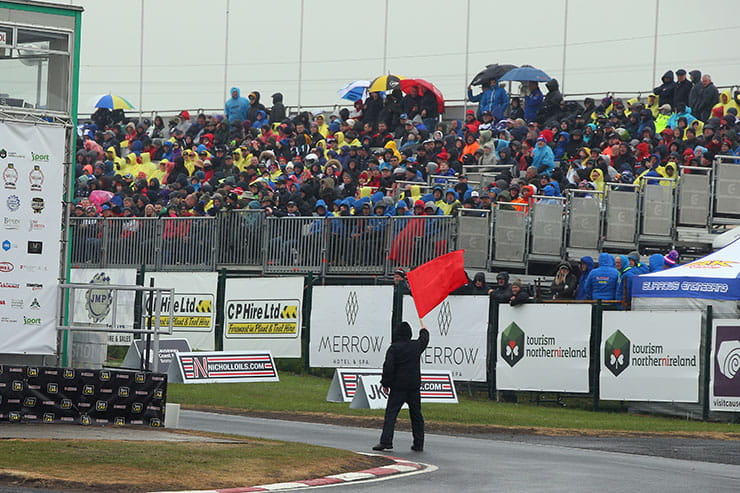 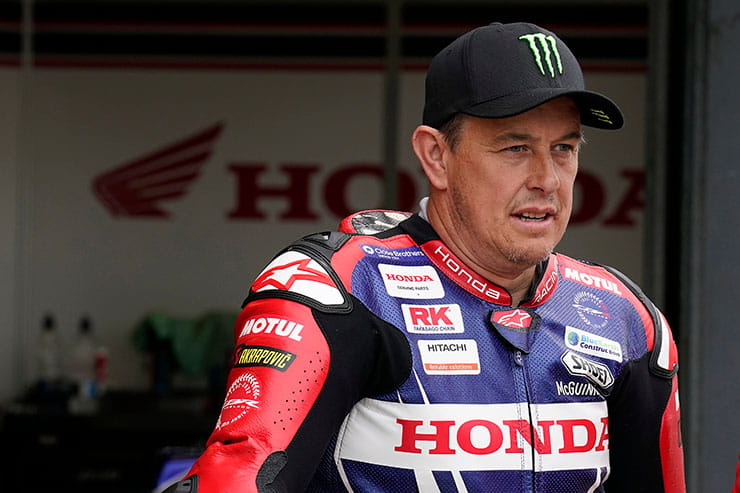 We’ll not delve in to all 100 riders and teams as we’d be here all day, but BikeSocial have selected the top 10 riders to watch out for, and one of the noticeable newcomers to the event.

The legend returns onboard his trusty steed for 2022, the Honda CBR1000RR-R Fireblade SP. McGuinness has enjoyed two solid outings in the National Superstock Championship at Bennetts BSB, and now returns to the scene of his leg breaking accident five years ago in good form. The ‘Morecambe Missile’ has six victories to his name around the 8.970-mile venue, 2022 could be his last North West so you can potentially expect fireworks from the 50-year-old.

One of the fastest men around the circuit, and one of the favourites heading into the week will be FHO Racing BMW’s Peter Hickman. The current TT lap record holder will be racing in the Superbike and Superstock races onboard his BMW M1000RR, and he will contest the Supertwin races onboard his brand-new PHR Performance Aprilia RS 660 after being told he wasn’t able to ride his Norton. There is only one race he won’t be taking part in is the Supersport races, after being told by the event organisers his Triumph 765 won’t comply with the rules.

Hometown hero, Lee Johnston, heads to the event full of confidence after a strong start to the 2022 British Supersport Championship. Johnston has 13 podiums to his name around the North West since his debut in 2011, and the pintsized 33-year-old will certainly be one man to watch. He’ll be racing a BMW S1000RR in the Superbike and Superstock races, his trusty Yamaha R6 in the Supersport races, plus his new Aprilia RS 660 in the Supertwin battles. 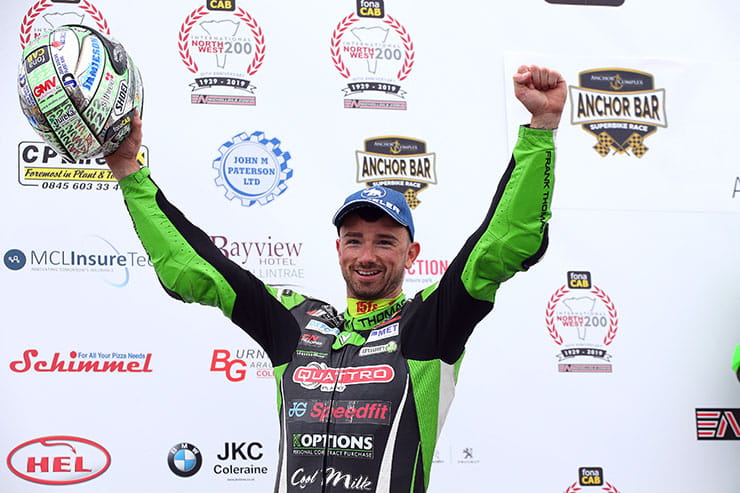 Four-time winner Glenn Irwin returns to road racing action at the North West 200 with his Honda Racing team onboard the Fireblade as team mate to John McGuinness, competing in just the Superbike and Superstock races. Irwin heads into the week of practice and racing as the defending Champion, after winning the 2018 and 2019 Superbike races. It will also be the first time the new Fireblade has been riding in anger around a road racing circuit, so time will only tell how Irwin will fair in all four of his races.

What can we say about this man, the most successful rider around the Triangle with 24 victories, Alastair Seeley will be the main man come the races. After a few years away from the Bennetts BSB paddock, Seeley has been sharpening his pencil in Ireland with a Yamaha R1, and you can be sure he’ll be running at the front this week and be pushing the top names at the front.

Bradford’s Dean Harrison heads to the North West 200 as the current Senior TT winner with DAO Racing, formerly known as Silicone Engineering Racing. Harrison is the seventh fastest man around the 9-mile circuit, lapping at an average speed of 122.324mph, and with his Bennetts BSB experience over the last two seasons you can expect Dean to be pushing at the front. He’ll be contesting the Superbike and Superstock races onboard the Kawasaki ZX-10RR, Supersport race onboard the ZX-6R, opting to sit out of the Supertwin action.

After taking victory in 2019 in the Superstock race, James Hiller heads back to the North West with Rich Energy OMG Racing Yamaha for their debut International road race as a team. The Bournemouth man has enjoyed plenty of success in Northern Ireland already, and teamed with the Japanese manufacturer with its 80 wins in the event, Hillier could be one man that could cause an upset during the week. 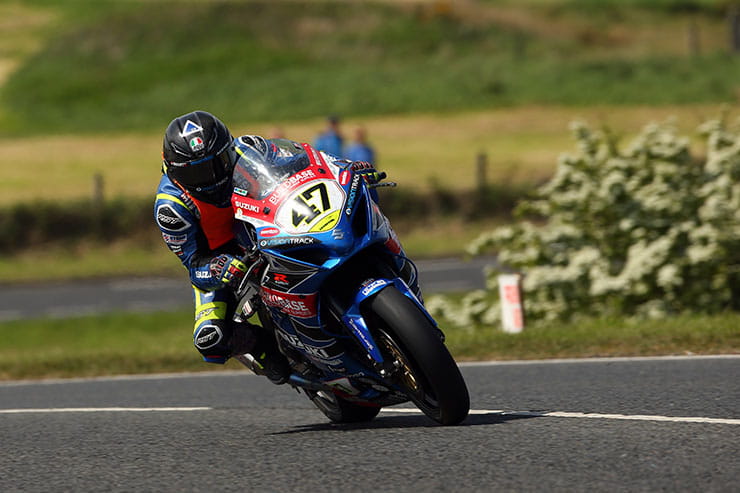 After a sensational debut in 2019 where he took to the podium in a wet Superstock race, crossing the line second as a newcomer onboard the Buildbase Suzuki, Richard Cooper returns for another crack of the whip in 2022. The Nottinghamshire man will be riding in the Superbike and Superstock races with the Buildbase Suzuki team and contesting the Supertwin races onboard a Ryan Farquhar-prepared Kawasaki ER6. 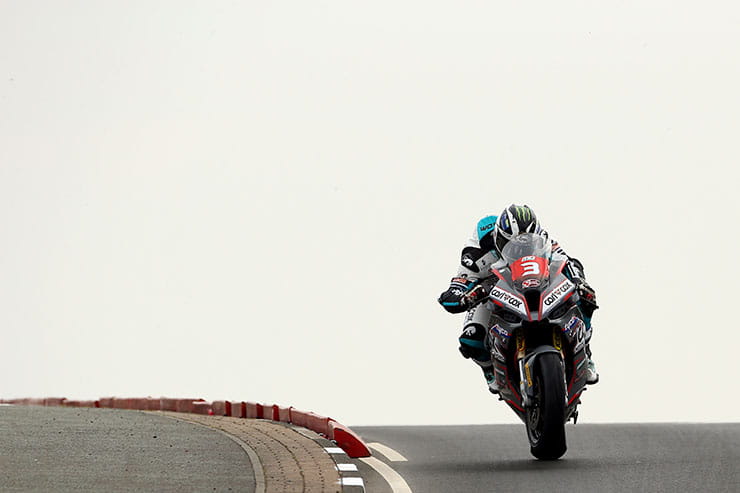 With 16 podiums under his belt at the North West 200 Michael Dunlop heads to the event after leaving the PBM Ducati team just weeks ago. The Ballymoney man has been racing his own Yamaha R6 and Superstock Fireblade in the Bennetts BSB Championship, but it remains to be seen what he’ll contest the Superbike races with, but we wouldn’t be surprised if his solid relationship with the Buildbase Suzuki team is rekindled, and he races onboard a Suzuki.

Last but not least Josh Brookes makes his return to the North West for the first time since 2014 with the PBM Ducati team, replacing Michael Dunlop. The Aussie has the second fastest ever lap time around the 9-mile course, 4m22s.6, so he has the speed and knowledge of the event making ‘Brooksey’ a real contender ahead of the week. He’ll race in the superbike race only, riding number 72. 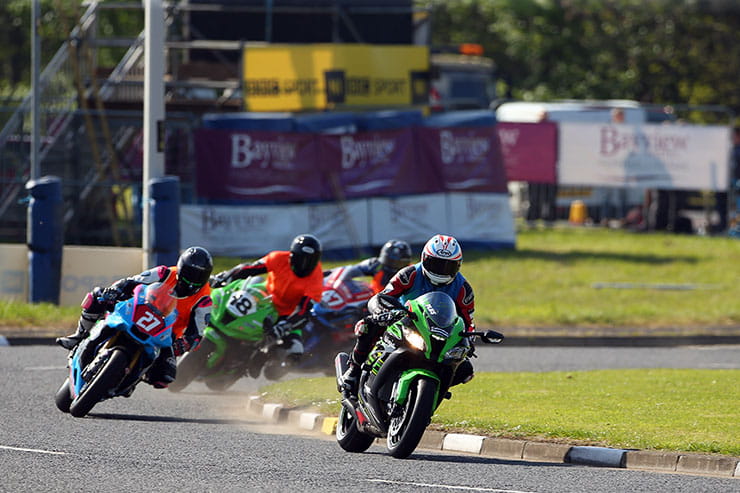 There are many newcomers to the Triangle for 2022, however there is one noticeable name on the entry list that everyone will know.

Former MotoGP racer and Bennetts BSB star James Ellison makes his debut at this year’s races riding for the Powerslide Motorcycles outfit, onboard a Suzuki GSXR-1000, teaming up alongside fellow newcomer Brad Clarke. Ellison has not ridden in anger since 2019, where his Bennetts BSB career ended with the OMG Racing team.

Could this be where the Cumbrian reignites his career? All we do know is that having a name like James Ellison at the North West 200 is a massive coup for the event. 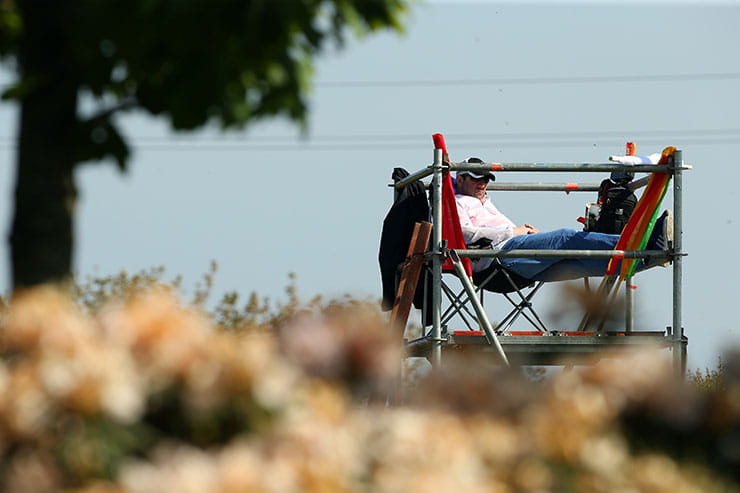 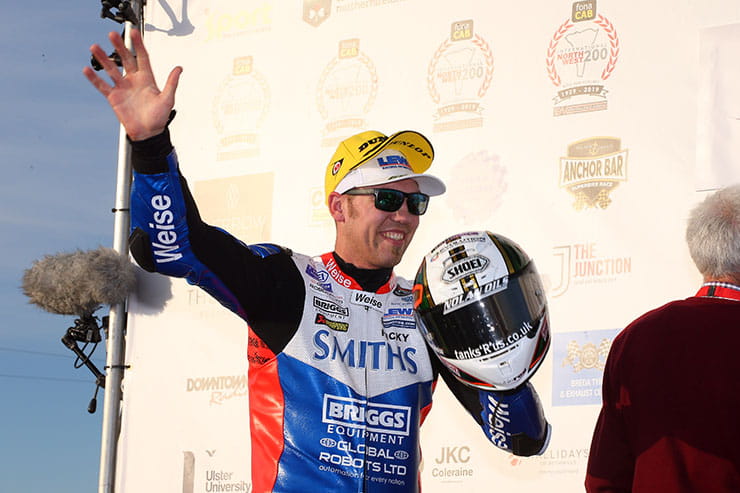 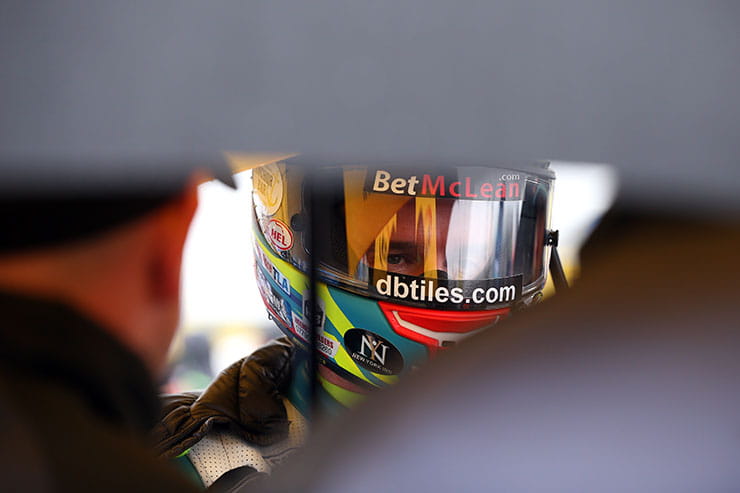 How & where to watch

As always, every practice session and race is streamed live on BBC Sport online, https://www.bbc.co.uk/sport/northern-ireland. The full TV schedule is yet to be released, but check back soon for more information as we receive it.

Highlights of the event will then be available on the BBC iPlayer if you do miss any of the racing.