Hickman ‘frustrated’ amid dispute over NW200 and TT bike eligibility 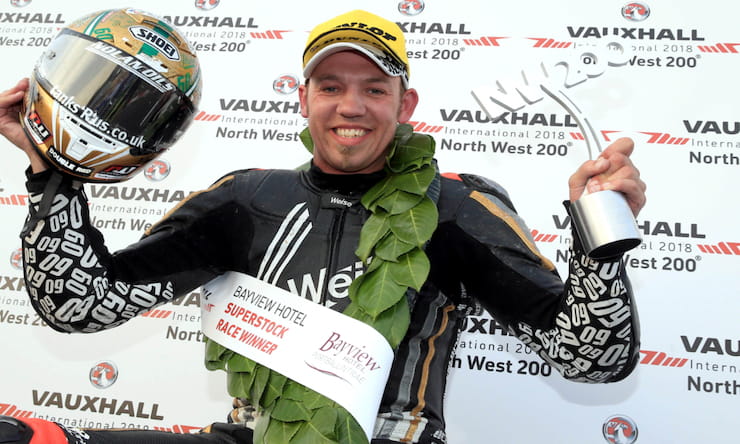 Peter Hickman has expressed his frustration at the prospect of being forced to withdraw from the North West 200 Supersport race in a dispute over the eligibility of his Triumph Street Triple 765 RS entry.

One of the favourites for victory in the Supersport class at both the North West 200 and the following Isle of Man TT, BikeSocial Ambassador Hickman has upgraded his Triumph Daytona 675 for a new generation faired-version of the Street Triple 765 RS built to fresh ‘Evo’ regulations that have been introduced for 2022.

Geared towards expanding the pool of eligible motorcycles to compete in the Supersport class, the new regulations have been rolled out globally and are now the set standard for the WorldSSP, British Supersport and MotoAmerica, as well as the blue riband TT.

Opening up entries to the Triumph, Ducati Panigale V2 and MV Agusta F3 800 - alongside the existing four-pot 600cc Yamaha R6, Kawasaki ZX-6R and Honda CBR650R - regulators have sought to ensure a balance of performance by restricting the throttle opening and standardise the ECU.

At this weekend’s 2022 WorldSSP opener, it was revealed the 959cc Ducati Panigale V2 ran with 75% throttle opening, while the triple-cylinder 765cc Triumph and 800cc MV Agusta competed with 80% restriction.

However, despite the widespread rollout, the ‘Supersport Evo’ regulations have not been adopted by the North West 200, thus preventing any entries using the newly-homologated motorcycles from competing, including Hickman’s.

Though Hickman will meet with organisers this weekend during the 2022 Bennetts British Superbike Championship opener at Silverstone to discuss a change, he is disappointed at the ‘stubborn’ response he has received so far. 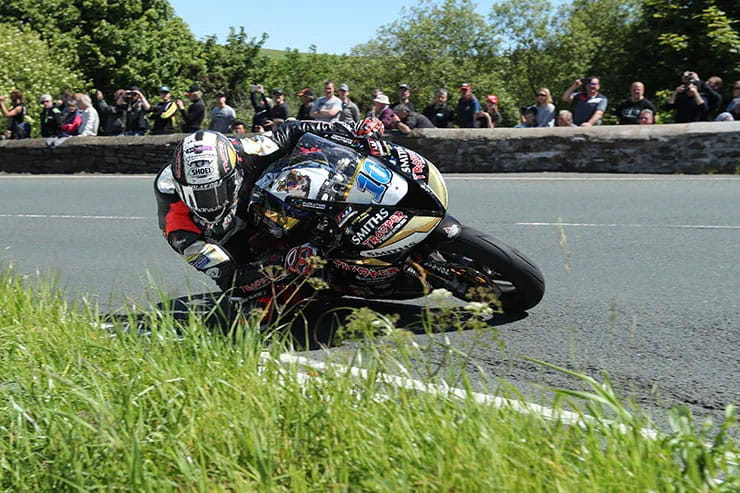 “You are fixed to a set rule, to a set power and the bike will only do what it is governed to do. It makes them [the three new eligible motorcycles] comparable to an R6 and a ZX-6R, it’s just opening up the class to more manufacturers.

“They’ve all changed (WorldSSP, MotoAmerica, BSB), even the TT, but the North West decided not to change for some unknown reason.

“I suppose, in hindsight, we should have talked about it earlier but I think we all presumed they’d be on the same page as the rest of the world. For some reason, they’re not and even more frustratingly, they are being really stubborn about changing it.

“I can’t race it at the North West but two weeks later at the TT in the very same class against most of the same people, I can.

“I think they feel they will get a backlash from somewhere, but I can’t see that because everyone else has changed and everyone knows it has changed.”

With no alternative motorcycle available to him, it would force Hickman into a partial campaign at the North West 200, one of the foremost events on the road racing calendar and regarded as a warm-up for the TT.

“Frustrated, annoyed, p****d off, they are being stubborn about something that seems really obvious.

“I have spent a f**k load of money building a bike that is eligible for every class in the world, except now for the North West 200, which is ridiculous. I don’t have another Supersport bike ready to go, which is s**t.” 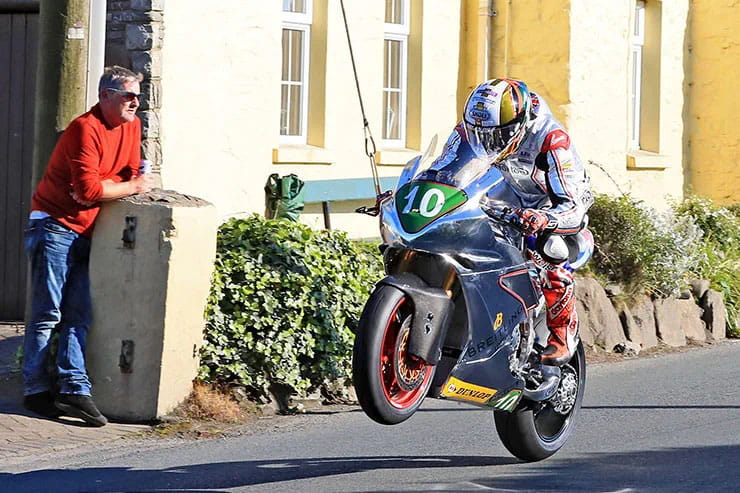 Hickman could swap Norton for Aprilia for Lightweight TT

Hickman is also facing a late change of plans for the TT after his Norton Superlight also failed to meet initial criteria for the Lightweight category.

Ironically eligible to compete at the North West 200, TT organisers have ruled out the Superlight as it is because it isn’t available for public sale.

The Norton is the same machine he campaigned in the 2019 Lightweight TT when it was entered with factory-backing. Hickman has since purchased the machine and invested in a host of upgrades with a view to entering it into the 2022 Lightweight TT.

However, Hickman says he is considering exploiting a loophole that states he can race it provided he is prepared to make 30 Norton Superlights available for public sale, by simply being prepared to sell them on a ‘made to order’ basis.

“In complete contrast, whereas the Norton I am not allowed to run the Norton at the TT because it was never made for the road, the North West say that is completely fine in the twins class.

“Currently, unless I make it available for public sale… which might be happening.

“I have to make available - I don’t have to sell - 30 Nortons, which is possible because I could make it to order and put a price tag on it, if someone buys one then great.”

One of six races Hickman is planning to contest at the 2022 Isle of Man TT, he adds he is still planning to race in the Lightweight class - ‘more than likely’ on an Aprilia RS 660 - if the Norton is ruled out.