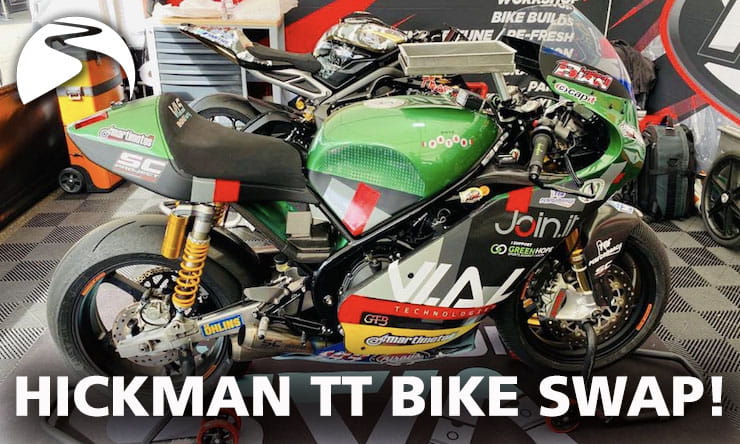 Isle of Man TT outright lap record holder, and BikeSocial ambassador, Peter Hickman, has opted for another change of machinery on the eve of the 2022 Isle of Man TT after opting for a Paton over the Aprilia RS 660.

It is the second time in as many months Hickman has swapped his Supertwins bike after his original plans to run a Norton Superlight was scuppered when fell foul of regulations that ruled a competing model must still be in production.

Though he considered exploiting a loophole by making at least 30 made-to-order models he’d construct himself available to potential buyers, he eventually made the call to purchase an Aprilia RS 660 instead.

However, with little time to prepare the machine ahead of the event, he has instead arrived on the Manx island ahead of this week’s practice sessions with more proven Paton machinery in the PHR Performance awning.

The Italian-built model - which Hickman will race under the VAS Engine Racing with Martimotos banner - has a strong pedigree at the TT in the Bennetts Supertwins/Lightweight class and was the winning machine in the hands of Michael Dunlop during the most recent event in 2019.

Hickman exclusively told BikeSocial last night, on the eve of the Isle of Man TT 2022 first qualifying session, where he is due to ride the Paton for the first time immediately after his Superbike and Supersport machines, “I had the option of racing a proven race winning machine as opposed to something untested around the TT course”.

Hickman - a hot favourite for this year’s Senior TT - has endured a troubled build up to the 2022 event, the first to take place since COVID-19 forced the 2020 and 2021 events to be cancelled.

Looking to get miles under his belt at the preceding North West 200, Hickman was forced to withdraw from the Supersport category after his Triumph Street Triple 765 RS was ruled out of action because it didn’t meet homologation requirements.

He was then forced out of the Superbike race on his FHO BMW M 1000 RR due to a defective rear tyre, a broader Dunlop issue that forced it to pull each of its partnered bikes out of the second race.
Recommended Articles