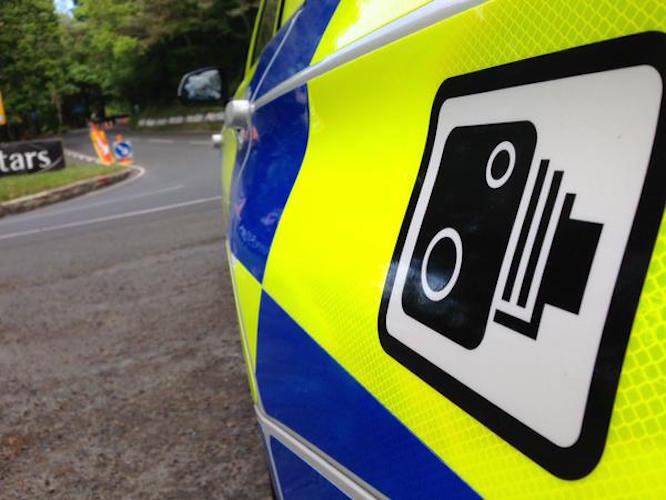 A man has been jailed on the Isle of Man after walking on the closed TT course shortly after the end of yesterday’s RST Superbike race.

The man and three friends entered the closed course at Union Mills before verbally abusing marshals who asked them to wait until the roads were open.

Charged with a public order offence, the man, named as 47-year-old David Seager of Bristol, appeared in court this morning and was sentenced to eight weeks in custody and was excluded from the Isle of Man.

It wasn’t the only incident of spectators walking on closed roads either, mobile phone video footage from the Crosby Leap shows a dozen spectators on the course moments after the race was red-flagged on the last lap. The video goes on to show the deviant fans being narrowly avoided by the Subaru course car as it passed through at high speed.

“The public are reminded that during pre/post race and closed road times the instructions of Race Marshals are to be obeyed at all times”, said a statement issued by the Isle of Man Constabulary.  “They have been given similar powers to Police Officers and you may be subject to prosecution should their instructions not be heeded.

“This morning’s sentence should send a crystal-clear message that anti-social behavior towards fellow spectators and marshals, as well as being on closed roads contrary to a road closure order, will simply not be tolerated. Behaviour of this sort puts people at huge risk, and we will do everything in our power to ensure the marshals difficult job is supported.”