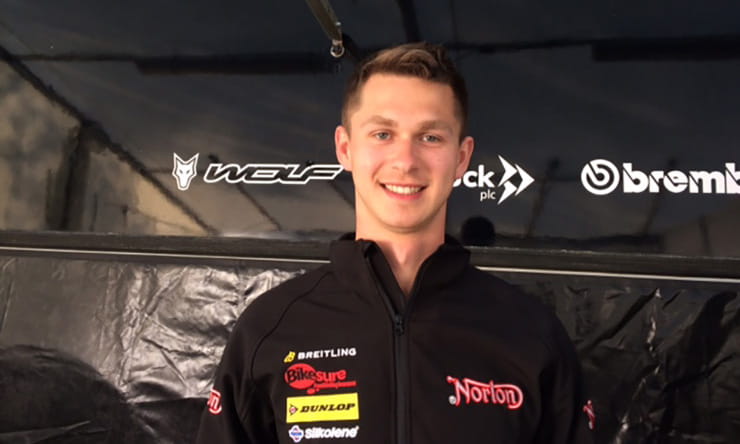 Sunni Wilson has a broad set of shoulders on him but he needs them, especially over TT fortnight. At just 21 year’s old he’s one of the youngest team mangers in the paddock.

But not just any team: he’s overseeing the mechanical operation of the Norton outfit, whose riders include the world’s most successful living TT racer, John McGuinness, and 2015 British Superbike champion Josh Brookes. McGuinness is unable to compete due to a new fracture on his recovering leg following his crash at the North West last year.

But Brookes is itching to finish on the podium at this week’s Senior race - more so after finishing tenth in the Saturday’s Superbike race. And, as far as the machine goes, Wilson is the man responsible for whether it happens.

Added to that, six years ago, Norton pledged to be on the TT podium within six years, which takes us to about now.

So, no pressure then! 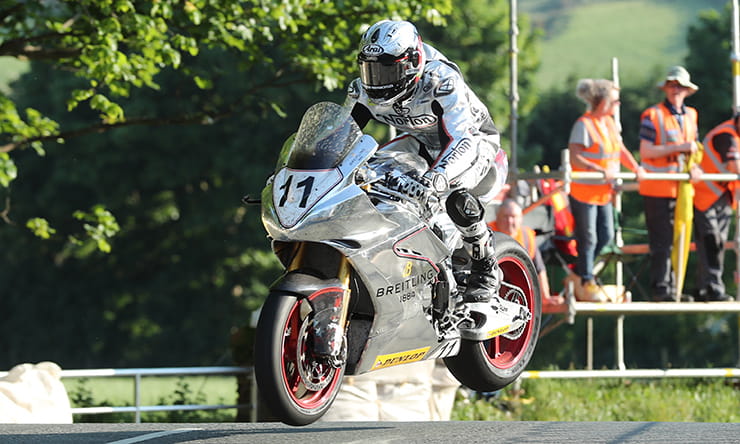 “We know we’ve got a great team, we know the bike’s capable of a 130 plus lap and Josh achieved that in the Superbike race on the last lap. The feedback about the bike’s been good but we had some small technical problems I’m not able to talk about but the bike’s going well.”

Wilson started working for Norton in April 2017 and became team manager in August that year. Within weeks he was flat-out getting the “I had a workshop in Rochdale and was doing motorcycle work and was involved with BSB so I had a lot of race-related work through that and then Dave Johnson introduced me to the Norton SG7 - a race machine derived from the firm’s V4 RR road bike.

Indeed, Norton’s trajectory has been interesting to observe over the past few years. The team has transcended the top-ten TT finishers barrier, with David Johnson finishing seventh in the Superbike TT and Josh Brookes finishing eighth in the same race.

Since then Norton’s racing artillery has evolved thanks to its colossal efforts at the TT.

“Everything about the bikes is developed from the IOM TT,” says Sunni. “The bikes are tailored for this place and we use the data to improve our machines.”

This year’s SG7, he says, is highly competitive. “All the parts are machined in-house, which is great. If we need a part we say to our team ‘we need this making’ without having to wait for months for a supplier.”

The engines are still - like its predecessors - running on Aprilia engines. Rather, it’s the chassis that’s been the focus.

Norton’s legacy is built on TT racing, especially where chassis are concerned. The marque developed the ‘Featherbed Frame’ in 1950, which made its debut on the Manx Nortons, which were among the most competitive race machines of their day.

As for the Senior, it’s down the technical team and Brookes.

“We’ve all been working 85-hour weeks for months but we want to because we all really want this to happen. We’re now achieving 130mph plus average speeds so we are right up there and now that we have a chassis that’s both stable and agile we have a very strong fighting chance at this year’s TT.”

Norton has come a long way in just six years. Whether Brookes pull it out of the bag for the Senior is yet to be seen.

Watch this space to find out…