McGuinness collection on display at TT2016 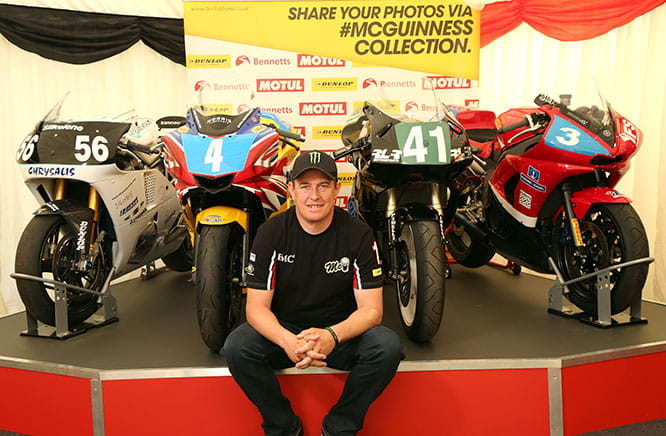 The greatest living TT racer has taken a selection of bikes from his personal collection to the Isle of Man for fans to enjoy at this year’s races.

John McGuinness has joined forces with personal sponsors Bennetts, Dunlop and Motul to bring 11 of his bikes to the Island. Situated in a specially commissioned marquee in the TT paddock, the exhibition will be free for fans to attend and will be open until the end of race week. As well as the display of bikes, the area will give fans an opportunity to purchase official McGuinness merchandise, including the 23-time TT winner’s new book. 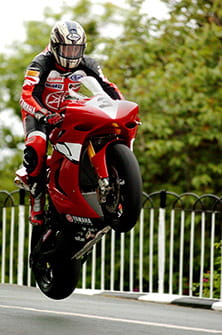 The 12 bikes on display, driven over personally by the racing legend are:

1996 Isle of Man Junior TT – Paul Bird Motorsport Honda RS250 – on which John made his TT debut and finished top newcomer in 15th.

2000 Isle of Man Singles TT – Chrysalis AMDM 720 – built by the late three-time TT winner David Morris, and ridden as a tribute to the engineer, John won by a staggering 48 seconds.

2004 Formula One TT – IFS Yamaha YZF-R1 (pictured right) – the bike on which John secured his first big TT win, with a start to finish dominance and a new outright lap record.

2014 Isle of Man TT Zero –Mugen Shinden San – undoubtedly the trickest and most innovative bike in the collection, this gave John another class win to add to his impressive TT CV, with victory and a phenomenal 117mph average in the electric class.

Speaking to Bike Social, McGuinness said: “I have wanted to do something like this for years and I am delighted to have the support of my sponsors, Bennetts, Dunlop and Motul, as well as Roy from Motorsport Merchandise, to make it happen. First and foremost I am a fan of the TT. Coming from Morecambe, I used to bunk off school and come over on the ferry with my push bike. I was in awe watching those guys and to have seen a display of Joey’s bikes back then would have been unbelievable. These bikes mean so much to me but unfortunately they don’t get seen in public very much. I wanted to give the fans an opportunity to see these great bikes and I hope that everyone comes along and enjoys it.”

Talking about some of the bikes included in the display, John added: “I remember riding the (1999) TSR-Honda and going down Bray Hill on lap one. I thought to myself that if I didn’t win the race on that bike, I would never win. It was that good!” 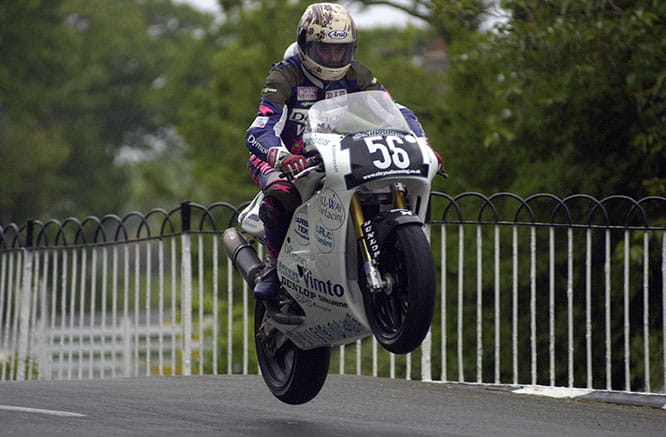 Commenting on the Chrysalis AMDM 720 (above), on which he beat Chrysalis Racing team-mate Jason Griffiths by a staggering 48 seconds, he added: “To see the faces of the Morris boys after I won on their Dad’s bike was really special. I am very proud of that win.”

Also on display is the factory IFS Yamaha YZF-R1, the bike upon which John took his first ‘big-bike’ TT win in 2004 with a start-to-finish dominance of the Formula One TT. “I banged in a 127mph lap at the start and that set me up for the one I really wanted, a Superbike TT win.”

The John McGuinness collection is situated on the edge of the TT paddock, in Noble’s Park, just opposite the TT VIP area.