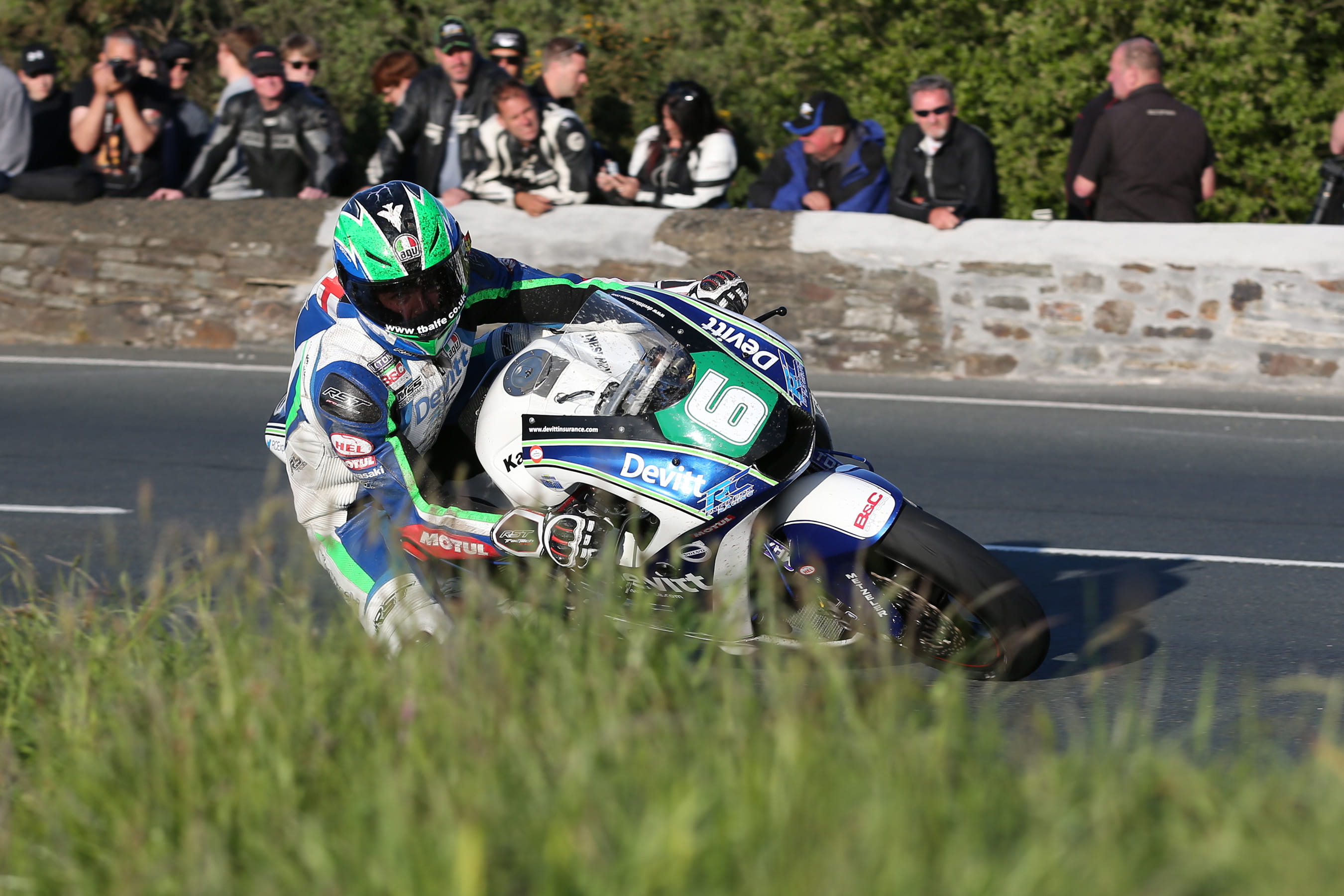 Ivan Lintin won Wednesday evening’s four-lap Bennetts Lightweight TT race after seeing off the early challenge of James Hillier. Lintin took the lead on the second lap and with a superb pit stop, he was able to edge away to eventually take the win by 12.4s as Martin Jessopp claimed his first ever TT podium in third.
It marked the second win a row for Lintin – and third for his RC Express Racing team – as well as making him the first rider to win the race twice since it was re-introduced in 2012.
“The team did a fantastic job in the pits and when I saw ‘P1 +8’ on my pit board on the third lap, I was able to breathe a bit,” Lintin said afterwards. “It was nip and tuck all the way and I made a few mistakes during the race, running wide in a couple of places, so I had to grab a hold of myself to get back on track. I had to slow down for a couple of yellow flags and you never know how much time you’re going to lose but we did the job and I’m over the moon.” 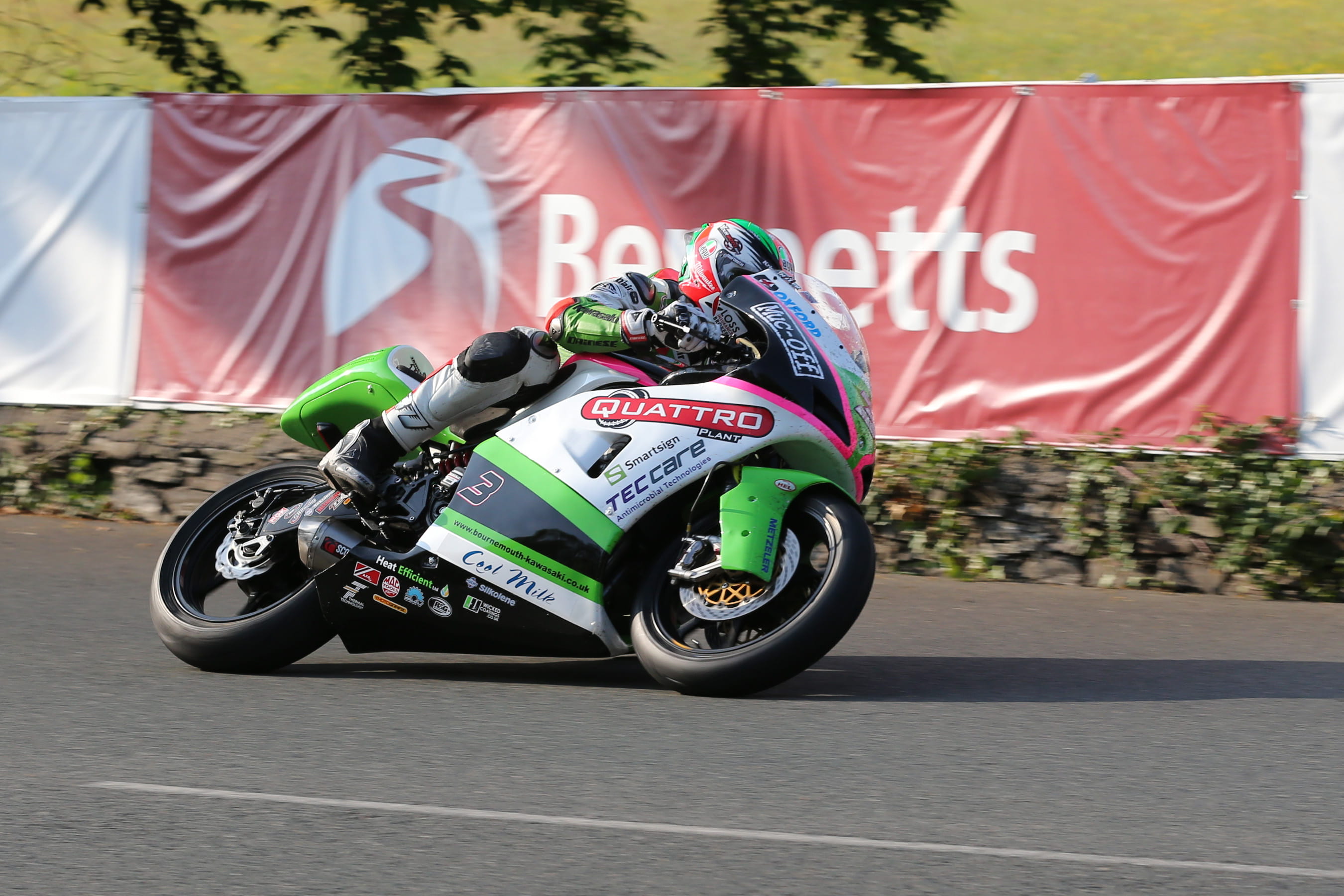 It was Hillier who led in the early stages, crossing the line at the end of the first lap 2.1s ahead of Lintin. It was disappointment for two pre-race favourites though as Michael Rutter and Danny Webb, the SGS International/KMR Kawasaki duo, retired at Brandywell and Crosby respectively. With those two out, Gary Johnson moved into third ahead of Stefano Bonetti, Jessopp and Daniel Cooper.
Lintin slowly clawed the gap back and with the fastest lap of the race on his second circulation, a 119.806mph, he took the lead. With a quicker pit stop by the Devitt RC Express Racing team, his lead over Hillier had soared to 8.2s at Glen Helen on the third lap. Jessopp’s pit crew were equally impressive in the pit stop, allowing him to take third place ahead of Johnson.
Pressing on over the final lap, Lintin crossed the line to take his second successive win in the class, making it three in a row for the team. Lintin’s win also makes him the first man to win the Lightweight race twice since its re-introduction in 2012.
Hillier was secure in second but the battle for third went all the way to the chequered flag, eventually going the way of Jessopp by just over two seconds from Johnson with Bonetti and Cooper rounding out the top step.
RESULTS 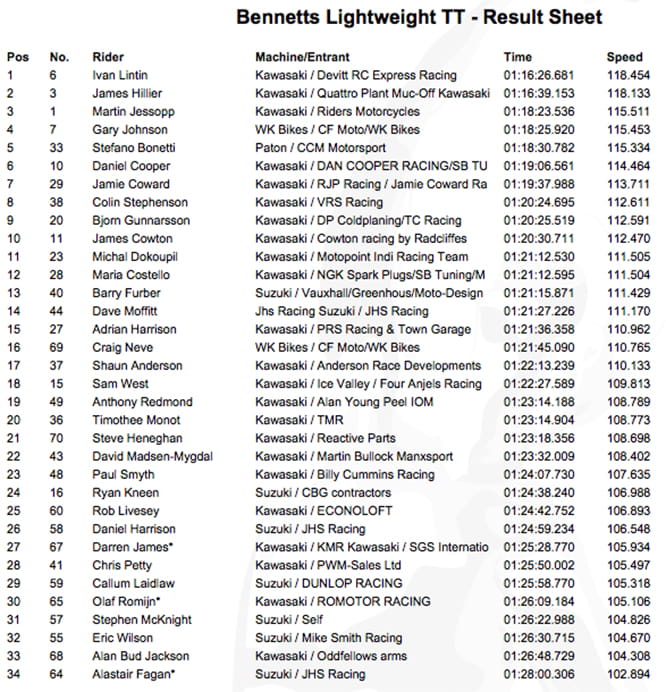