Isle of Man TT: Perfect lap, is it possible? 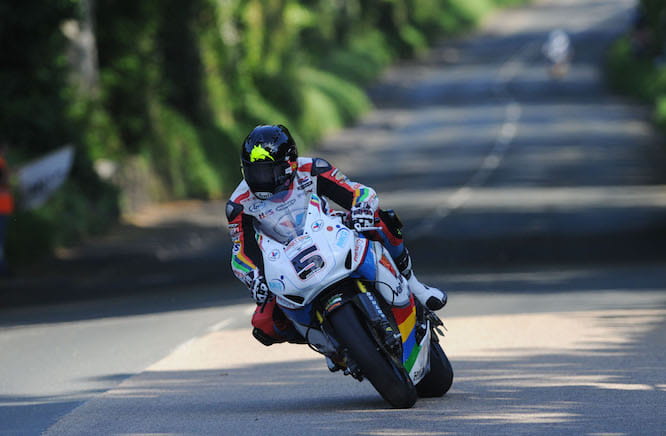 However, if you combine the record for each sector, the ‘perfect’ lap would see an average speed of 133.634mph and time of just over 16 minutes, 56 seconds. 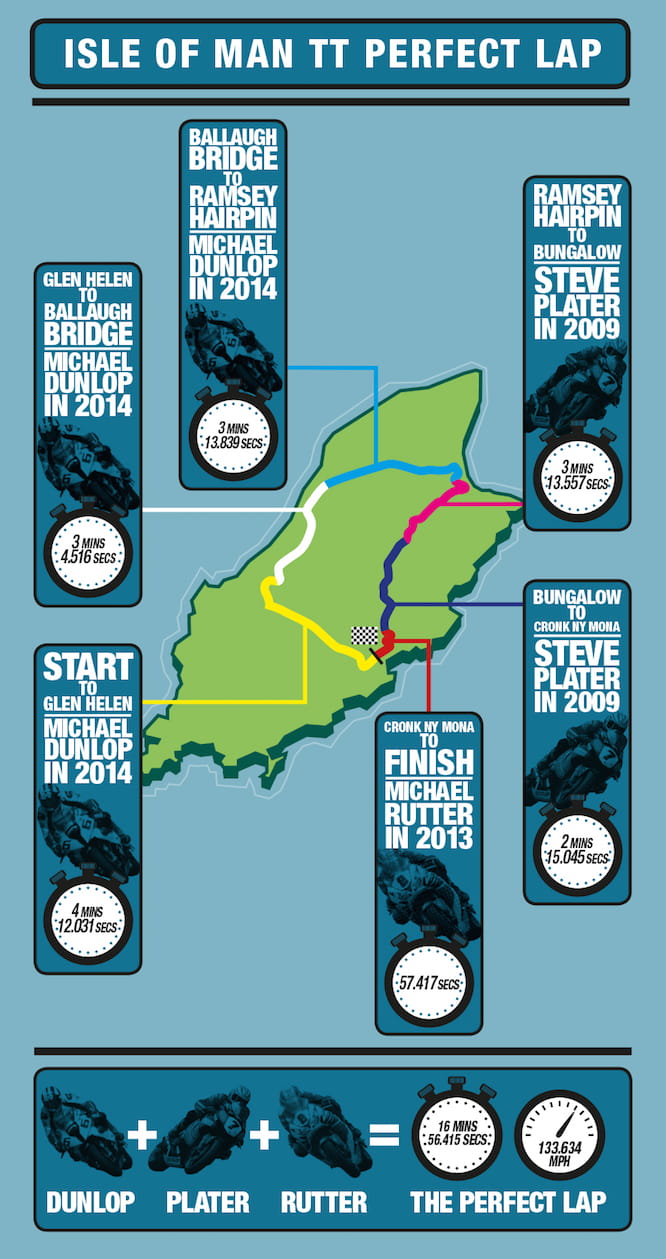 Nobody has ever lapped the TT course in less than 17 minutes, but it could just be possible. To go under the 17-minute barrier, a rider would need to lap some seven seconds faster than Bruce Anstey’s outright lap record.

Finding seven seconds is a tall order, even for Bruce. It would require an almost inch-perfect lap of the 37.73-mile (or 2,390,572.8 inch) course – which is every bit as difficult as it sounds!

But, as shown by the graphic, all of the current fastest sectors, which form the most perfect lap imaginable at this time currently come up some four seconds under that magic 17 minute bracket, showing it is at least physically possible.

Michael Dunlop set the fastest time in the first three sectors in his barnstorming year with BMW in 2014, but Plater’s records have stuck since 2009! Despite now holding the lap record, Anstey isn’t fastest in any particular sector. 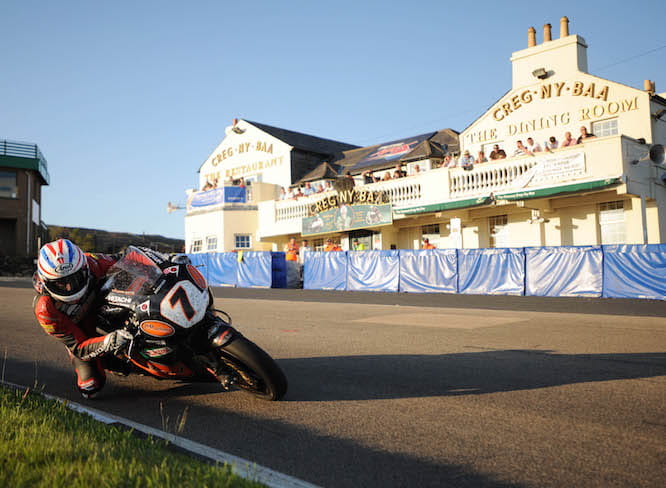 The perfect lap would require perfect conditions. The weather would need to be ideal, not too cold nor too hot. There would be no wind and most certainly no damp patches or spots of rain as that would render the circuit far too dangerous to push that hard.

The race circumstances would also need to be right. Let’s not forget, these guys are wrestling 200+bhp superbikes around the course at speeds of up to 200mph. If a rider is lapping at 131mph average speed and his boards tell him he’s pulling a gap on the rider behind, why does he need to go any faster?

Outright lap record holder Bruce Anstey says he knows he could have gone faster last year so he’s pretty sure the 17 minute barrier can be broken, but emphasises the conditions must be perfect.

“I was a bit peeved that I ran wide in the superbike race last year, so in the last few laps I was just making sure the bike was ready for the senior. I pushed to make sure the suspension and everything was working properly and ended up with quite a good lap!” he told Bike Social.

“I was watching the onboard the other day and I made quite a few mistakes. I missed a lot of apexes and made a big mistake at Creg-ny-Baa.

“On a good day, I think we might be getting close to the sub-17. It has to be a good day though, with no wind, the conditions have to be right or it won’t happen. We’ll just have to wait and see.” 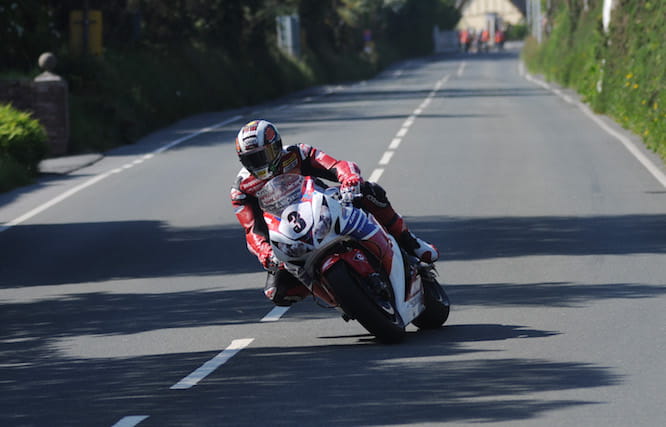 21-times TT winner, John McGuinness reckons there will be half a dozen if not more riders running a similar pace at this year’s TT and says this could up the pace.

“It’s definitely going to be a fast year. It always is”, he told Bike Social. “Fast laps don’t matter to me as much as long as it’s good, safe racing and we put a good show on. I didn’t see the 132mph coming from Bruce last year! Sub-17 depends on a lot of things, it’d need to be nice weather. I don’t know, maybe.  You never know with blokes like Michael Dunlop, he might go and do a 135mph lap [laughs]! To be honest, I'm not fussed as long as I'm on the top step!”

Is the sub-17 possible? Yes. Will it be this year? It could be but it’d take the right weather and the front-runners pushing the pace but let’s remember, anything can happen on the island.