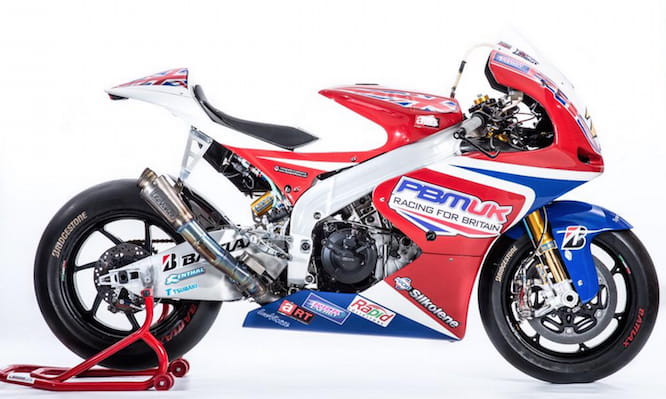 A MotoGP bike will take to the Isle of Man TT course for the first time since Cameron Donald lapped the circuit on Suzuki’s GSV-R in 2010.

An ex-PBM Aprilia ART machine will appear in the Friday parade lap around the iconic 37.73 mile mountain course in the capable hands of eight time TT winner Ian Hutchinson.

The bike, now owned by Phil Morris Racing, was originally ridden by James Ellison in the 2012 MotoGP World Championship alongside world-class riders such as Valentino Rossi, Jorge Lorenzo and Casey Stoner.

The ART is powered by a 1000cc V4 motor which is heavily based on the powerplant in Aprilia’s RSV4 superbike.

Hutchinson will ride Kawasaki machinery for the PBM team in this year’s 1000cc races while campaigning an MV Agusta 675 for the Tsingtao team in the Supersport class.

The entry is the latest in a line of high-powered machines to be confirmed in this year’s parade lap. British Superbike star, Chris Walker, will also take to the course on Kawasaki’s mental 326bhp Ninja H2R.