Harrison: "This is my first proper TT win!" 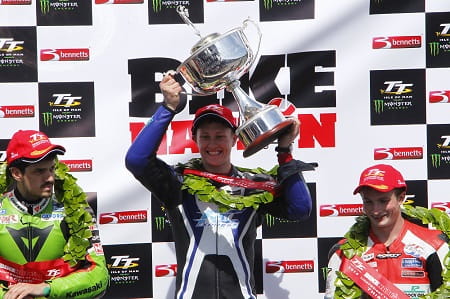 Dean Harrison has said that it’s nice to get an ‘official’ TT victory under his belt after taking the win in the Bikenation.co.uk Lightweight TT race.

The Bradford lad stormed to victory in the three lap Lightweight TT last week to claim his debut TT win. The twenty-five year old had previously won a Classic TT, but says this time it’s a real one. Harrison’s task was made slightly easier when Ivan Lintin, who had been the fastest man throughout qualifying, retired from the race on the first lap with mechanical issues.

From there on it was a straight run for Harrison, who led from the first checkpoint without any real hassle from those behind him. Last year’s winner, James Hillier had a comfortable ride to second with James Cowton in third. 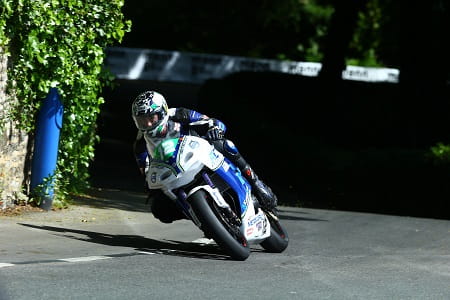 Dean’s victory followed his father’s debut TT triumph a few days previous in the first Sidecar race and marks the first time a father-son pairing have won TT races in the same year.

“The weather conditions were great, there were no damp patches and visibility was good” said Harrison. “I got stuck in from the start. I didn’t know Ivan [Lintin] had retired, he’d been the fastest man all week so I was expecting him to put up a good fight but I saw on my board it said P1 +5. I thought it’d be either Ivan or James [Hillier] so I pushed on and then saw P1 again and the gap was getting bigger and bigger! I felt quite comfortable and got my head down. The Metzeler tyres were working well, we had no slides or anything like that.”

“This is my first proper TT win, I have won a Classic TT before which you get the same trophy for but it’s not quite the same level of competition as the size of the field is much smaller so now I’ve got an official TT win so that’s good!”