WORLD EXCLUSIVE: Michael Dunlop will race BMW at the TT this year! 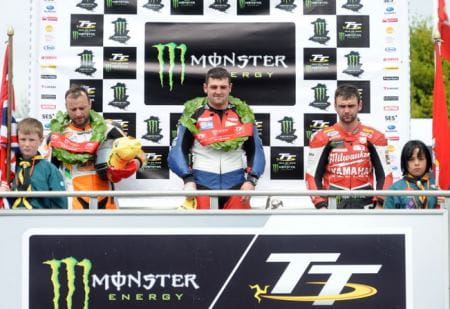 Michael Dunlop is set to announce that he will race for BMW at the Isle of Man TT this year!

The shock move, as predicted by Bike Social a number of weeks ago, follows Michael Dunlop's earlier announcement that he was taking a year out of racing.

The official announcement that he will race a BMW at the TT is due tomorrow, according to our sources, and it follows month of speculation of where the 24-year old rider will end up.

The road race star was unable to do a repeat deal with Honda despite taking an incredible 4 wins in a week for them at last year's Isle of Man TT.

According to sources, Dunlop rode the BMW at a secret shakedown two weeks ago and has finally made his decision to sign a big money deal with the German firm following a successful test.

He is also expected to race a top-spec BMW S1000 RR HP4 in the Superstock class under his own Michael Dunlop (MD Racing) team colours.

BSB team Hawk Racing BMW Motorrad are expected to run the ex-WSB bike. The move is being fully backed by BMW UK, and BMW Motorrad in Germany and comes as the firm officially pulled their factory team out of WSB. The bikes are sat waiting to go and senior BMW Motorrad staff are keen the former WSB bikes are used for the high profile event.

The 2014 TT is a special event for BMW as it commemorates their first TT win which took place 75 years ago in 1939 by German racer George Meier. BMW are also expected to bring over a number of motorcycles from their Munich museum to celebrate 75 years since their last win.

Sources suggest that key people inside BMW are nervous that Michael Dunlop and his wild ways are the right 'marketing fit' with BMW's brand, but if he brings the TT silverware back to Germany then we're sure they'll change their minds.