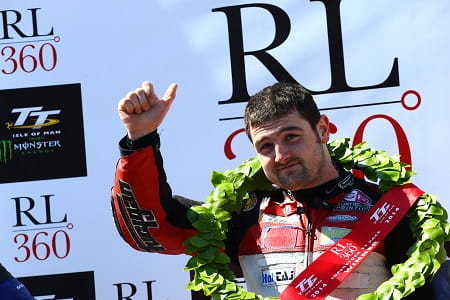 Unemployed 11-times TT winner Michael Dunlop is thought to have missed out on a factory Kawasaki deal for 2015 after failing to turn up for a meeting where they were apparently set to sign him up.

Unconfirmed reports say Dunlop lost favour earlier this year with BMW race bosses for his behaviour off the bike and refusal to do PR events for the BMW team.

The Ulsterman won three races for BMW at the 2014 TT but was left without a ride when the German marque opted to switch its support to the TAS team for next season.

Rumours suggest Dunlop has now annoyed Kawasaki UK top brass who were ready to throw him a ZX-10R for the 2015 roads campaign.  According to Bike Social sources, Dunlop was set to put pen to paper with Kawasaki last Saturday at Motorcycle Live but missed the scheduled meeting, leaving the team to reconsider their options.

It is thought the 25 year old isn’t keen on riding for a factory outfit as he wants to be able to work on his own bikes. He’s also not a fan of the PR commitments that come hand in hand with riding for a manufacturer directly.

However, we understand he’s still not completely ruled out of a Kawasaki ride. Some rumours suggest he could join Ian Hutchinson in the Paul Bird Motorsport team while others claim he could run a brace of Kawasakis under his own MD Racing banner.