Damon Hill: "The TT happens because it has always happened" 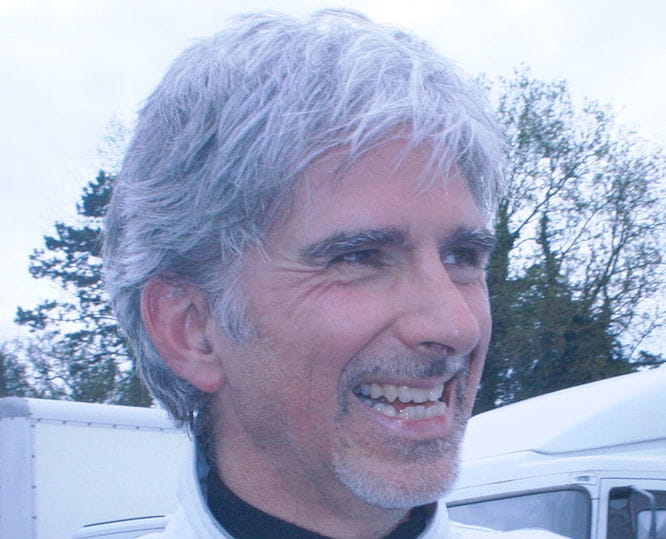 There’s always an army of racing superstars at the Classic TT - Jim Redman, Mick Grant, Giacomo Agostini, Phil Read are just a few of the event’s guests in recent years. But that’s to be expected - these are, after all, former motorcycle champions and this is the biggest date in the classic racing diary.

More surprising, however, was this year’s visit from 1996 Formula One champion Damon Hill, who, in spite of his reputation as Britain’s F1 frontman, actually started his career on two wheels.

This was Hill’s first visit to the Isle of Man, despite several years as a budding motorcycle racer. Hill competed at short circuits across the UK and won the 350cc Clubman’s Championship at Brands Hatch.

Speaking at the Classic TT, he said: “I raced bikes on circuits but always thought ‘I’m never going to the Isle of Man’ and it’s probably lucky I didn’t come here. But what a fabulous event this is!”

And while car racing and bike racing both involve high velocity and extraordinary machinery, the two branches of motorsport occupy very different arenas, as Hill says: “I think it’s interesting as to why car racing and bike racing are so different - you’d think they would be the same as ultimately, they’re both about speed and machinery. But the bike world is a totally different culture to that of the car world.” 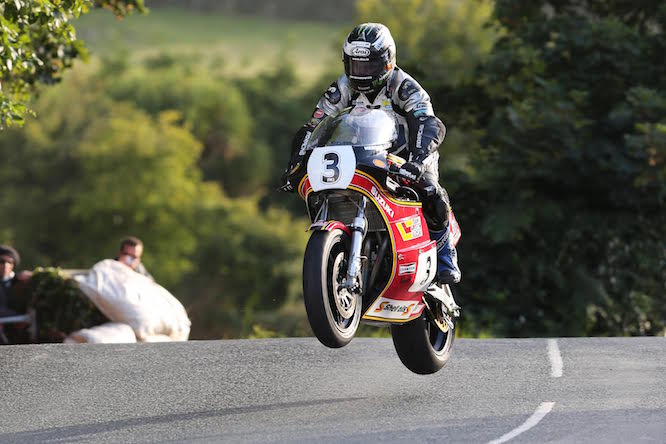 Hill’s father, Graham, was also a famous car racer, winning the World Driver’s Championships in 1962 and 1968. Graham Hill’s helmet was always marked by white oar-like stripes, to signify his rowing club and Damon adopted the same motif on his own helmets, even those he wore while motorcycle racing.

But despite his heritage, it was two wheeled machines that fired-him up as a younger man.

“My first love was bikes. Obviously my dad was in the car world but I just found people in the bike world much more open-minded about what they’re about. It’s also more accessible for people as a sport. You can buy a bike and race whereas you can’t really do that with F1 - that’s really a space-age thing. Motorbiking is more down to earth but also it’s more of a hobby - everyone’s favourite hobby is motorbikes.”

As for the Isle of Man, he says: “There are so many heroes, myths and legends about the sport and the the Isle of Man. The danger aspect is part of it, of course, you think ‘why would anyone do this?‘ and yet there they are, doing it in front of you. You definitely have jaw-dropping admiration and respect for people who do it and succeed at it but there’s also fear and concern for them. Anyone who rides a bike will understand the risks - you can be hit by a car or whatever, you are very mindful of that side of things whereas that doesn’t occur to people in the car world.”

As for the TT, it remains one of motorsports near-extinct species in terms of risk, excitement and challenge.

Hill says: “The TT happens because it’s always happened but if you tried to do it from scratch you could never do it.”