Bruce Anstey: "This is the one I've been waiting for" 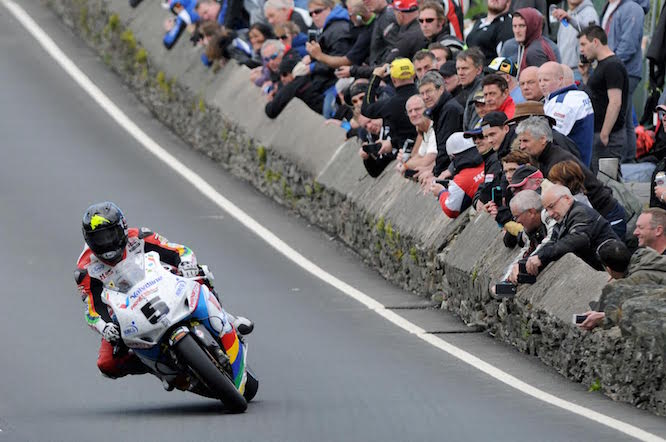 Bruce Anstey took his debut superbike victory in this afternoon’s RST Superbike race at the Isle of Man TT.

The ‘Flying Kiwi’ has been racing the TT for eleven years and had nine victories until today, but all had come in the 250, supersport and superstock classes. Now, after a stunning battle with PBM Kawasaki’s Ian Hutchinson, he can finally add the Superbike trophy to his mantel.

Anstey has never been short of superbike speed, in 2014 he set the outright lap record in the Superbike race but a slow start meant he could only just clinch third at the end of the race.

This time, a flawless start saw him in the mix from the off. Hutchinson built a lead of up to 4.7 seconds in the first three laps but in the second half of the race, Anstey hunted him down to take his tenth TT win.

“I can’t believe it. This is the one I’ve been waiting for”, said Anstey. “I’ve won 250 races, 600 races, superstock races this is the only one I haven’t won and I’ve finally done it. Hutchy gave me a good run for my money, it was one of those races that was so close the whole way anything could happen. We had two really good pitstops, every pitstop we gained a couple of seconds, and in the fourth, fifth and sixth lap I tried to be as fast and smooth as possible to bring the bike home.

“The bike was flawless; it was perfect. The guys have done a brilliant job, Clive and all the boys just awesome – there have been no problems all week. I’ve struggled with pace in the early stages before so I’ve been concentrating this week on going out and doing good standing start laps and it’s paid off for me.

“I’m feeling really good, the bike is perfect so I’m just out there having fun. I’ve been on nine wins for two or three years now so it’s good to get a tenth one in and hopefully some more later in the week.”