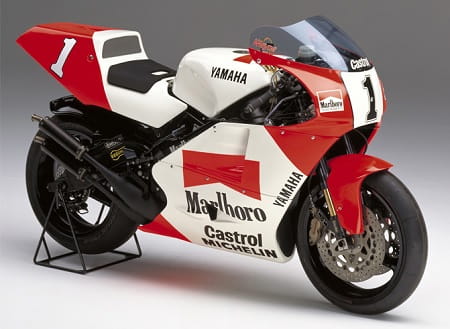 Bruce Anstey, the fastest man ever to lap the TT course, will bring Grand Prix history to the Classic TT this year as he competes on board an ex-factory Yamaha YZR500 for Padgetts Racing.

Anstey holds the outright lap record of the 37.73 mile mountain course after lapping at an average speed of 132.298mph in this year’s Dainese Superbike race. The forty-four year old will compete in the Motorsport Merchandise Formula 1 Classic TT aboard the GP classic, identical to the bikes ridden by Wayne Rainey, Eddie Lawson, John Kocinski, Niall Mackenzie, Juan Garriga and Randy Mamola.

It might be some twenty years old by the YZR produces an impressive 150bhp and weighs some 30 kilograms less than modern day superbikes so could be a serious contender.

The machine is owned and has been completely rebuilt by Padgetts, a team with plenty of TT pedigree. The Batley-outfit has taken eleven TT victories in recent years plus a whopping twenty six podiums. The team’s wealth of experience at the TT isn’t just restricted to four-stroke superbikes either, Jim Moody took victory on a Padgetts prepared 500cc NSR Honda in 1997.

“We are delighted to be able to support the Classic TT and are looking forward to getting back to the Isle of Man later in the year off the back of another successful TT for our team” said team owner, Clive Padgett. “To be able to come with something as spectacular as the YZR500 Yamaha has got the whole team motivated including Bruce who, as most race fans will know, made his name on two stroke machinery. The Classic TT was a massive success in its first year and we really want to be part of it going forward.”