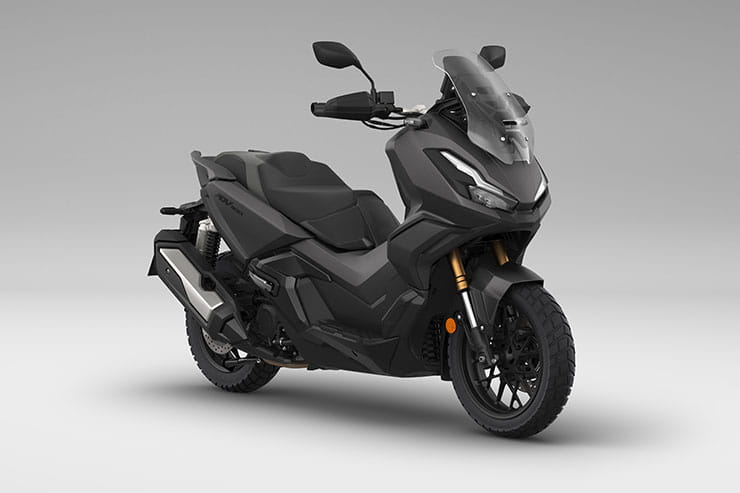 Back in October we scooped the specs on Honda’s new ADV350 adventure scooter and now the real thing has been launched at the EICMA show in Milan.

A clear follow-on from the bigger 750cc X-ADV that’s proved a surprise success since its launch, earning a revamp for 2021, the ADV350 takes its main components from the existing Honda Forza 350 maxi-scooter and adds adventure-inspired styling and suspension to the mix. 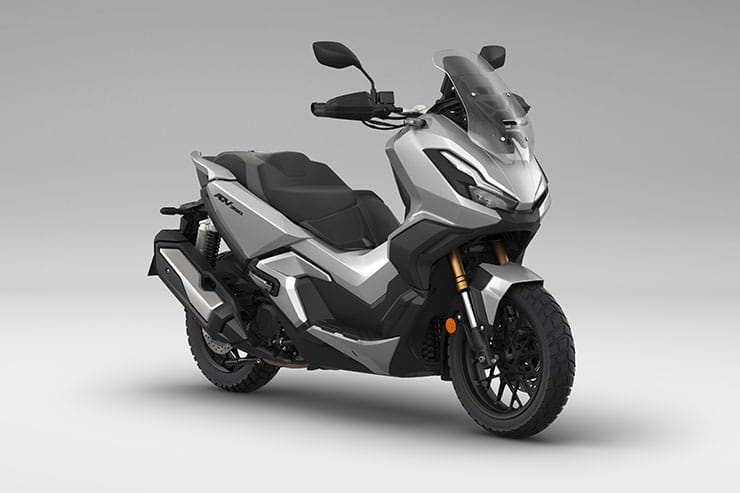 Of course, there’s no real intention for the ADV350 to be used off-road, but even so the bike gets 37mm USD forks with motorcycle-style yokes, giving 125mm of travel, rather than the 33mm right-way-up forks of the Forza 350. The wheel and tyre sizes are the same as the Forza’s, with a 15in front and 14in rear, but the ADV uses block-tread tyres to add to the off-road appearance, along with a new wheel design.

At the back, two remote reservoirs shocks handle the suspension duties, offering 130mm of travel, and while the steering angle is the same as the Forza’s at 26.5 degrees, the long-travel suspension makes for an increased wheelbase of 1520mm, 10mm longer than the Forza 350’s.

The bodywork takes its cues from the X-ADV, with dual LED headlights mounted relatively high, blacked-out lower panels and fairing sides that are cut back to show more of the forks.

Tech is also to the fore, with Honda’s proximity-based ‘Smart Key’ system and an LCD dash that has smartphone integration and voice control for calls and music once tied to a helmet-mounted headset. A USB-C socket in the fairing-mounted glovebox allows for phone charging.

A 50-litre top box, also operated via the Smart Key system, is optional. 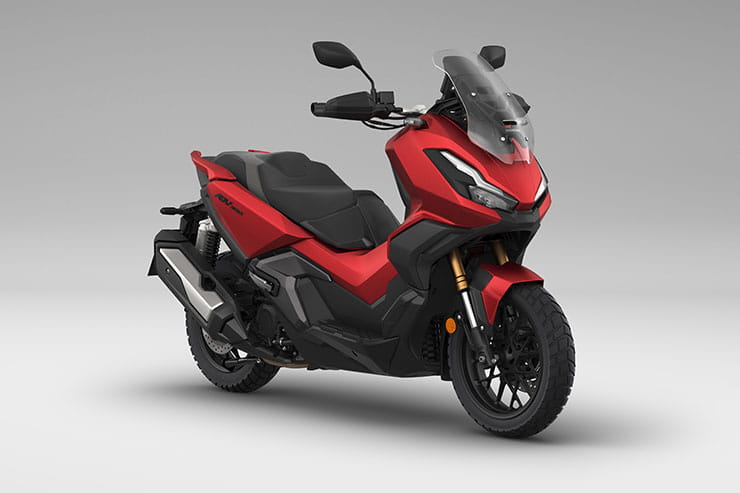 Power comes from the same 330cc single that drives the Forza 350, albeit with a slight change in its performance figures. Power is claimed at 29hp (21.5kW) while torque maxes out at 23 lb-ft (31.5Nm). It drives through a centrifugal clutch and a CVT transmission that’s tuned towards acceleration and quick response, with a belt final drive to the rear wheel. Unusually for a scooter, there’s also traction control in the form of Honda’s HSTC system.

Three colour options – silver, grey or red – are available for 2022, and of course riders will also have a range of optional extras to choose from. As well as the top box, there will be an optional rear carrier, heated grips, inner bags and an outdoor cover.