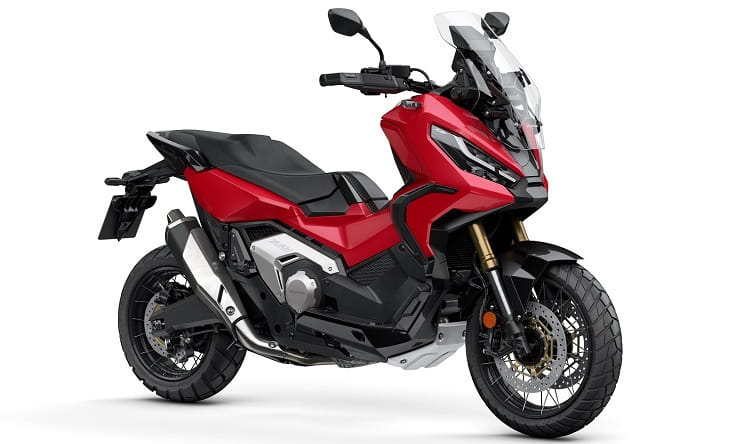 Honda’s X-ADV, above, will influence the styling of the new ADV350

Honda has long been rumoured to be developing an ADV350 adventure scooter to sit below the 745cc X-ADV in the range – and now we’ve had confirmation as the firm has type-approved exactly such a bike in Europe.

With the paperwork needed to put the bike on sale complete, it’s likely to be no more than a matter of days or weeks before we get sight of the finished machine, and unlike the smaller ADV150 that’s offered in some other markets, the ADV350’s European approvals mean it will almost certainly be sold over here. 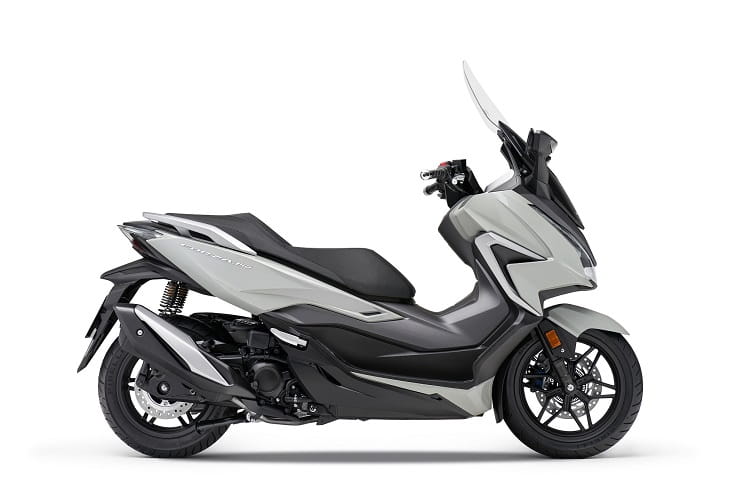 Forza 350 scooter (above) donates its main mechanical parts, including the 330cc engine

As you might expect, the ADV350 is based heavily on the components and technology of the Forza 350 and SH350i.

The approval documents show that the engine is borrowed straight from those models, with the same 330cc capacity and identical performance, power peaking at 29hp and 7500rpm.

It’s slotted into a frame that closely follows the dimensions of the Forza 350. The wheelbase, at 1520mm, is 10mm longer than the Forza – likely to be a result either of longer forks or the use of larger-diameter wheels to give the ADV350 an off-road look.

The overall length is stretched from the Forza 350’s 2147mm to 2200mm – again probably down to the more off-road-style suspension, wheels and tyres – and the width rises from 754mm to 895mm thanks to much wider, motocross-inspired bars.

Weight rises, too, from the Forza’s 184kg wet to 186g for the base version of the ADV350. There’s also a second model that weighs 2kg more at 188kg wet, although with no changes to other dimensions it’s impossible to tell what change contributes to that additional mass.

The only dimension that’s reduced compared to the Forza is the ADV350’s height, which is adjustable from 1295mm to 1430mm thanks to a movable screen. 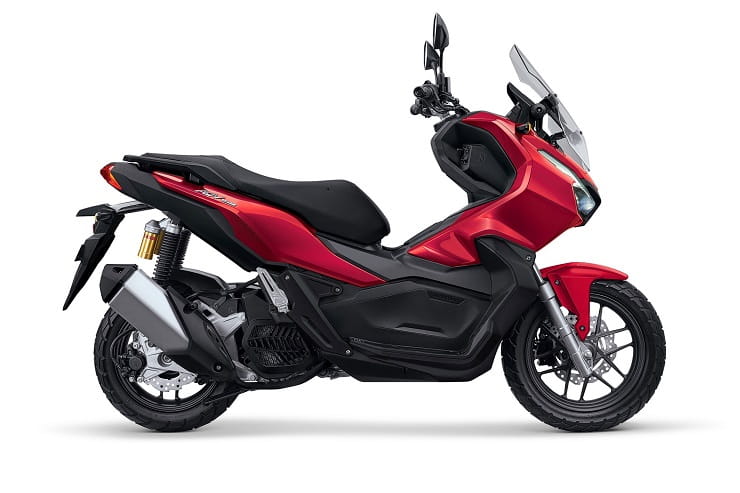 With approval for the ADV350 granted, it won’t be long before Honda officially unveils the model. The remaining question will be how it’s priced in comparison to the more conventional, street-oriented Forza 350 it’s derived from.

The X-ADV, despite sharing its engine with the NC750X adventure bike, costs around 40% more than the NC750X, thanks to higher-spec suspension, brakes and the use of Honda’s DCT dual-clutch transmission as standard to contribute to an eye-watering £10,949 RRP. The ADV350 isn’t likely to be such a big leap up compared to the Forza 350, which costs £5499, so a price of around £6000 seems likely.