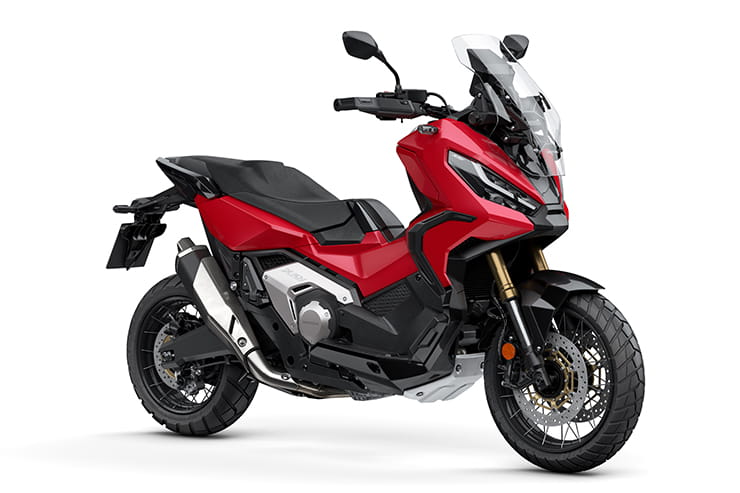 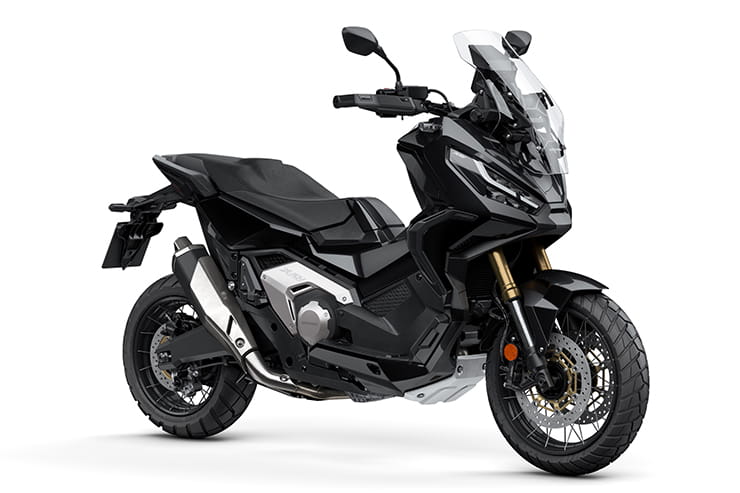 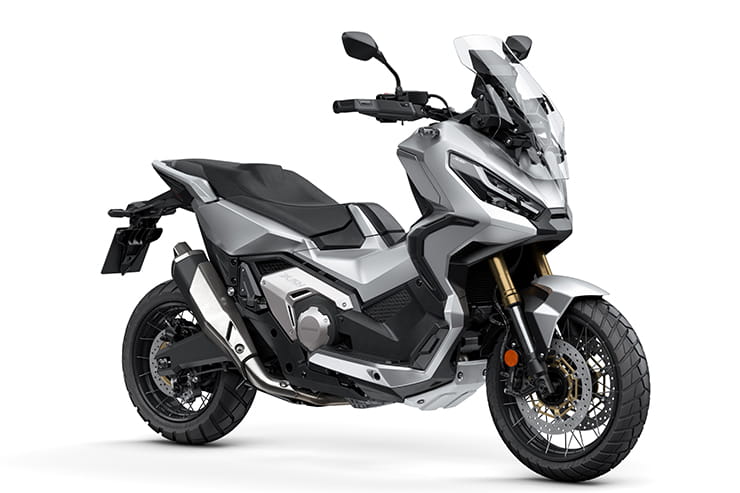 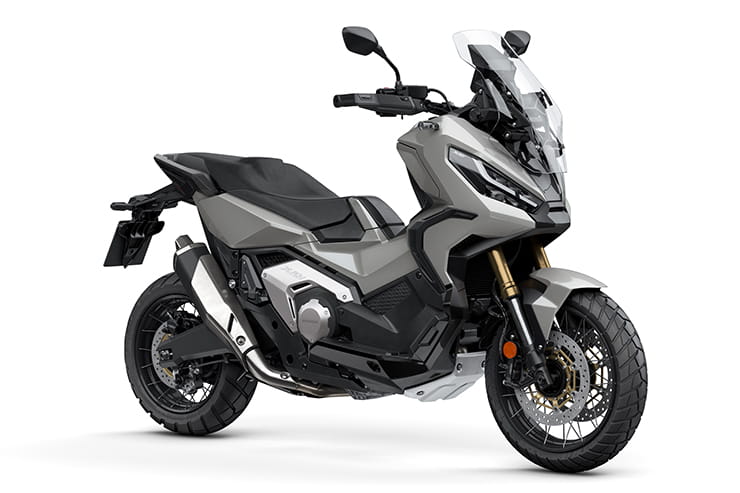 When Honda first showed the ‘City Adventure’ concept bike in 2015 it looked like a flight of fancy. Surely the firm wasn’t serious about making a 745cc, twin-cylinder scooter with adventure bike styling and Honda’s dual-clutch transmission? As it turned out, yes it was – and it was a good decision as sales since the production version’s 2017 debut have been strong despite a hefty price tag.

For 2021, then, the X-ADV gets its first serious update, joining its siblings – the NC750X and the new Forza 750 – in getting a revised version of the economical parallel twin engine, a lighter chassis and improved electronics. 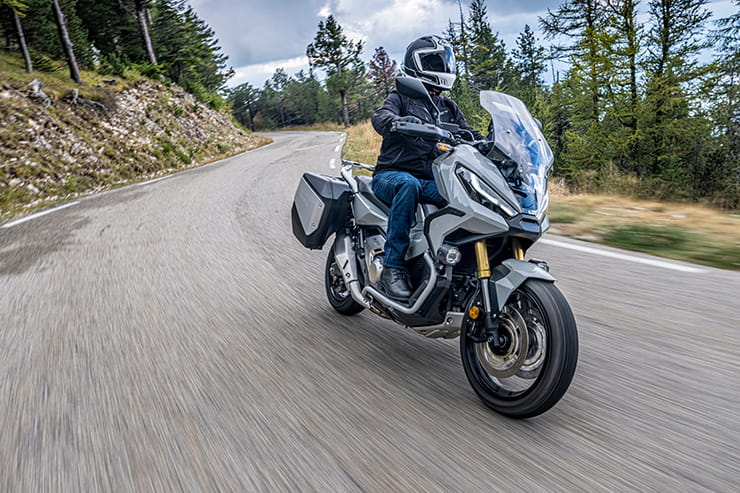 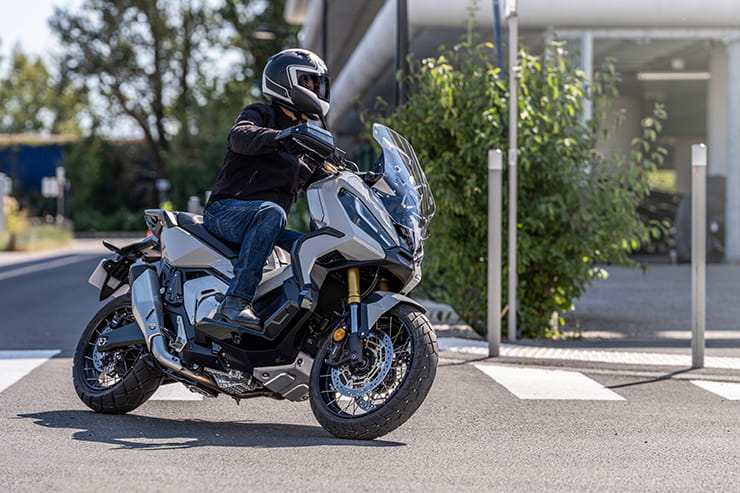 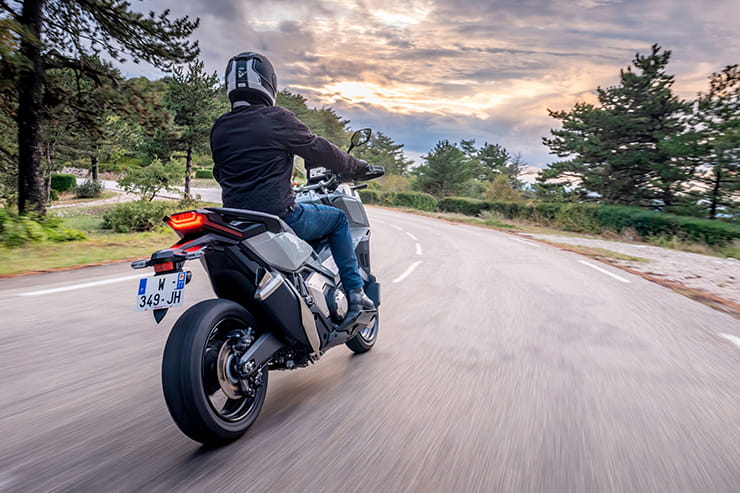 Unsurprisingly, the demands of Euro 5 emissions rules drive the engine changes. For 2021 the capacity remains 745cc but the engine gains a ride-by-wire throttle, new camshafts with different valve duration, improvements to the exhaust and a higher redline.

Like the 2021 NC750X, the X-ADV also gets shorter ratios for the bottom three gears to improve acceleration, along with taller ratios for 4th 5th and 6th to boost economy and capitalise on the stronger engine. 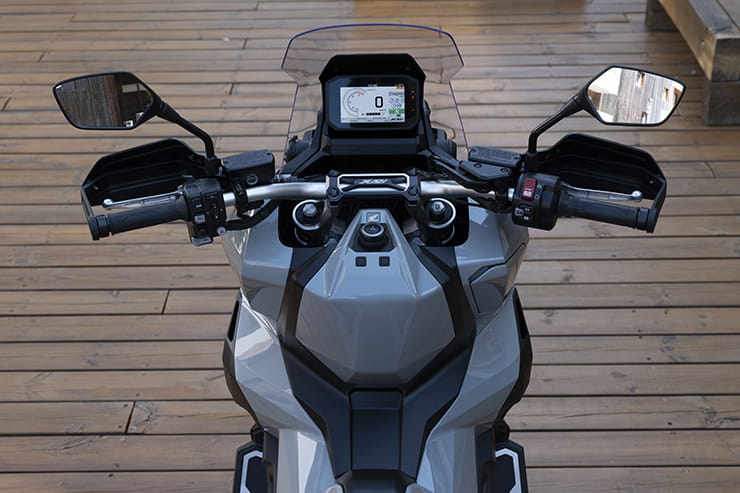 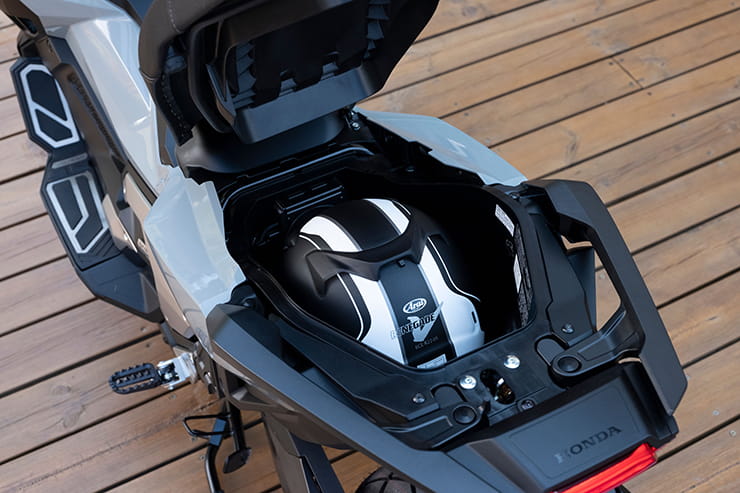 With the ride-by-wire throttles – already commonplace on most modern bikes – comes the ability to implement much more advanced riding modes and traction control settings than before.

Honda capitalises on that, giving the X-ADV five modes to choose from – ‘Rain’, ‘Standard’, ‘Sport’, ‘Gravel’ and ‘User’. The first four alter throttle response, ABS and traction control settings as their names suggest, with ‘Gravel’ being the most aggressive and ‘Rain’ the softest option. The ‘User’ setting allows you to select your own settings for traction control and power delivery. Each mode also adjusts the settings of the X-ADV’s dual-clutch transmission, which itself has five settings from ‘level 1’ to ‘level 5’, each getting progressively more aggressive and moving the shift points higher up the rev range. The ‘Gravel’ mode also reduces the level of slip as the gearbox swaps between its two clutches, a setting that was previously activated by a separate ‘G Switch’ on the old X-ADV. 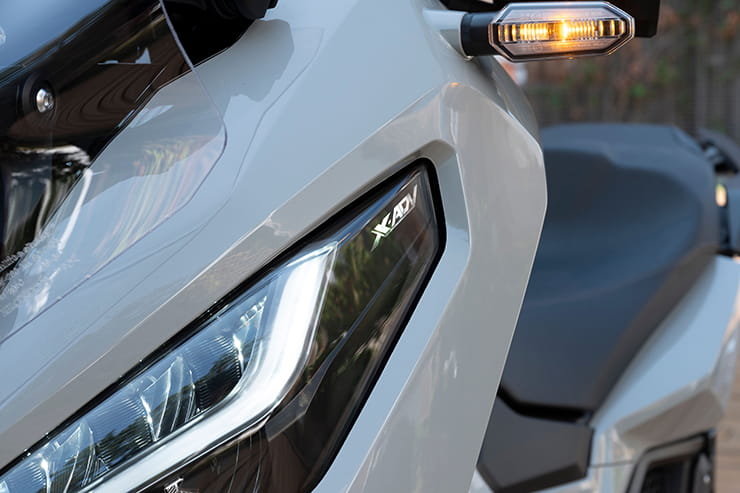 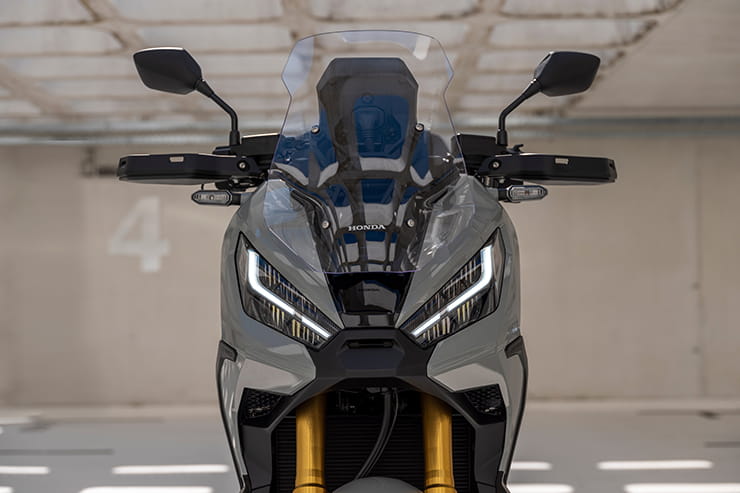 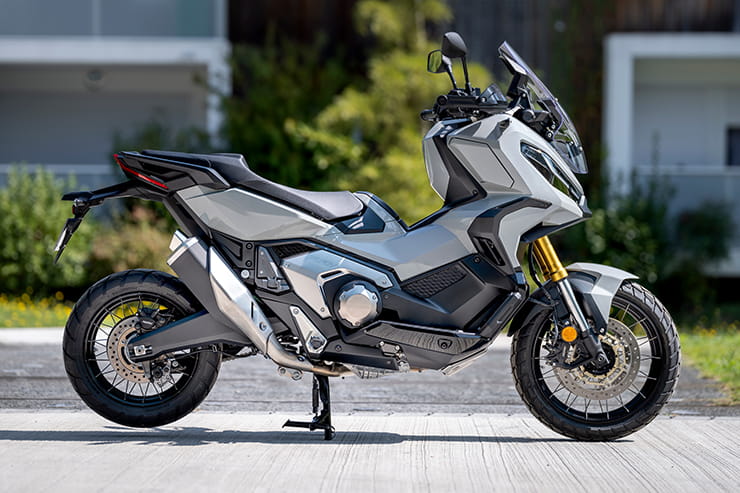 Visually, the 2021 X-ADV gets a new look thanks to redesigned LED headlights and all-new body panels that with a sharper-edged style than before. The new lights feature DRLs that now change intensity depending on the ambient light level – getting brighter when the sun is shining and dimming when it’s overcast to make the bike as visible as possible without creating unwanted glare.

The new windscreen is adjustable, with five positions to choose from, and the seat is reshaped to be slimmer, making it easier to reach the ground despite an unchanged 820mm seat height.

On-board, the 5in TFT display gets a voice-control system when linked to your smartphone to access calls, email, navigation and audio, while the storage space under the seat grows by a litre to 22l. A USB socket replaces the previous model’s 12V cigarette lighter-style socket to make phone charging simpler, and the parking brake control has shifted from the fairing lower to the right bar, making way for a new cubby hole in the fairing. Honda’s ‘Smart Key’ gives remote locking for the ignition, fuel cap and seat, while a clutch system is built into the steering lock so it can’t be forcibly broken by turning the bars.

As an extra safety system, the 2021 X-ADV also gets an emergency stop system that flashes the rear indicators when you hit the brakes hard at above 33mph, and the indicators have a self-cancelling system that’s based on front and rear wheel speeds to work out when you’ve completed a manoeuvre. 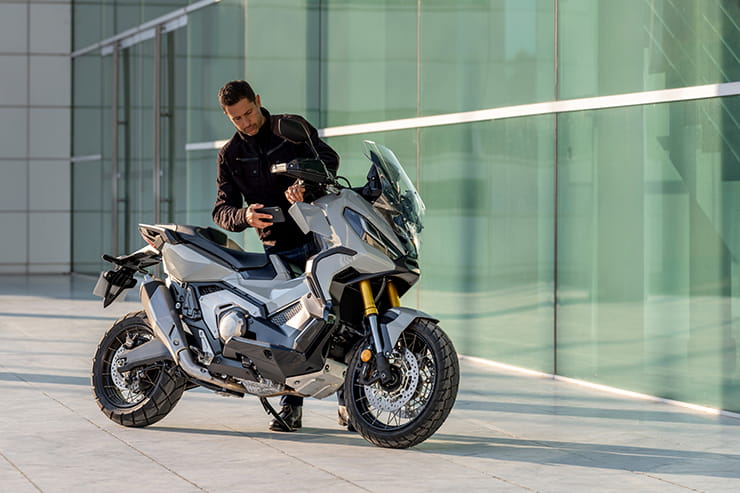 Like the 2021 NC750X, the X-ADV’s chassis is redesigned to feature variable thicknesses of its tubes, reducing weight, and along with weight reductions in the engine helps bring the bike’s total mass down by 3kg to 236kg. Unlike the NC750X, though, the X-ADV’s suspension travel hasn’t been reduced for 2021, remaining at 153.1mm front and 150mm rear to give 165mm of ground clearance.

We’re still waiting to hear when the 2021 X-ADV will reach dealers and its price, but with Euro 5 rules coming into force from 1st January it won’t be long.