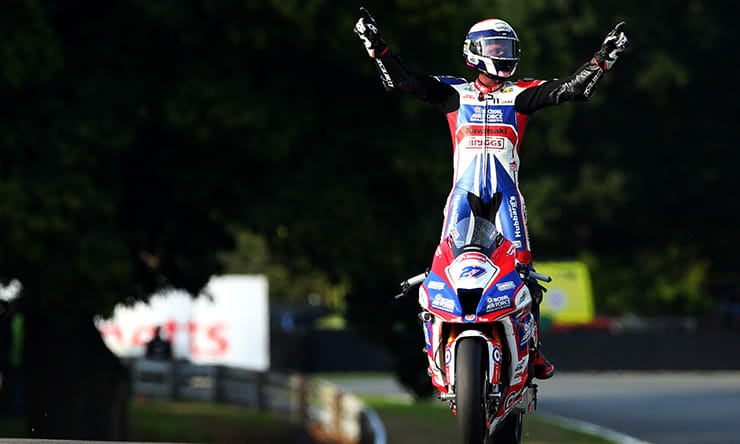 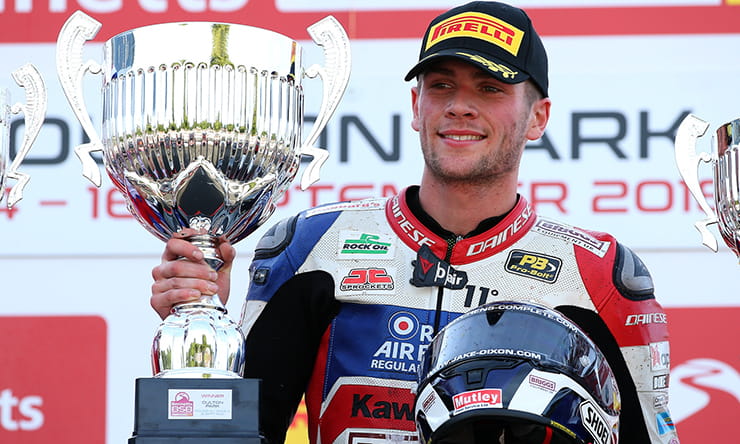 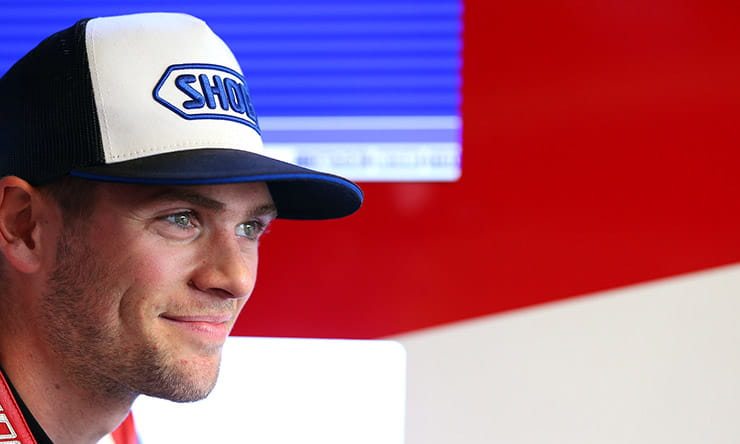 RAF Regular and Reserves Kawasaki’s Jake Dixon summed his weekend up as “perfect” after walking away with the ‘gentleman’s set’ from the Showdown opener at Oulton Park – that’s pole position, two race wins and the fastest lap.

Dixon picked up race victories firstly in a soaking wet opening encounter before riding around tyre wear issues in the second race. All after taking pole position on Saturday afternoon with the fastest ever lap on two wheels of the Cheshire track.

Sitting second in the standings heading in to the opening ‘Showdown’ round, Dixon knew that nothing short of maximum points would be good enough if he wanted to catch the runaway Championship leader, Leon Haslam.

But, the 21-year-old dominated in every session, stamping his authority on the Showdown in the opening two races, and he admitted to BikeSocial after the weekend that everything went according to plan. Unsurprisingly. 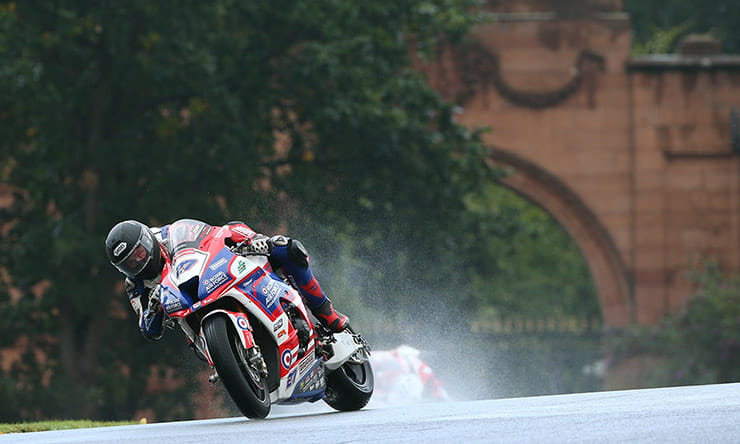 “It’s been a perfect weekend,” expressed Dixon. “From getting pole position with the fastest ever lap around Oulton Park, and then getting two incredible wins, one in the wet and one in the dry. I couldn’t really ask for more, the team gave me a great bike.

“In the second race I ran into tyre trouble with around eight laps to go and I just had to dig deep, and like everyone could see on TV, I wasn’t letting it go. It’s a massive credit to the team to allow me to ride the bike with a worn tyre like I did.”

Dixon’s job during Saturday afternoon was made slighter easier with a technical issue for his main rival in the first qualifying, forcing Leon Haslam to sit out the full session and meaning he would start at the back of the grid.

Although Dixon knew that he couldn’t count out the ‘Pocket Rocket’ in the opening encounter due to Jake’s heroic’s in 2017. 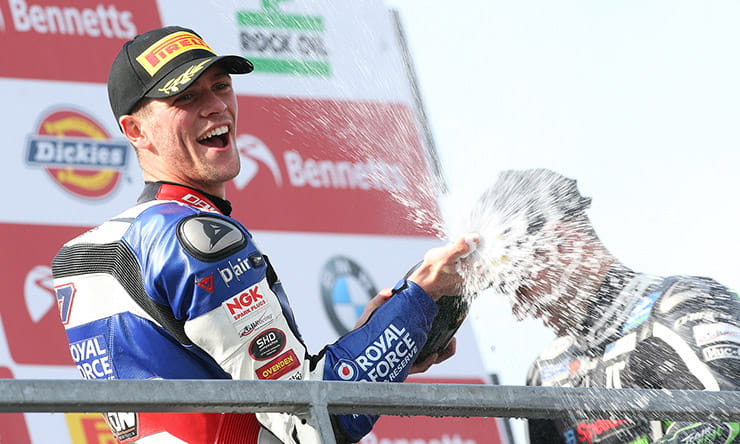 The Dover born man started from pit lane in the same race just 12 months ago and finished fourth, after a red flag cut his race short with just a handful of laps remaining.

“Last year I had the same issue, I started from pit-lane and if it wasn’t for a red flag I’d have been on the podium, so I knew it was possible.

“I knew Leon was capable of doing what he did. I always knew he would come through to the podium, but it was really, really nice to beat him in both races.

“But like I’ve always said, I’ve got no pressure on me, I’m just going out and having some fun riding my motorbike. Leon has all the pressure on him.”

Dry conditions for the second outing saw Dixon clear off at the front, and after the opening five laps he’d pulled a considerable gap on the chasing pack, but with just eight laps remaining he ran into tyre issues.

Dixon admitted that he and his team will be working over the coming days prior to leaving for the penultimate round to improve the tyre life with his Kawasaki ZX-10R, but he’s not entirely sure what will need to change to bring him the improvements. 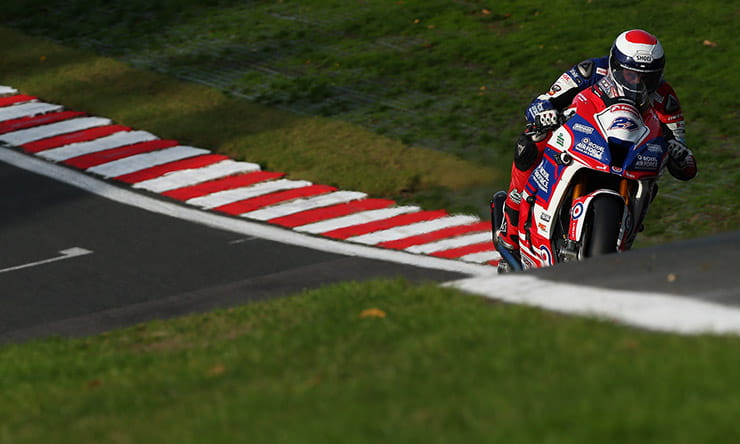 “We’ve got to try and improve the bike a little bit towards the end of the race, so we can hold on to the tyre a little longer but I’m going to Assen happy, I’ve got to work hard throughout practice and hopefully be there in the races.

Dixon’s future in the Bennetts British Superbike Championship has been a major talking point throughout the season, with rumours circulating the BSB paddock that Dixon has agreed a move to the World Moto2 Championship for 2019.

But he admitted he still has a job to complete this season, although his plans for next year are ‘panning out’ which is weight off the youngster’s shoulders as he hunts for his first British title.

“I’m happy with the way things are panning out and it makes my life a lot easier and there is a lot less pressure on me. But, I’m just going to enjoy myself at Assen and that’s all that is going to happen.”

Tickets for the trip to the TT Circuit Assen and the penultimate round of the Bennetts British Superbike Championship are available here, for just £36 for the full weekend.