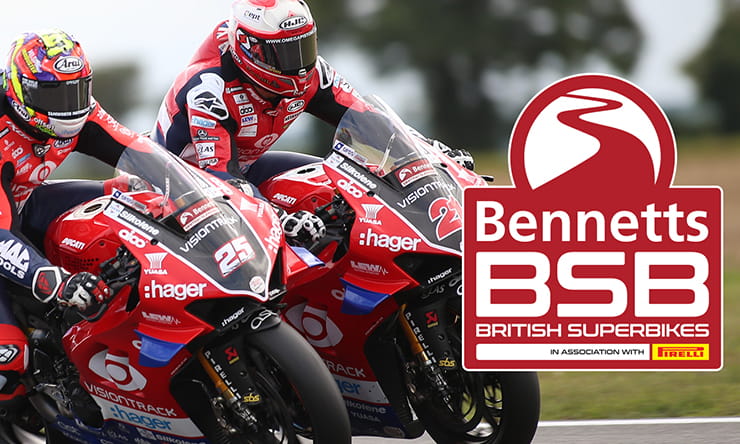 The 2021 British Superbike Championship calendar has been announced following approval by its governing body, the MCRCB.

When does British Superbikes start in 2021?

The 2021 BSB season will start on Friday the 25th June 2021 at Oulton Park, around a month later than previously planned.

After talks with the UK Government, series promoter and organiser MSVR has taken the decision that, with no further information available around the capacity limits that apply to non-seated venues during Step 3 of the Government's Roadmap plan, and due to the need to offer certainty to fans, series partners and stakeholders, the calendar has been updated and all events will now take place beyond 21 June – the date which provisionally marks the easing of spectator restrictions at large elite sporting events.

All rounds are Bennetts BSB triple-headers

Are spectators allowed at BSB in 2021?

Tickets are on sale for all 2021 BSB Race Events with the full anticipation of spectator attendance.

How many British Superbike races are there in 2021?

The main change to the 2021 Bennetts British Superbike season is the triple-header format across each of the 11 rounds, so 3 x 11 = 33 races. That’s more races in one season than ever before in its 25-year history.

The action will take places around the UK at nine circuits. We visit both Oulton Park and Brands Hatch (GP layout) twice, and while there are two trips to Donington Park, each of the two rounds held at the Leicestershire circuit will take place on alternative layouts; National and GP.

Also, having not made it onto the condensed 2020 calendar, we also return to Cadwell Park, Knockhill and Thruxton.

What is the BSB weekend format?
For each round in 2021, we welcome a slightly amended format, with the opening day hosting two free practice sessions for the Superbike class, where the fastest 12 riders overall will be seeded directly to the Day 2 Qualifying 2 (Q2) session.

Day 2 begins with a third, shorter Superbike free practice session in the morning, followed by Qualifying 1 (Q1), where the fastest three riders will progress to join the 12 seeded riders from Day 1 as they compete for pole position for the opening Bennetts BSB race, also known as the Sprint Race, and that takes place on the afternoon of Day 2.

The third and final day of competition will feature a morning warm up and the second and third Superbike races of the weekend, both of which are slightly longer.
Will there be a BSB Showdown this year?

Yes. The established Showdown format, first introduced in 2010, returns after a COVID-hit hiatus in 2020, but with some changes for 2021.

Then the top eight riders in the championship standings will graduate as Title Fighters and be elevated to 1000 points together with any Podium Points accrued in the Main Season.

Podium Points will be awarded for each main season race as follows:

For the remaining 3 rounds (9 races), points will continue to awarded to the first 15 finishers using the standard format

Additionally, The BSB Riders Cup will continue to be awarded to the first rider outside of the Title Fighters in the final standings, i.e. the rider who finishes 9th in the championship.

What if I still have tickets from 2020? Are they still valid?

Please check with each circuits T&C’s for precise details.

All events live on Eurosport and at least four live free to air (FTA) on Quest, and their respective streaming services. Further, extensive highlights on Eurosport and also a new “raceday +1” highlights programme on Quest FTA. Find out more information regarding BSB on TV in 2021 here. 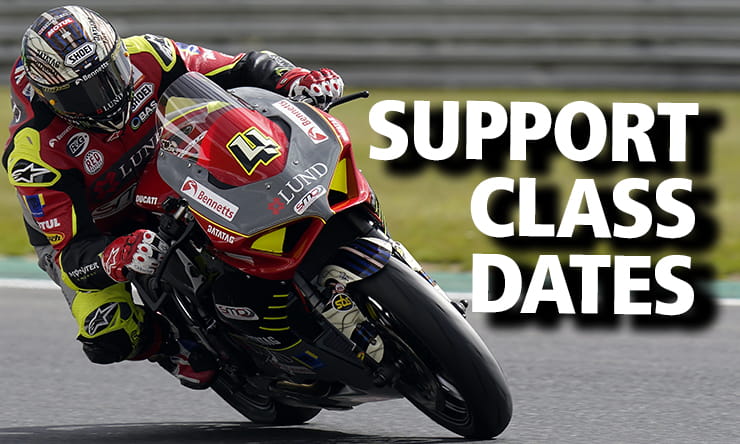