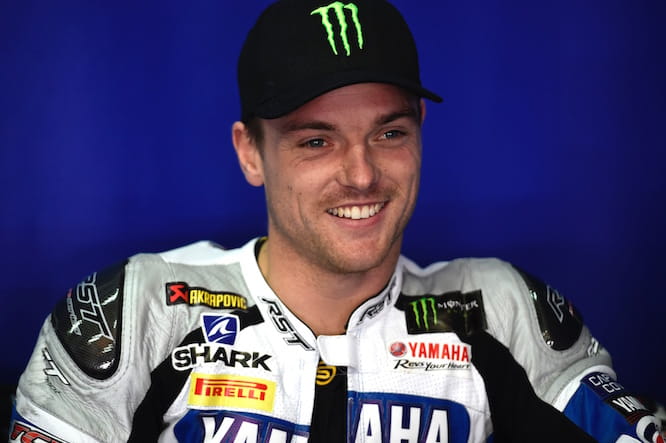 Alex Lowes will miss the remainder of the final World Superbike test at Jerez before the winter testing ban kicks in next month after dislocating his shoulder in a crash on Wednesday.

The 2013 BSB champion, who switches to Yamaha’s new YZF-R1 for the 2016 season, has enjoyed a strong testing programme so far with the all-new PATA Yamaha team, run by Paul Denning’s Crescent outfit.

While there was no indication of serious damage after the dislocation was corrected by the circuit medical staff, Lowes flew back to the UK this morning to seek specialist treatment to ensure he can regain full movement in shoulder before testing resumes in January.

Lowes completed a staggering 77 laps aboard his YZF-R1 before crashing out on Wednesday, working through a plethora of test items and electronic strategies.

“I’m disappointed not to be able to continue testing, as we have been doing a great job in understanding the R1 and developing my riding style to suit it over the past few weeks,” said Lowes. 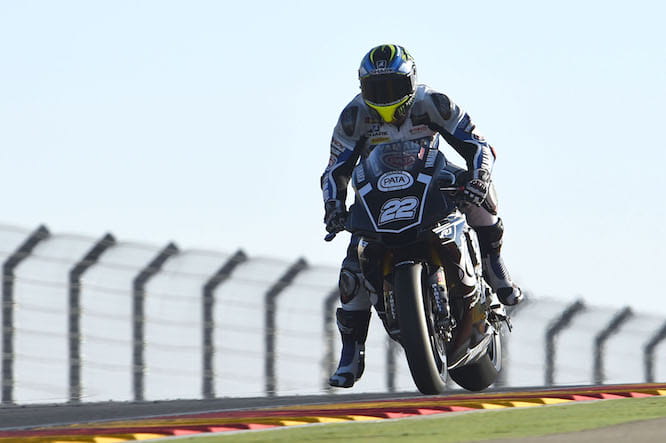 “We were unlucky with the weather at Aragon so I was looking forward to a full three days of good conditions at Jerez to really get down to business. It wasn’t to be, and my priority needs to be my fitness and rehabilitation after the crash yesterday, but we have been making some good progress so I’m pleased with the development so far.

“I felt really good on the bike yesterday and was able to be fast and consistent, I just made a small mistake – and perhaps got caught out by the trop in temperature at the end of the day – and it resulted in a pretty big crash!

“The guys have done a great job this month and I know they will continue their hard work without me, now I just need to focus on getting back to 100% so we can be in the best possible situation for the January tests and Phillip Island.”

While the Yamaha team weren’t running transponders, sources at the circuit claim Lowes was circulating in the 1’41.00 bracket, which would have made him the fastest superbike on track.

Lowes’ team mate, Sylvain Guintoli will continue to test alongside the Kawasaki, Ducati, Honda and MV Agusta teams, while the Repsol Honda, Ducati, Pramac and Aspar MotoGP teams are also on track.