Rossi vs Marquez feud rages on 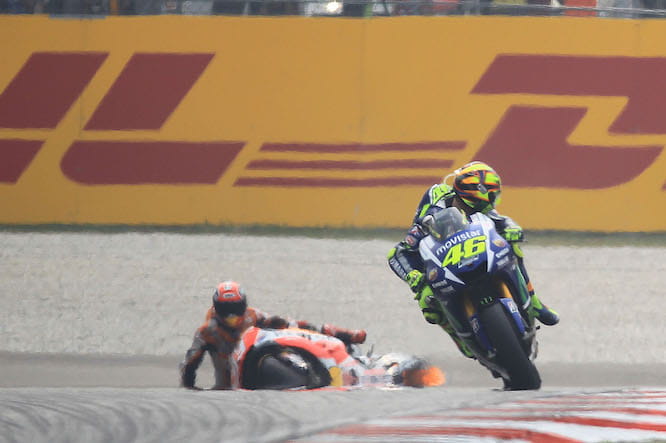 The feud between Valentino Rossi and Marc Marquez looks set to continue with the 2016 MotoGP season just around the corner.

With less than two weeks to to go until Rossi and Marquez come face to face for the first time since Valencia, both parties have fired warning shots suggesting the events of late last season are all but forgotten.

Rumours of this split first surfaced in Valencia last November but were quickly quashed as hearsay. However, sources close to Marquez have now confirmed to renowned MotoGP blogger, David Emmett, that the Spaniard has reneged on the agreement wanting to sever all ties with Rossi.

The two riders came to blows after Rossi accused Marquez of deliberately slowing him during last year’s Phillip Island Grand Prix in order to help Lorenzo win the title. The war of words led to a titantic battle on track in Sepang, which resulted in Rossi deliberately running Marquez wide with the Spaniard falling from his Respol Honda as a result of the incident.

Rossi was handed three penalty points for the move, which saw him forced to start at the back of the grid in Valencia where he was due to take on Lorenzo for the 2015 MotoGP crown. 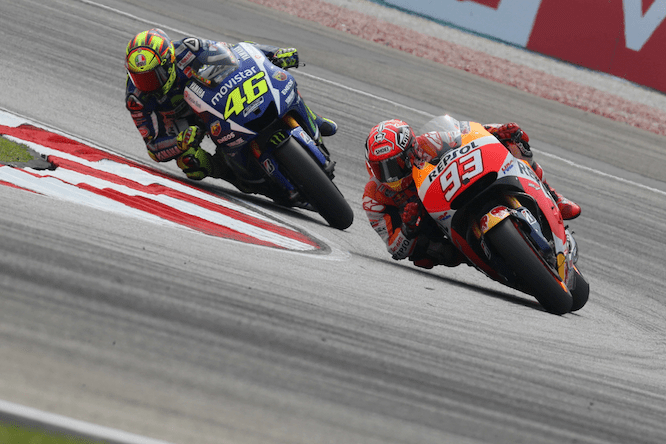 Lorenzo went on to win both the race and the championship with Marquez a close second on track, leading to more allegations from Rossi that the two Spaniards had colluded to see the nine-time world champion miss out on a tenth title.

Speaking to journalists at the Movistar Yamaha team launch earlier this week, Rossi reaffirmed his belief that Marquez deliberately obstructed his title challenge.

“At the end of last year Marquez did not show any respect for me,” said Rossi. “I asked myself [why he would do it] many times but I can’t find an answer. I think I was a scapegoat for him, he had lost the championship by making too many mistakes and needed someone to blame.

“I don’t agree with the people who say Marquez acted against me after the Sepang press conference. He had already decided to do anything he could to stop me from winning the title. My statements didn’t change anything.”

While Rossi made it clear he was willing to shake hands with Lorenzo, he quipped that ‘fortunately’ Marquez isn’t his team-mate when asked whether he’d do the same with the Repsol Honda rider.

It’s clear that neither Rossi nor Marquez is willing to forget what happened last year and with only two months until the first round in Qatar, with any luck their battle will continue on track as one of the most bitter racing rivalries this century continues to pan out.