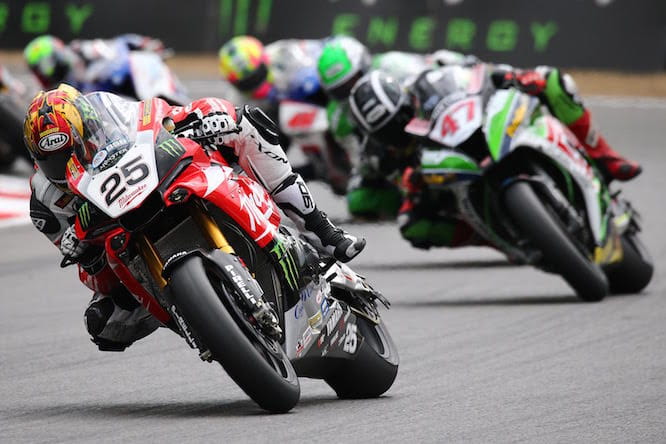 Two of the men who will be presented with the opportunity to win £50,000 in this afternoon’s second British Superbike race have claimed they won’t take up the challenge.

After qualifying on the front row for the second race later today, Josh Brookes, Richard Cooper and Shane Byrne will have the choice to move to the back row of the grid after the warm up lap, instantly netting £5000 and double championship points.

On top of that, if they can fight through to win the race they will win a monster £50,000 prize.

However, at present, all three riders have ruled themselves out of the challenge.

“I’d love to entertain it and consider it but on a professional level I can’t, I might even contractually not be allowed but I haven’t even asked that question,” said Brookes speaking after race one. “Up until today, I hadn’t won a race from the front of the grid so it’d be a bit of an ego trip if I thought I could do it from the back!

“I hope people will understand that logic because I’m going to try and make as much use of my front row grid position and score some podium credits.”

Richard Cooper, who many assumed would jump at the challenge, has also suggested he won’t play ball. 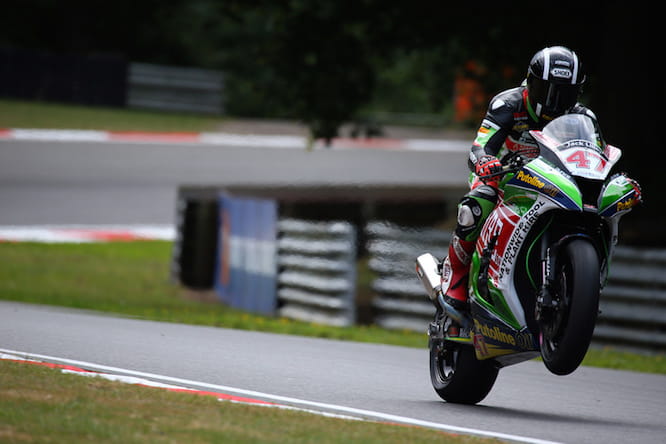 “To me it’s not about money it’s about race results and I’ve just got a podium and I definitely want more,” he said. “I wouldn’t be able to do it from the back, I think there is only a handful of riders who can, Shakey being one of them and Josh another. For myself, I need every advantage I can get and if we’ve got a front row start for race two I will do my best to make the most of it.”

Despite setting the fastest lap to secure pole for race two, Byrne suffered a heavy fall in the first race. His team is working hard to rebuild the bike ready for this afternoon but it’s unlikely he’ll take up the challenge. “It’s a nice carrot to be dangled, but I’m not a rabbit” he said speaking to journalists yesterday.

Despite this, riders don’t have to decide whether or not they will take up the challenge until after the warm up lap, meaning any of the three could change their mind at the eleventh hour.