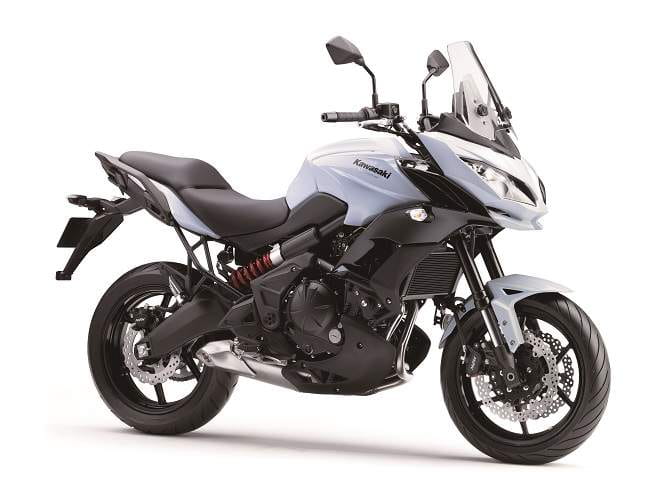 At the INTERMOT trade fair in Cologne today, Kawasaki has unveiled its latest incarnation of their Versys 650, heavily redesigned and upgraded for 2015. Both models in the Versatile System (“Versys”) range has been overhauled for the next year with the 1000cc version also seeing significant redesign and reengineering.

The middle-weight adventure bike retains its multipurposness yet has a cosmetic makeover and offers mechanical improvements too including enhanced fuel efficiency and revised engine tuning for more power higher in the rev range. 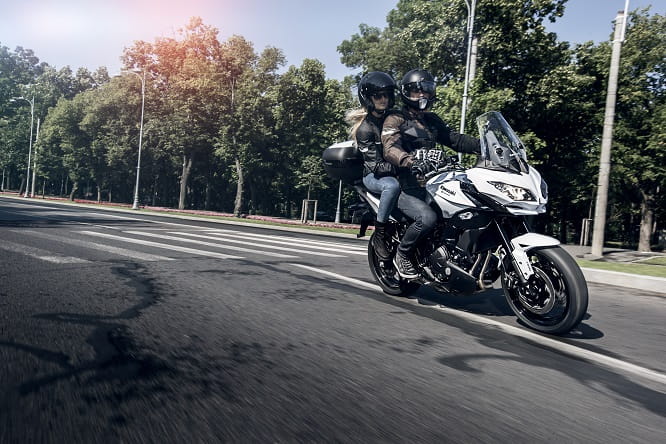 Still a 6-speed parallel twin underneath but the most obvious aesthetic upgrade is the beaky nose and side-by-side headlights as opposed to the over-and-under lights on the current model which looked like it had met a wall face on. This much more stylish 2015 version also has an all-new adjustable windscreen and new cowling to improve both looks and aerodynamics.

Suspension alterations mean the rider can adjust each of the front forks separately and there’s an adjustable pre-load for the rear. Meanwhile, the brakes have had their own private overhaul with larger discs, new calipers revised master cylinder settings and new brake pad material all contributing to stronger overall stopping power.

A stronger sub-frame allows more weight to be carried and you’ll be able to carry it further in one go because the fuel tank capacity has been increased from 19 litres to 21.

If you can’t make it to INTERMOT in Cologne this week then see the Versys 650 at the NEC for Motorcycle Live.