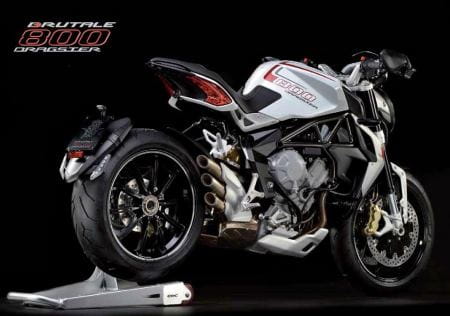 MV Agusta has revealed images of the much awaited Brutale 800cc Dragster, after hinting of the machine’s release upon revealing the Turismo Veloce 800 at the Milan Motorcycle Show in November.

With ABS and Electronically Assisted Shift, the Dragster will market in the UK for around £11,000.

MV Agusta are expected to be releasing at least one  more model this year.