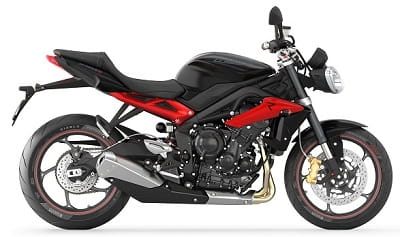 Erik Buell has a lot to answer for. No, I don’t mean the reliability issues of the bikes bearing his name, but on a more positive note, the engineering principles he pioneered. More specifically, mass centralisation, a term even conservative Triumph is now bandying about.

There wasn’t a lot wrong with the old Street Triple in most peoples’ minds, nor according to their wallets, as the vivacious middleweight was the class leader in the naked sector, but Triumph has improved it anyway, driven by the mass centralisation mantra first espoused by Buell. 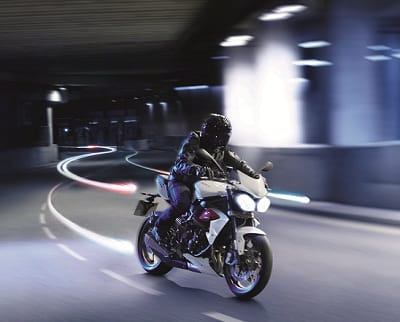 The idea is, the more you move a bike’s masses towards its centre, the more agile it will be, and sure enough, that’s exactly what Triumph has done. The Street’s exhaust is the most obvious way, being moved from high up out back to a stubby, tight position beneath the engine, while the rear subframe is a lighter cast aluminium construction. Add the lighter wheels - especially the rear at half a kilo less, and you’re looking at much more mass at the centre, and as a bonus, weight distribution improved from 49 per cent at the front to 52 per cent. There’s a total 6kg weight loss too.

The theory works, as very twisty mountain roads in southern Spain proved. The 2013 Street Triple R - with higher spec suspension, better front brakes and styling tweaks compared with the stock one, scythed its way around the bends with a natural, neutral and amazingly willing response to the bars that makes even the athletic older version feel lethargic. The motor’s unchanged - and why not, it’s fabulous - but the new intake system makes it sound deeper and stronger, and Triumph says around town it’s an incredible 30 per cent more economical thanks to throttle body changes - how about 51.7mpg instead of 39.9mpg?

The brakes feel better thanks to the reduced weight, the styling is leaner and more modern, the detailing is much better, there’s a new swingarm, headlights and bodywork, and even 10 per cet more steering lock.

This is more than a facelift, it’s pretty much a new bike, and the best just got better. Love it!