Scott Redding: "I'm still not at my full potential" 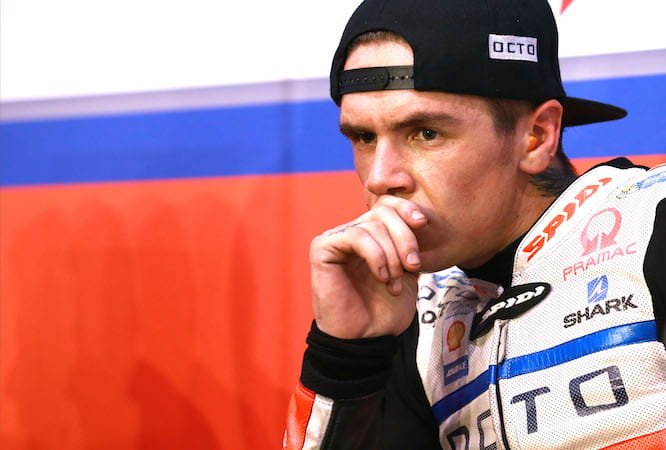 Scott Redding heads into the 2016 MotoGP season buoyed with confidence after a strong pre-season testing with his new Pramac Ducati team.

The British rider set the second fastest time at the final pre-season test in Qatar, the circuit which hosts this week’s opening round, and put in a string of competitive lap times, making his mark ahead of the 2016 season getting underway.

“I haven’t had that relaxed feeling before a race for two years, so it’s nice,” said Redding talking to journalists in Qatar. “It’s all about having that confidence in your pocket, you know the worst case scenario won’t be that bad and it is only going to get better.

“With the work we did over testing we know we are strong, we know we can be consistent and that for me is the best thing going into a race. I can already picture how I feel the race might pan out, I have a few options and to be in that position helps.”

Despite the massive step forward, Redding maintains level-headed and took a sensible approach to the three pre-season tests.

“Top six is what I predicted. It’s what I said I wanted to do. In the first two tests we didn’t worry about lap times and focused on understanding the tyres, I didn’t want to run before I could work. In Phillip Island if track conditions weren’t great so there was no point in trying to make a lap, unfortunately you saw what happened with Danilo [Petrucci]. At the Qatar test I pushed a bit more for my lap time and showed the potential I have for this season. 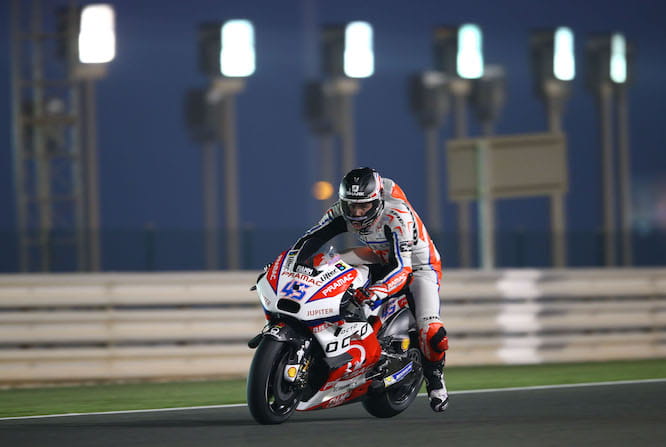 “We didn’t do a race simulation but we did some longer runs and with old tyres I was setting good lap times, even ones that had done more than race distance. That for me was a strong point of the test, every time I went out I could make a 1’55 in a space of three or four laps. That kind of built my confidence with the used tyre.”

An improvement in pace means Redding will be racing against different riders this year compared to the previous two years. If Redding is to move closer to the front, he’ll need to familiarise himself with the racecraft of riders such as nine-times World Champion Valentino Rossi.

“The thing for me that will be unknown is racing against the likes of Lorenzo, Valentino and Marquez – these guys are world champions and they don’t let up. Every lap their pace is the same, they don’t slow up and that’s what I’ve been working on. In my long run I was getting faster and faster so I showed myself I could do it. It’s small little things I’m taking from the tree to put into my plan.”

Redding’s confidence is further inflated by the knowledge that he can make further steps forward. Each time he rides his Desmosedici he’s learning something new, finding further improvements to give him the best possible start.

“Enjoying it is the main thing at the moment. I need to be able to predict what’s going to happen with the bike which I’m getting quite good at. In the past it’s something I’ve struggled with so it fills me with confidence. Every time I get on the bike I learn something and adapt more to the bike. I’m still not at my full potential, each time I’m picking things up and finding things that work. I’m not stressing to go faster, I’m just finding loads of areas we can improve and that puts me into a relaxed mind set ahead of the season.

“Looking from the last few tests I think it will be interesting. It’ll be interesting to see who fancies their chances to lead the race as that’s dangerous water. You’re setting the pace, you don’t know how the tyres are going to react and there will be Dunlop rubber down from the Moto3 and Moto2 races. Maybe the guys want to get out and go, maybe they want someone to set the pace but I’m ready for all options.”